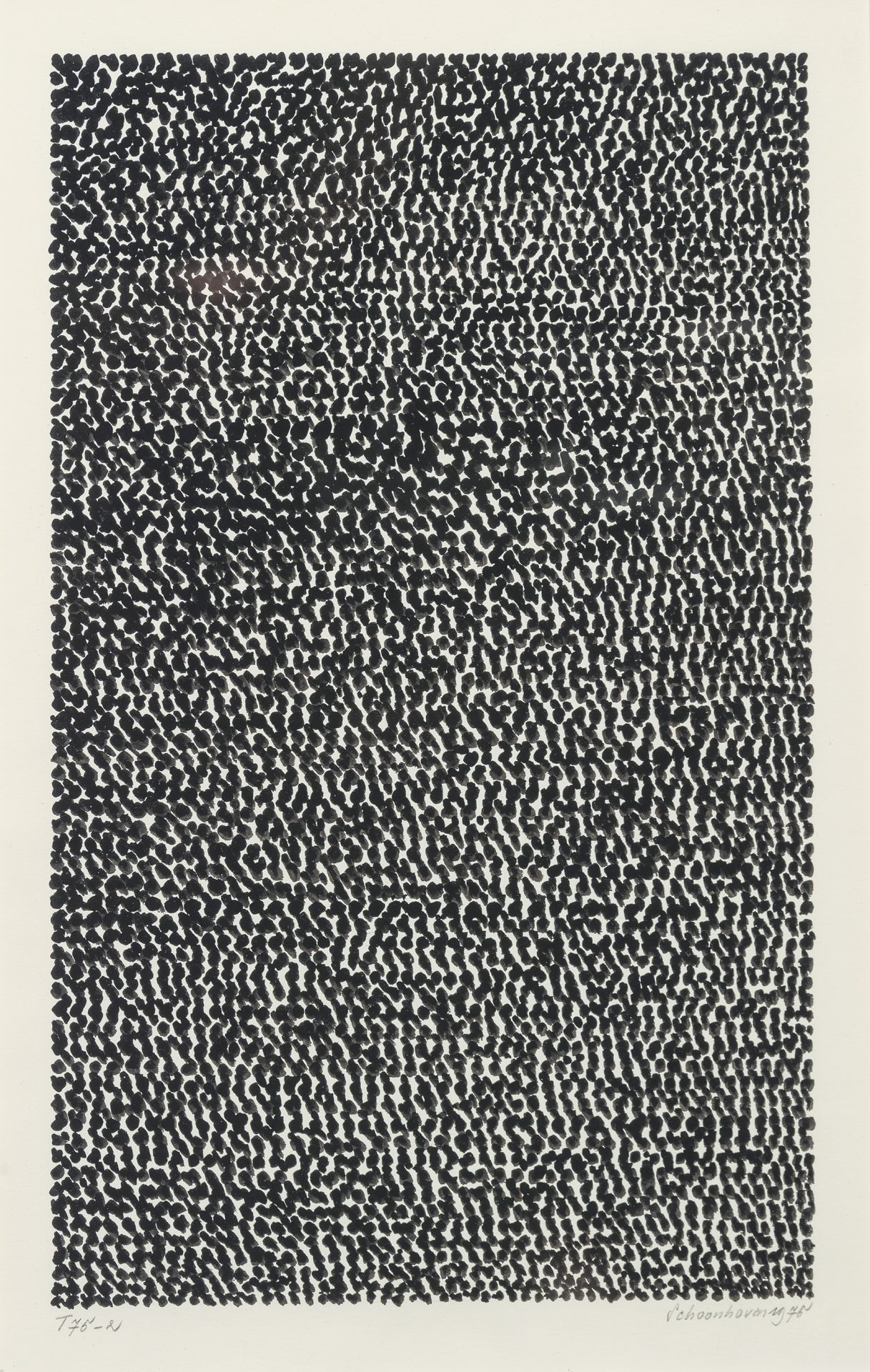 Schoonhoven’s minimalistic ideology makes his ink drawings a particularly interesting point of his artistic career. Although his colour palette and materials remained restricted, he departed from ridged geometric symmetry and experimented with expressive, bold, painterly strokes. Despite the varying strokes of each ink drawing, Schoonhoven was able to masterfully serialise the drawings with his selective colour palette and by working within a limited range of sizes.


‘T75-2’ is an identification number rather than a title. T indicates that it is a drawing (after the Dutch word for drawing ‘tekening’), 75 refers to the year it was made, and 2 signifies that it was his second drawing made in 1975.
* Condition report available upon request