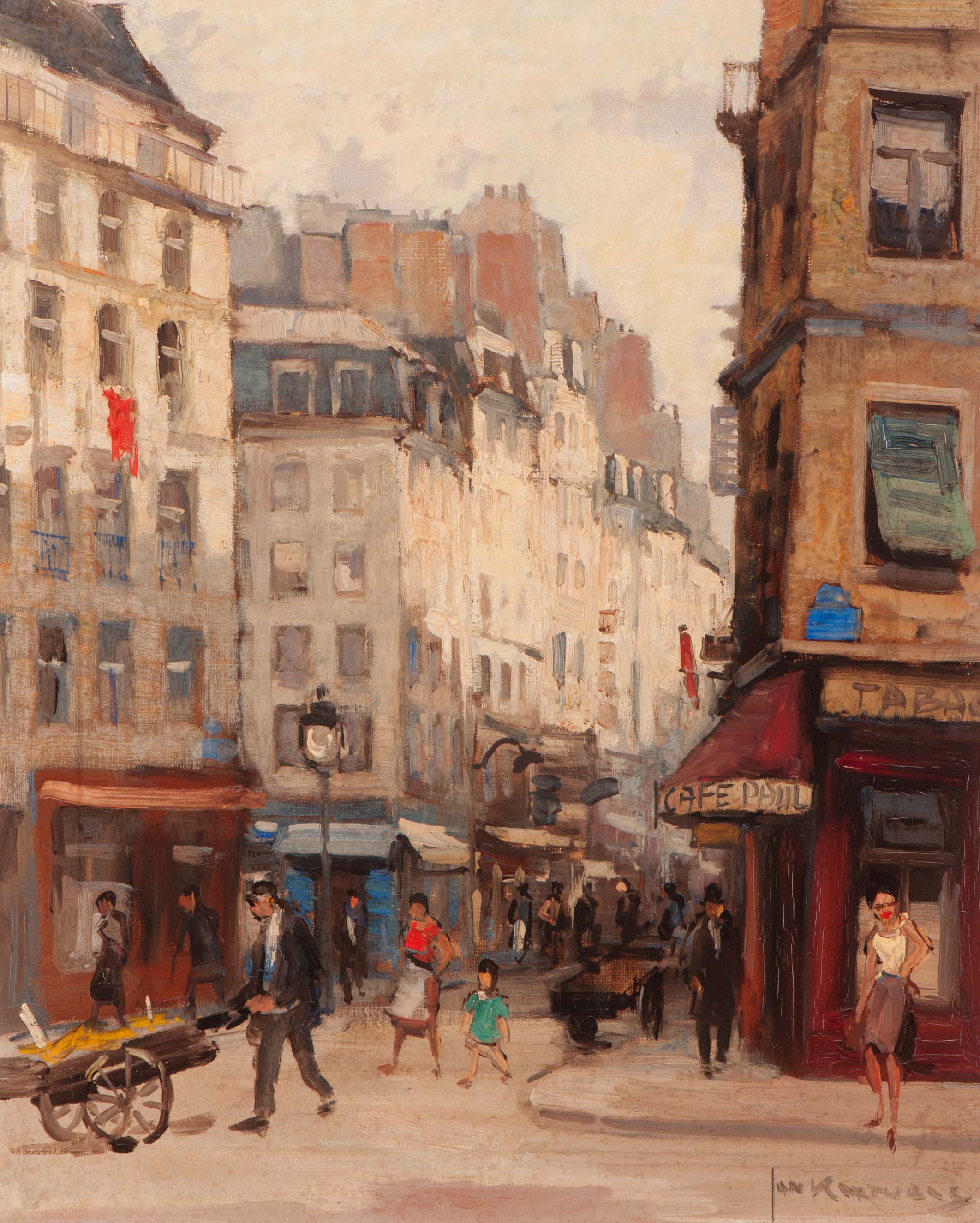 Jan Korthals
(Amsterdam 1916 – 1972)
Omgeving Hallen, Parijs
Signed l.r.
Titled on the stretcher
Oil on canvas, 50.4 x 40.8 cm
N.B.:
Les Halles were the large wholesale marketplace for fresh produce in Paris, since the 12th century this site was already in use for open air markets. When Napoleon III founded his kingdom in 1852, he had grand plans for the capital with the prestigious design of twelve boulevards in a star-shape. Because the existing market site formed an obstacle, prefect Georges Eugène Haussmann had ten covered market halls constructed of cast-iron arches built on the left bank of the Seine. The atmosphere of Les Halles still draws many tourists, known for its bars and bistro’s on the Rue Saint-Denis, where good, but also cheap onion soup is served. In the film ‘Irma la Douce’ dating from 1963 by Billy Wilder some beautiful scenes were shot in the former halls. When in 1970 the centre of the city was no longer able to cope with the growing volume of traffic generated by les Halles, the halls were demolished and the marketplace was moved outside of Paris, to Rungis. Nowadays the site of Les Halles is a large, largly underground shopping centre under the name Forum des Halles, situated near the metro station Les Halles.