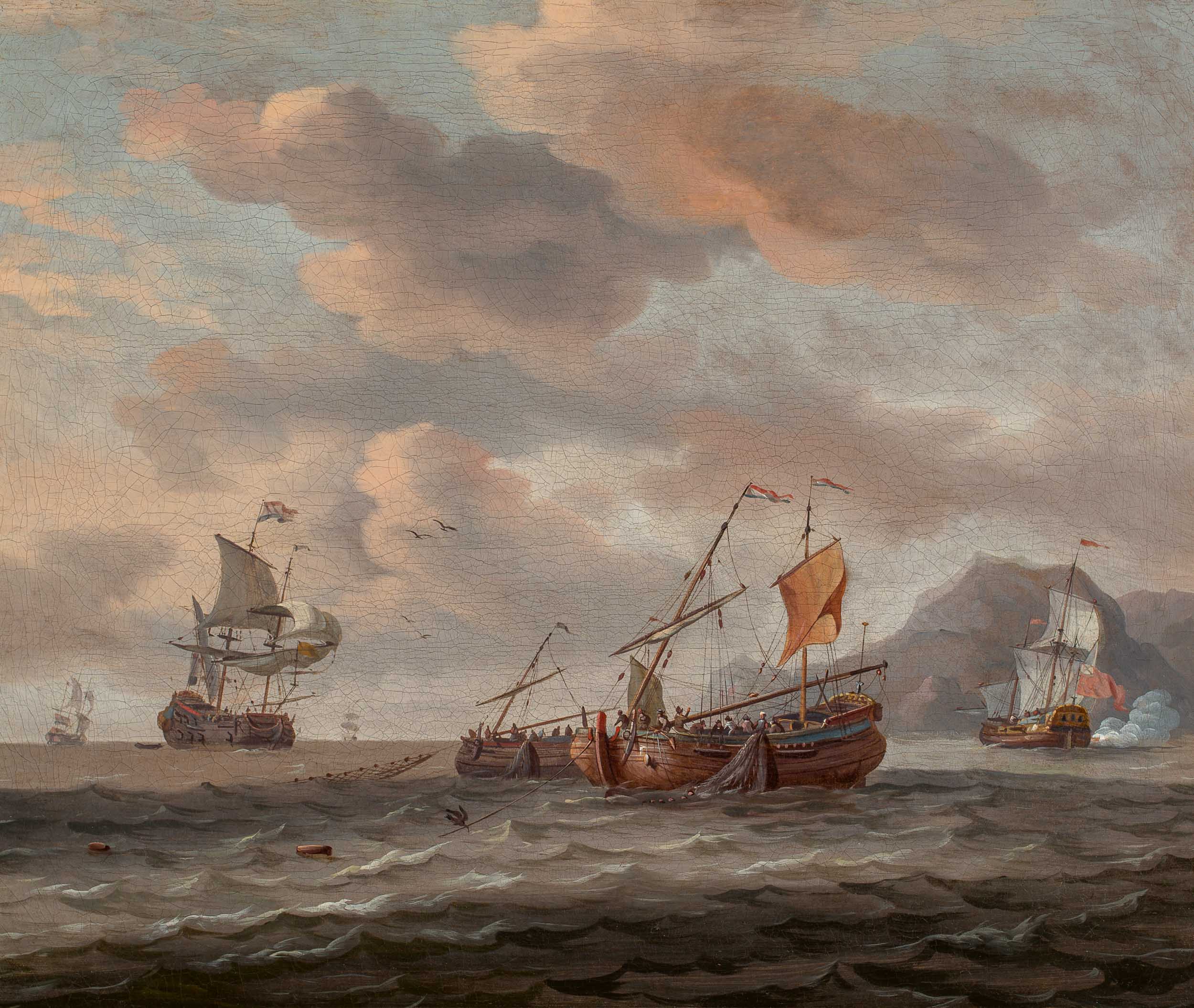 Jan Karel van Beecq
(Amsterdam 1638 – 1722)
Fishing boats and warships at sea
Oil on canvas, 53.2 x 64 cm
Provenance:
Private collection, the Netherlands
Note:
The Dutch marine Jan Karel Donatus van Beecq was active in England and later in France, where he became a member of the Academy in 1681. According to the record of his death in the minutes of the French Académie, Van Beecq was born in Amsterdam in 1638. Usually his paintings depict warships and battles out at sea, or scenes of harbours with palatial classical buildings standing directly on the waterfront. This painting depicting herring fishermen is probably situated near Spitsbergen and is a typical representation of his work. In the foreground the full fishing nets are brought in, in the background floats a warship. From 1684 and onwards Van Beeck received Royal commissions which he signed with PRC (Pro Rege Christianissimo). In 1685, four Van Beecq paintings were placed in the new palace of King Louis XIV in Marly-le-Roi.