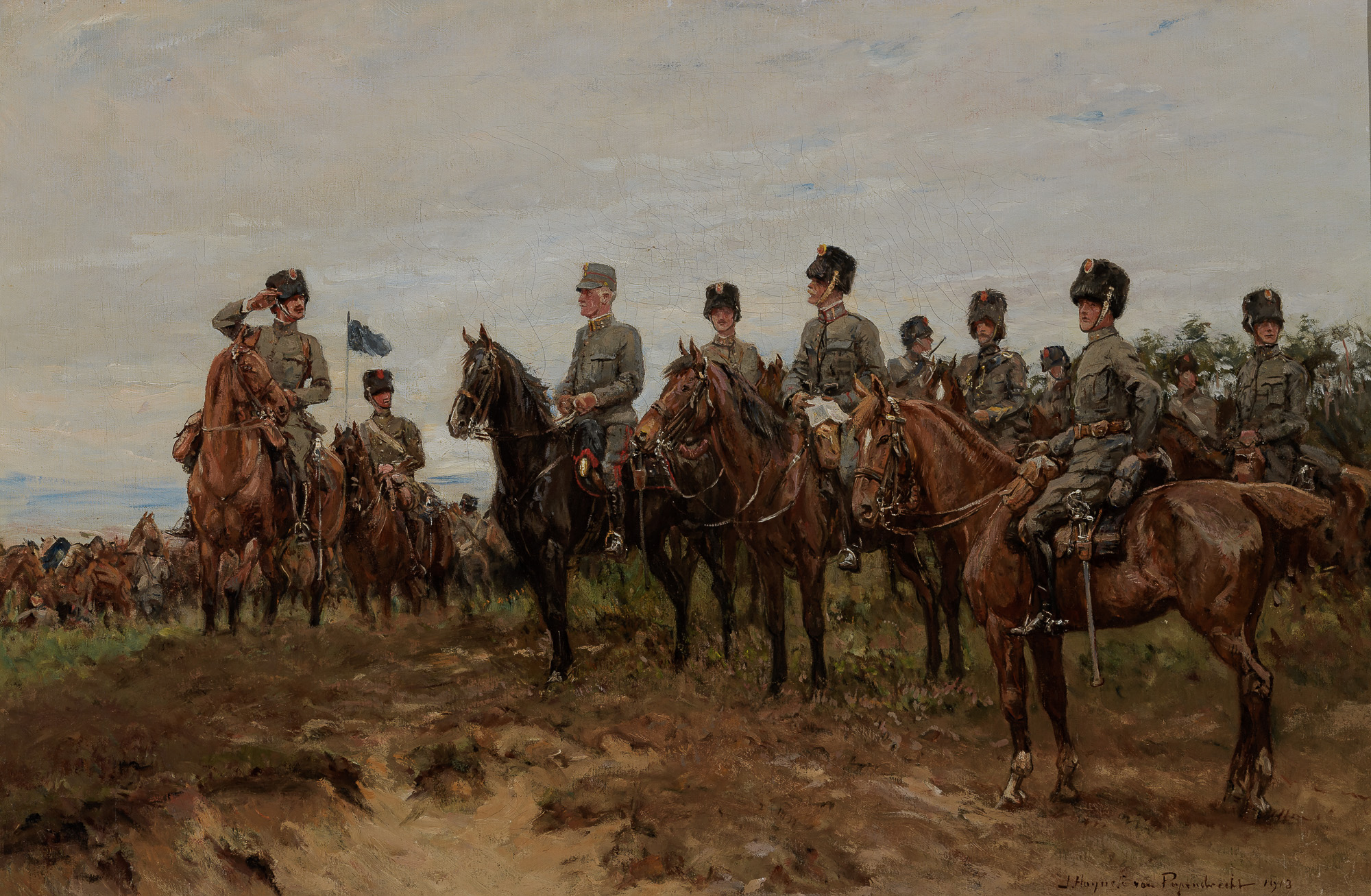 Jan Hoynck van Papendrecht
(Amsterdam 1858 – The Hague 1933)
Cavalrists of the Regiment Huzaren No.2
Signed and dated 1918 lower right
Annotated W.H. Piepers, Generaal-Majoor Commandant der Cavalerie Brigade 1914 – 1918 on the reverse
Oil on canvas, 50.1 x 76.4 cm
Provenance:
– Kunsthandel Gebroeders Koch, The Hague/Rotterdam
– Private collection, the Netherlands
Note:
Jan Hoynck van Papendrecht is known for his military subjects and figures. Because of his military knowledge and accuracy in the depiction of the subjects, his works count as a source of historical reference. It is established that each part of the attire of, for instance, a soldier, was rendered in every detail.