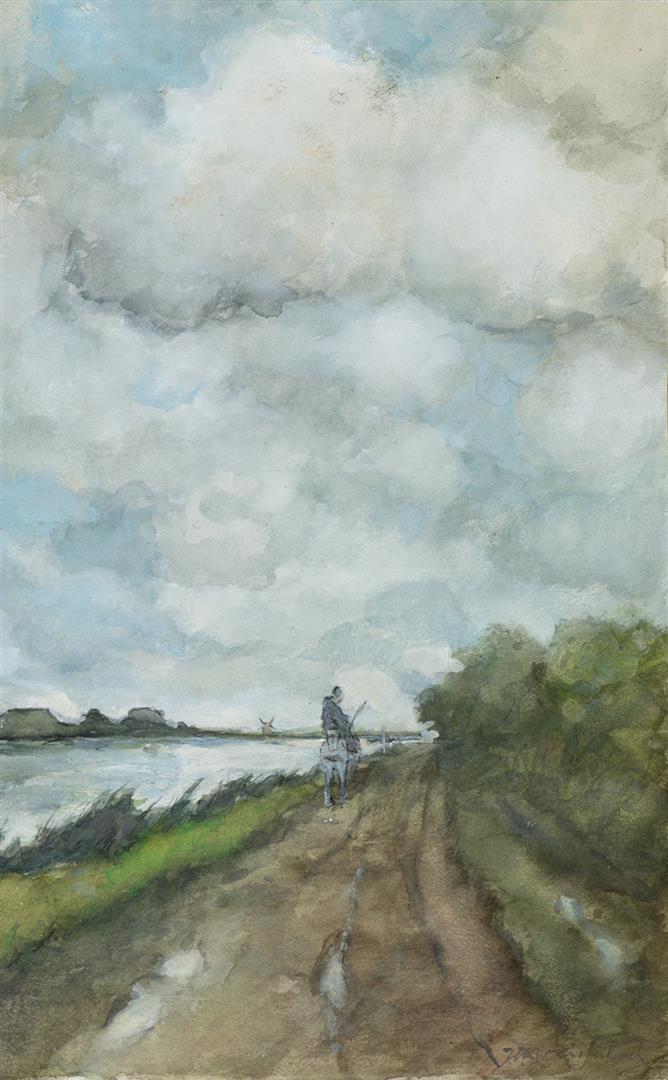 Jan Hendrik Weissenbruch, also known as Hendrik Johannes Weissenbruch, was a Dutch painter of the Hague School. Although Weissenbruch was trained in the Romantic tradition, in the 1860s he swifted towards a more realistic way of working, often ‘en plein air’. In the 1870s Weissenbruch started to execute more and more watercolours which were well suited for working en plein air. Soon the artist became noted as one of the most important watercolour artists of his time and contributed greatly to the fame that the Hague School would acquire in this art form. A Horseman on a Towpath Near Noorden was created near Noorden and Nieuwkoop, where Weissenbruch often resided. The present lot shows an almost archetype image of a Dutch polder landscape, where light, sky and clouds predominate. Weissenbruch painted this particular scene several times, on which he commented: “The sky in a painting, that’s a thing! A huge thing! Air and light are the great magicians. The sky determines the painting. Painters can never look at the sky enough.”