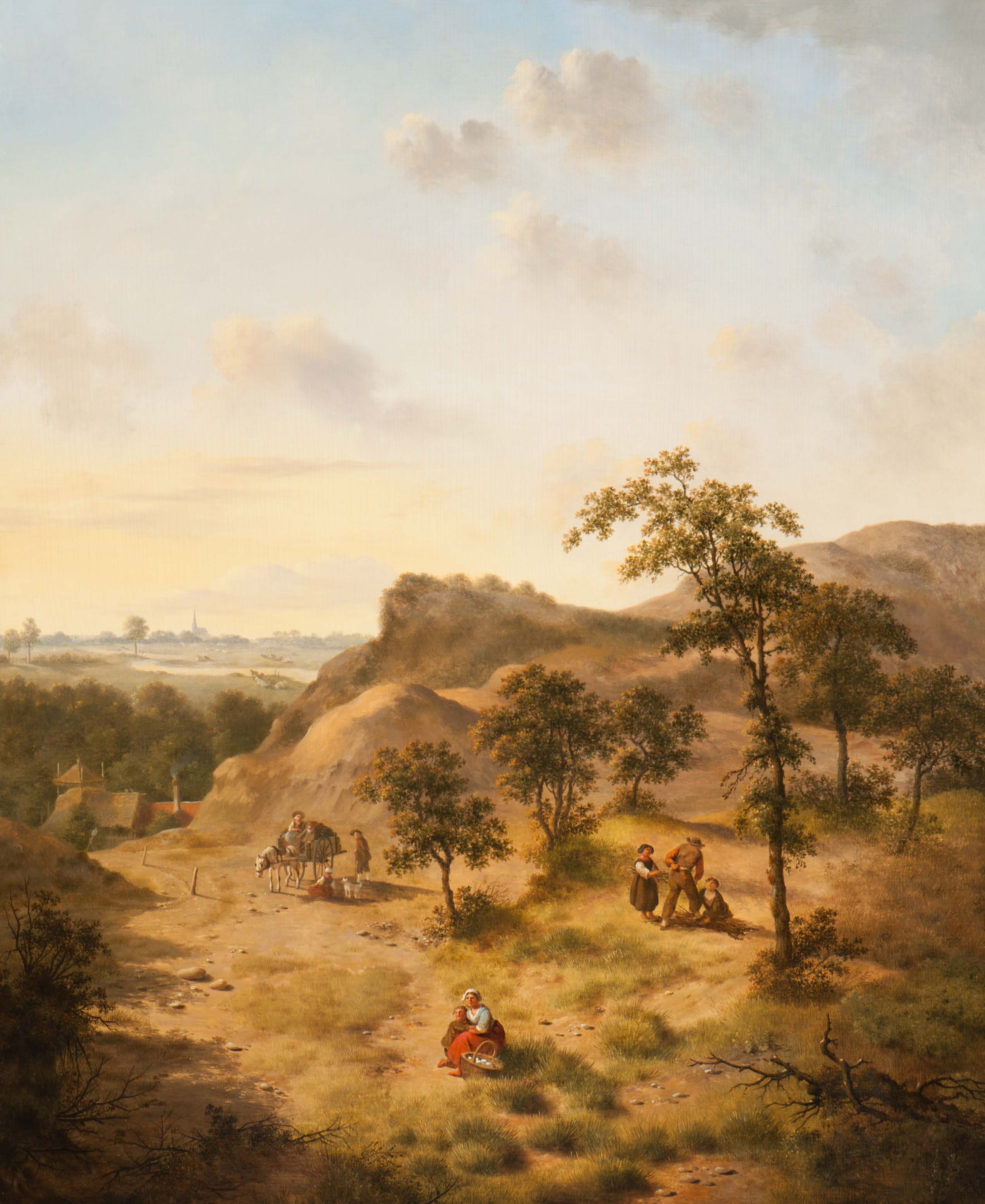 Jan Hendrik Verheijen
(Utrecht 1778 – 1846)
Wood gatherers and folk on a wooded hill
Signed l.l.
Oil on panel, 61.6 x 50.9 cm
N.B.:
Verheijen began as pupil of a notary, but soon decided to switch his education for a spot in the studio of carriage- and jewellery painter Oste, in Utrecht. His parents supported this striking decision due to his relentless apetite for painting from an early age onward. Subsequently he concentrated on copying works from the cabinet of his professor Bleuland, after which he developed himself in the painting of cityscapes, portraits and, of course, landscapes. Verheijen is known for his meticulously painted works, recognisable for their warm colours.