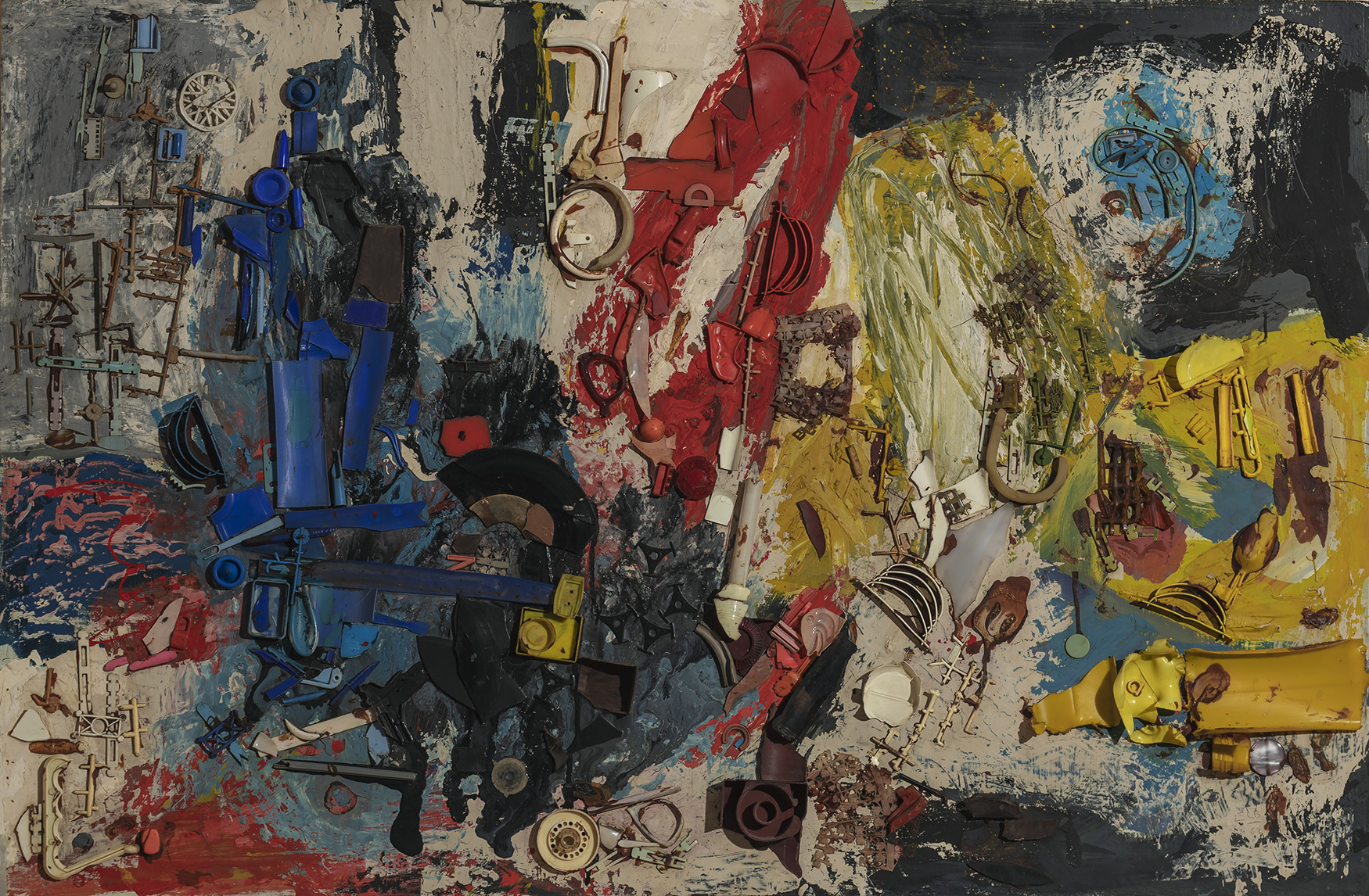 Jan G. Elburg
(1919-1992)
Untitled (1962)
Signed and dated 62 lower right
Assemblage and oil painting, 81.9 x 125.3 cm
Provenance:
Acquired from family of the artist by the present owner
Note:
“Actually, I am always experimenting”, is how painter and poet Jan Elburg typifies his work in 1948. Elburg is considered one of the most influential poets of the Vijftigers, a group of experimental poets who rebelled against the traditional norms in art and society in the 1950s. Just as in his poems, Elburg saw visual art as a kind of game and experimented extensively with techniques and special effects, from candle wax drawings to working on polystyrene foam.

In the early 1960s, surrealist assemblages and objects also emerged in Elburg’s oeuvre. Under the influence of the pop art movement, he started to elevate everyday objects from the consumer society to art by creating paintings on panel, to which plastic was added. This present lot, an informal Dadaistic assemblage constructed of plastic waste materials, is reminiscent of the politically engaged work of Robert Rauschenberg and Edward Kienholz. Just as these artists, Elburg does not see art as separate from society. This connection between art and social engagement is the common thread running through the artist’s entire oeuvre. The diversity of his work demonstrates the truth of Elburg’s words, that he did nothing but play and experiment with images and language.
* Condition report available upon request