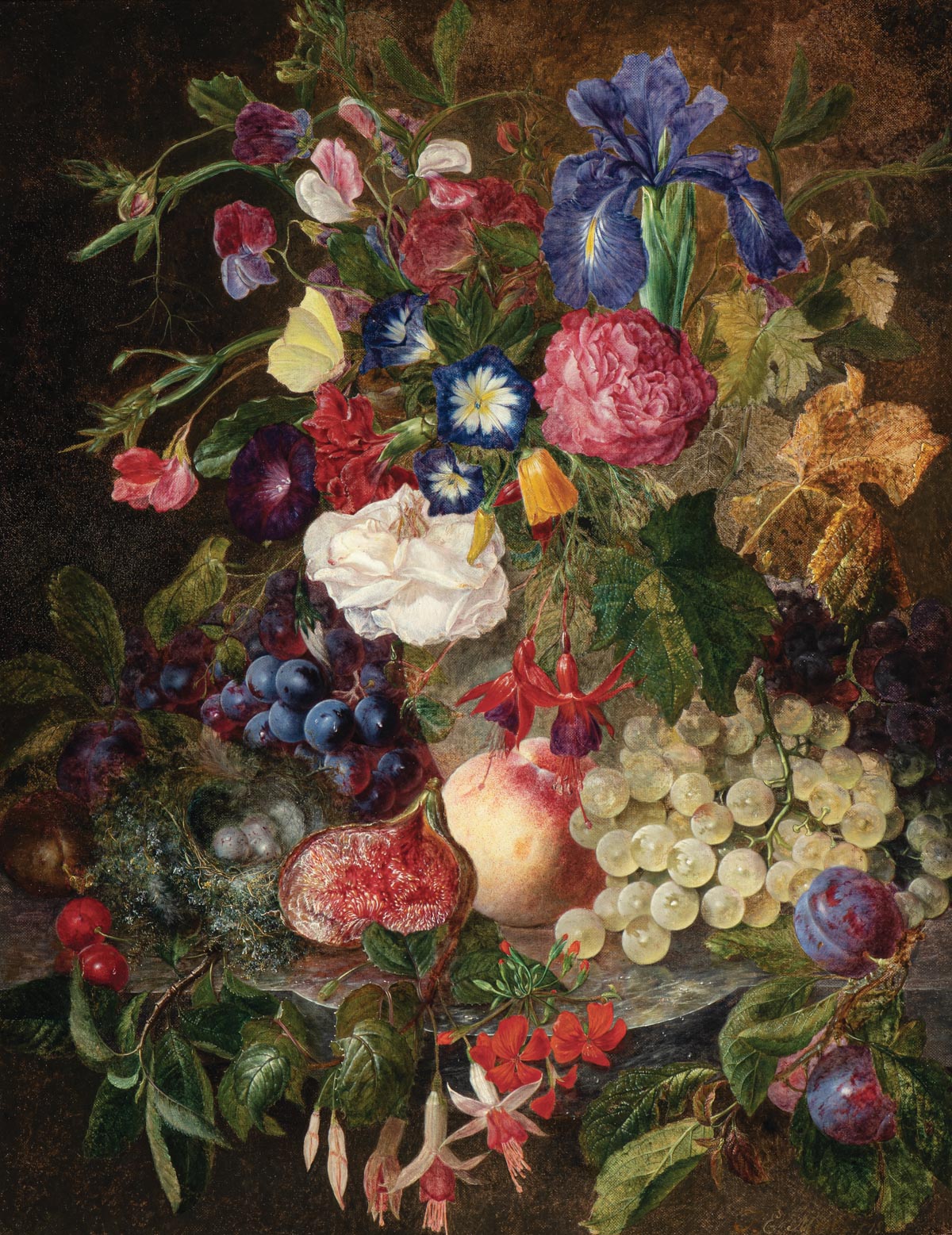 Jan Evert Morel I
(Amsterdam 1769 – 1808)
Still Life with Fruits and Flowers on a Ledge
Signed and dated 1805 lower right
Oil on canvas, 54 x 42.3 cm
Provenance:
– Bond Street Galleries, London
– Private collection, the Netherlands
Note:
Born in Amsterdam, Morel was a student of Jacob Linthorst (1745-1815) who taught him to depict flowers and fruits. Morel continued his training under Dirk van der Aa (1731-1809) in The Hague, who was primarily active as a decorative panel painter for carriages. For a while, Morel himself also worked as a painter of carriages, but he mainly focused on painting floral still lifes, through which he earned his living. Morel passed away at the age of thirty-eight. A few months after his death, the Rijksmuseum acquired a painting by him. Today, the museum owns several works by the talented painter, all depicting beautiful flowers, such as this well-executed still life of various fruits and flowers on a ledge.