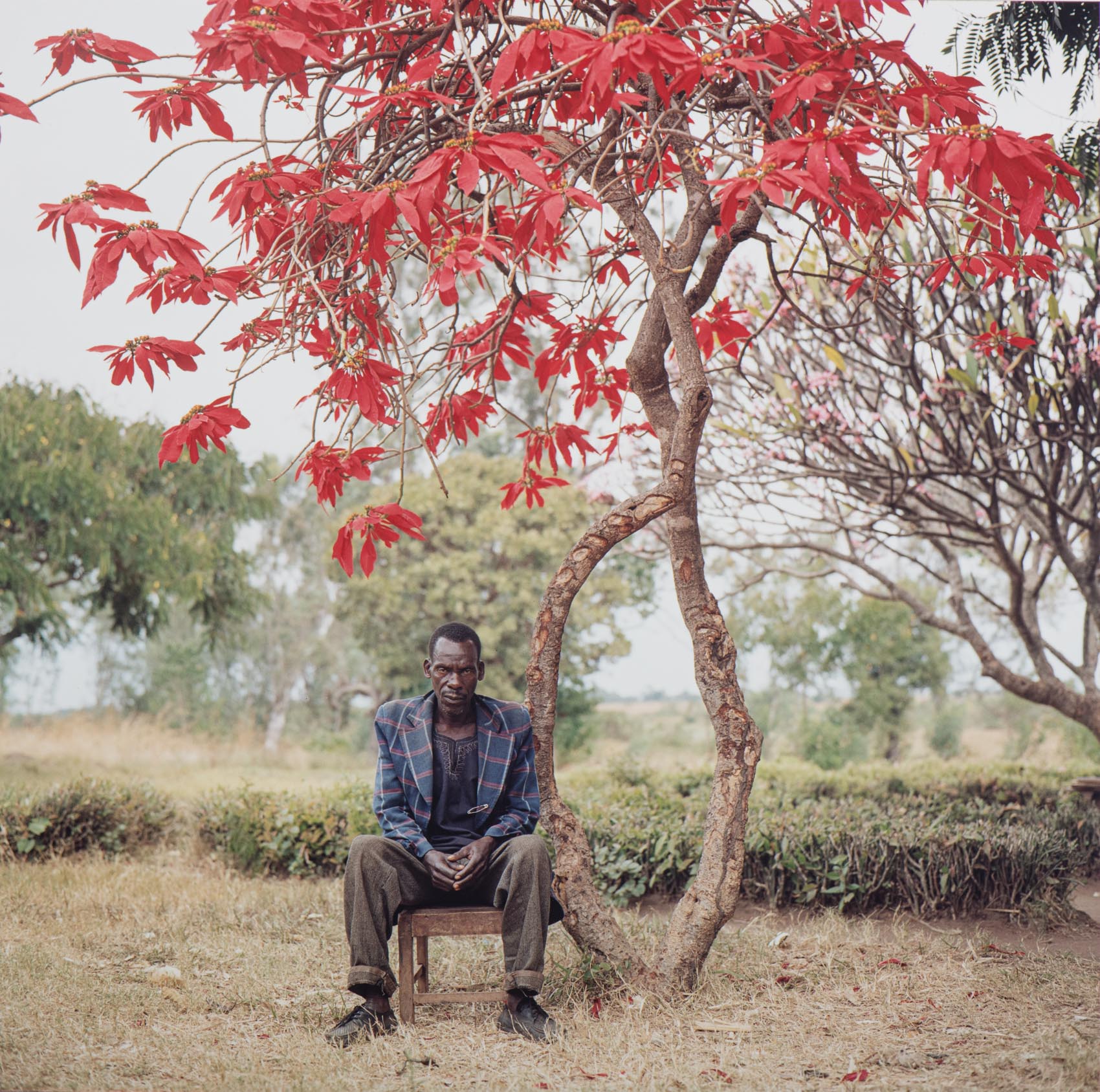 Jan Banning
(Almelo 1954)
Village chief (‘Amfumu’) Fanyel Dickson (2005)
C-print mounted on aluminum, 79.9 x 79.9 cm
Provenance:
– Artipoli Art Gallery, Noorden
– Private collection, France
Note:
The man in this photo is Fanyel Dickson (1945), the village chief (‘Amfumu’) of Dickson, a typical small town in Malawi, which is one of the poorest country in the world. In 2005, photographer Jan Banning travelled to this typical remote village of fifty households, and portrayed each family. Together with journalist Dick Wittenberg, he documented their lives; their plans, their worries, their shame and their heroic attempts to lead an ordinary life despite the extreme poverty and hunger they live in. The publication of this Dickson story in the weekend magazine of the Dutch newspaper NRC Handelsblad, triggered a spontaneously organised fundraiser. The money was distributed among the villagers and invested in corn, fertilizer, and water pumps. In 2015, Banning and Wittenberg returned to Dickson to document how a little outside help had changed the people’s quality of life. All the portraits Banning made in 2005, including this photo of Fanyel Dickson, were displayed in the exhibition ‘Report From Dickson, Malawai’ in 2006 at Kunsthal Rotterdam.