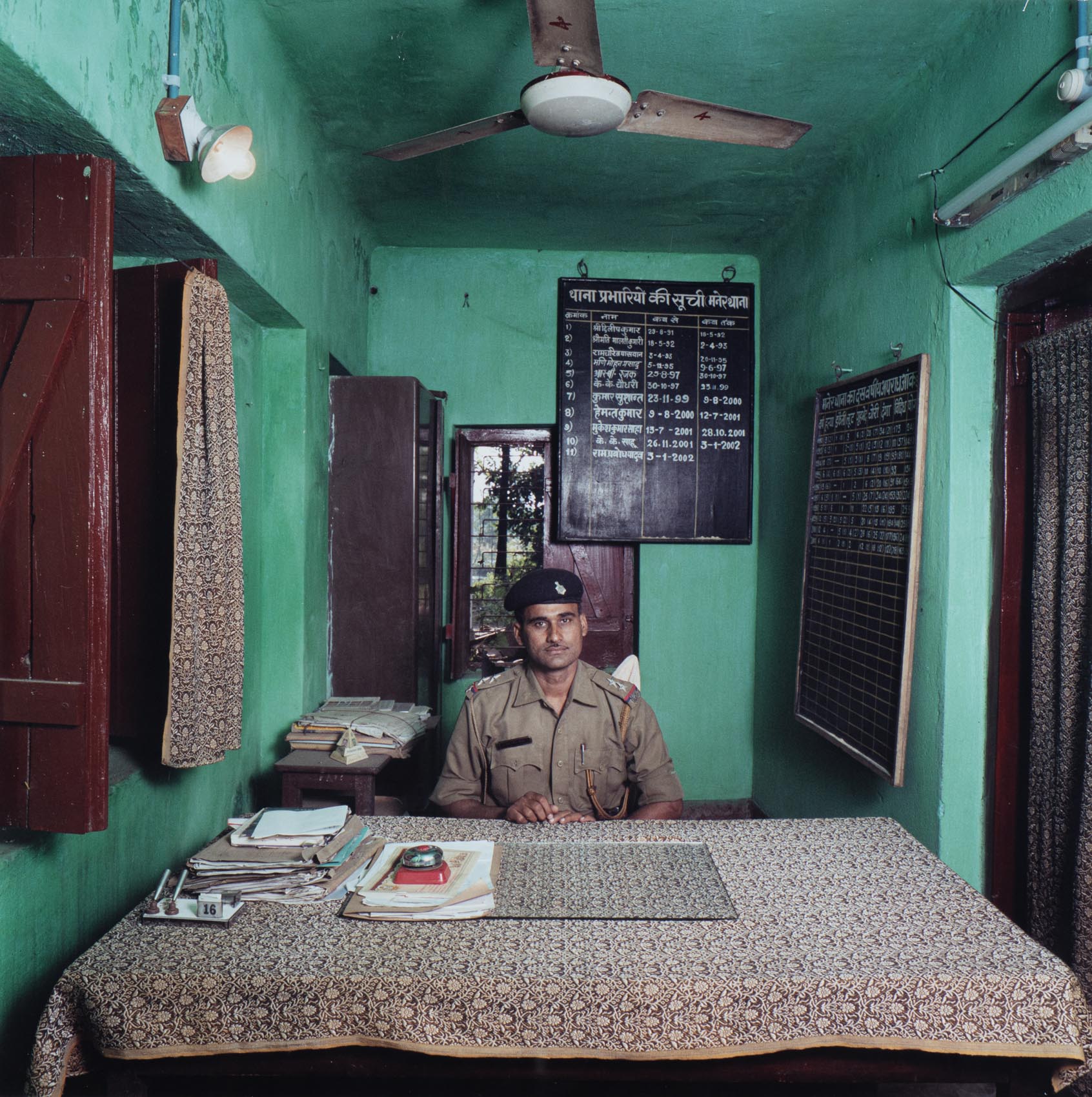 Jan Banning
(Almelo 1954)
India-01/2003 [Man., RY (b. 1970)] (from the Bureaucratics) (2003)
Signed, annotated India, Bihan, dated 2003 and numbered 1/15 on the reverse
Chromogenic print mounted on dibond, 79.5 x 79.5 cm
Provenance:
Acquired from the artist by the present owner (2008)
Note:
This lot is sold to benefit the Colourful Children Foundation in India (www.colourfulchildren.nl). This photo is part of the prizewinning series ‘Bureaucratics’ by Jan Banning. The series is a comparative photographic study of the culture, rituals, and symbols of state civil administrations and their servants in eight countries on five continents, selected on the basis of political, historical, and cultural considerations: Bolivia, China, France, India, Liberia, Russia, the United States, and Yemen. The photos show what a local citizen would be confronted with when entering the office: “I visited up to hundreds of offices of members of the executive in different services and at different levels. The visits were unannounced and the accompanying writer kept the employees from tidying up or clearing the office”, Banning explained. The man in this photo is Rp Yadav, a sub-inspector of the police in Maner Block. India’s weighty bureaucracy is an inheritance from British colonial times. Some 6,500 civil servants are employed at state level in Patna, the capital of Bihar. In 2004, Banning won the first prize of the World Press Photo in the category of Documentary Portrait Series and the Prize of Prague for this India chapter of the Bureaucratic series.