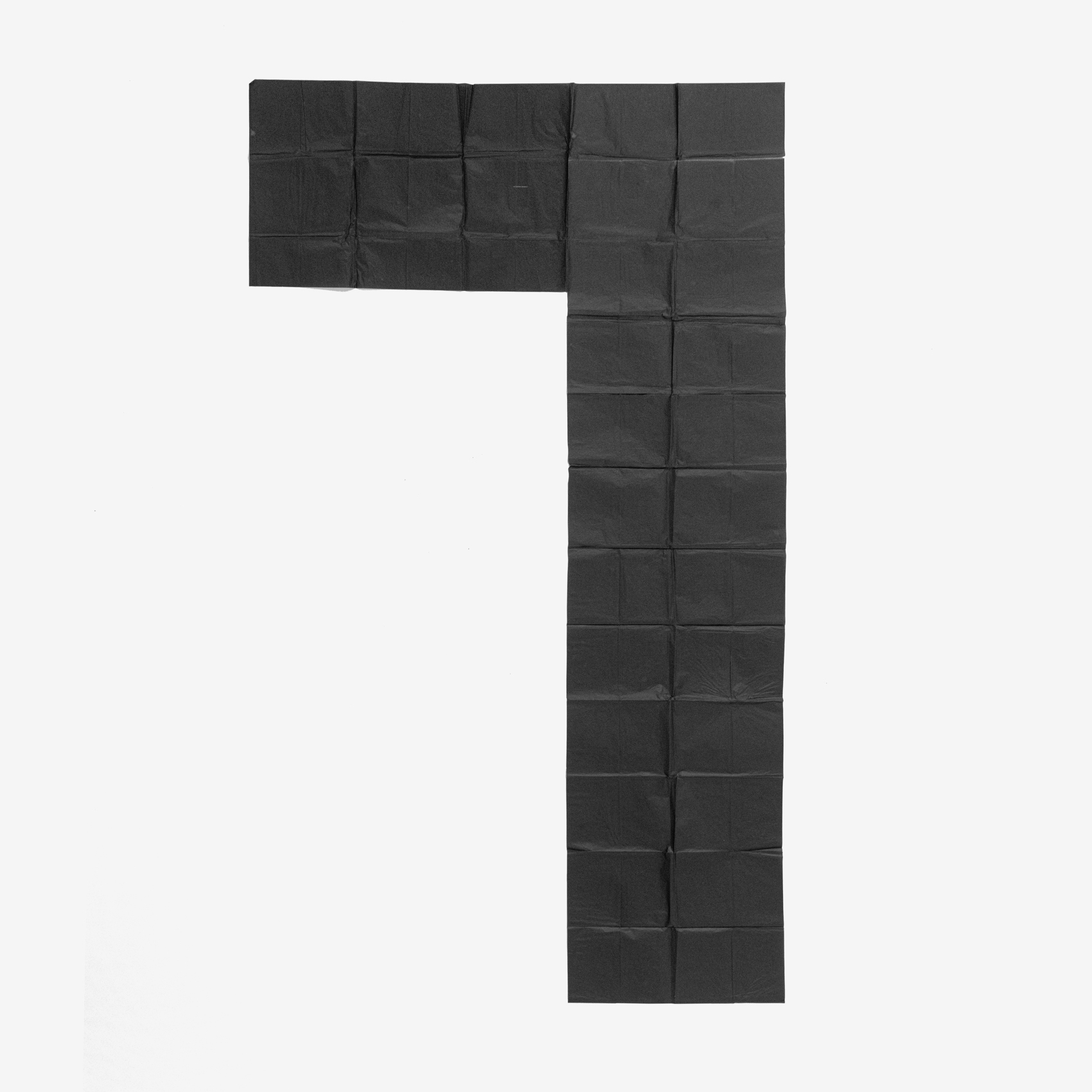 James Lee Byars
(Detroit 1932 – Caïro 1997)
The 5 Continent Documenta 7 (1979)
Folded black tissue paper forming the numeral seven, inscribed The Five Continent Documenta 7 upper centre
Edition size unknown
Letter object, approx. 220 x 122.5 cm (unfolded)
Note:
In March 1979, James Lee Byars debuted The 5 Continent Documenta 7, a protest against what he assumed would be the Western-centric perspective of the forthcoming Documenta 7 (1982). He thought that each of the five curators of Documenta ought to travel to another continent in order to present artists from continents other than Europe and North America. The project was initiated in Groningen in collaboration with Corps de Garde and would be manifested in the form of both letters, such as this work on offer, and performances in different cities throughout Europe.

On the occasion of the project, Byars sent large-format tissue paper works in the form of a seven to various exponents of the art scene, such as Joseph Beuys, together with a request that they be attached to house walls.The materials distributed as part of The 5 Continent Documenta 7 were intended to question the art world’s Western-centric perspective, while the letters also functioned as desirable collectibles within his network of art-world insiders.