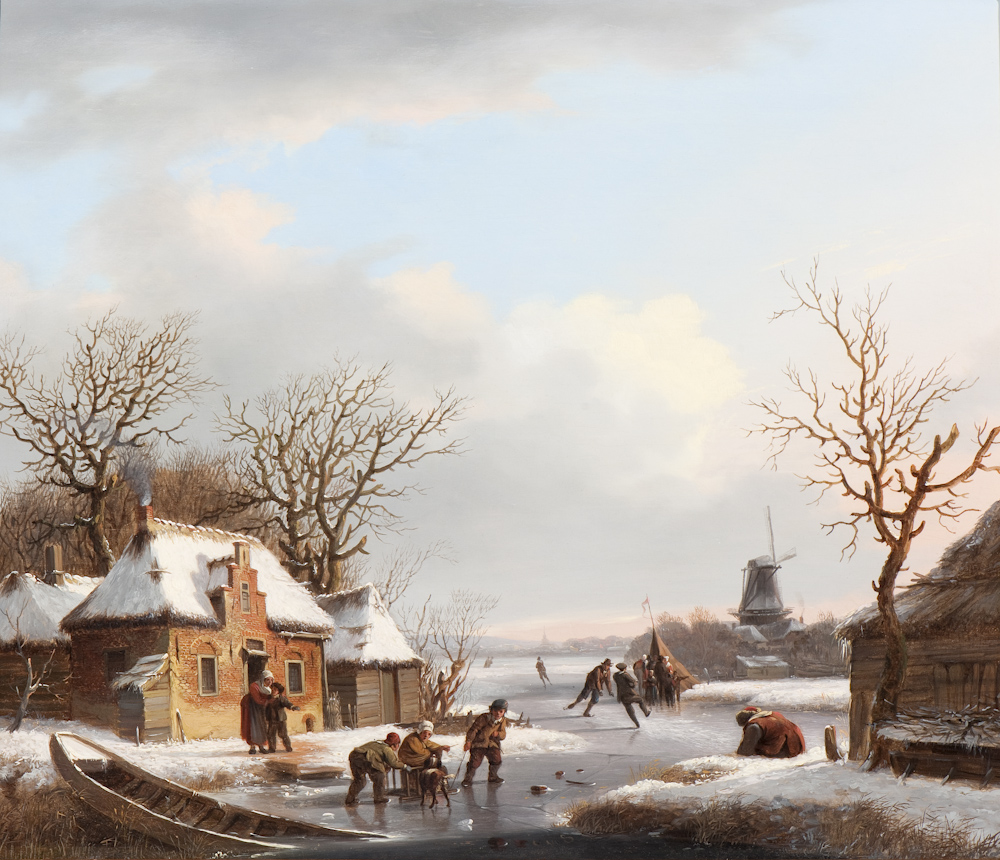 Jacobus van der Stok
(Leiden 1794 – Amsterdam 1864)
Icescape with ‘koek-en-zopie’ vendors
Signed with initials l.m.
Oil on panel, 38.2 x 45 cm
Provenance:
Private collection, Switzerland.
N.B.:
Koek-en-zopie is a designation that is used for the food and drink that was sold on the ice during the skating periods. In the 17th up to the 19th century ‘zopie’ consisted of a warm mixture of bock beer and rum with added eggs, cinnamon and cloves. Later, in the 20th century koek-en-zopie vendors often sold warm punch.
* In addition to the customary buyer’s premium, an additional 19% import duties will be levied on the hammer price