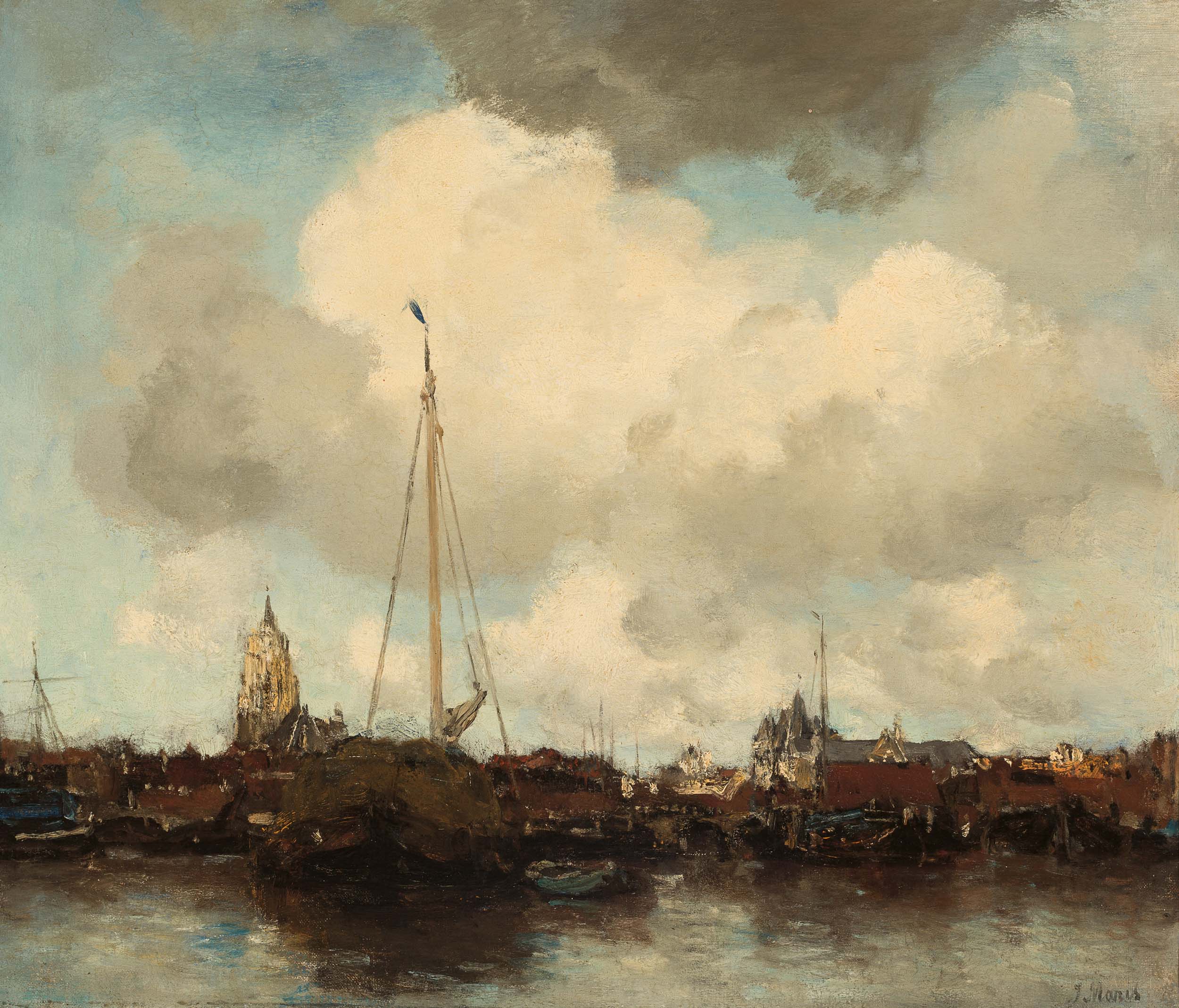 Maris’ cityscapes are usually not topographically accurate, which is why his works are mostly given neutral titles. Above all, he was interested in composition and atmosphere. The painter himself said: “If I feel it is necessary to interrupt the long, straight roof lines, I simply add a domed roof, especially where the sky or cloud formation calls for such support. Why should I not be allowed to build my own cities?”
This philosophy resulted in works that breathe mood and atmosphere.
The cityscapes do consist of existing architectural elements, such as the tower in this painting, which is strongly reminiscent of the Dom Tower in Utrecht.