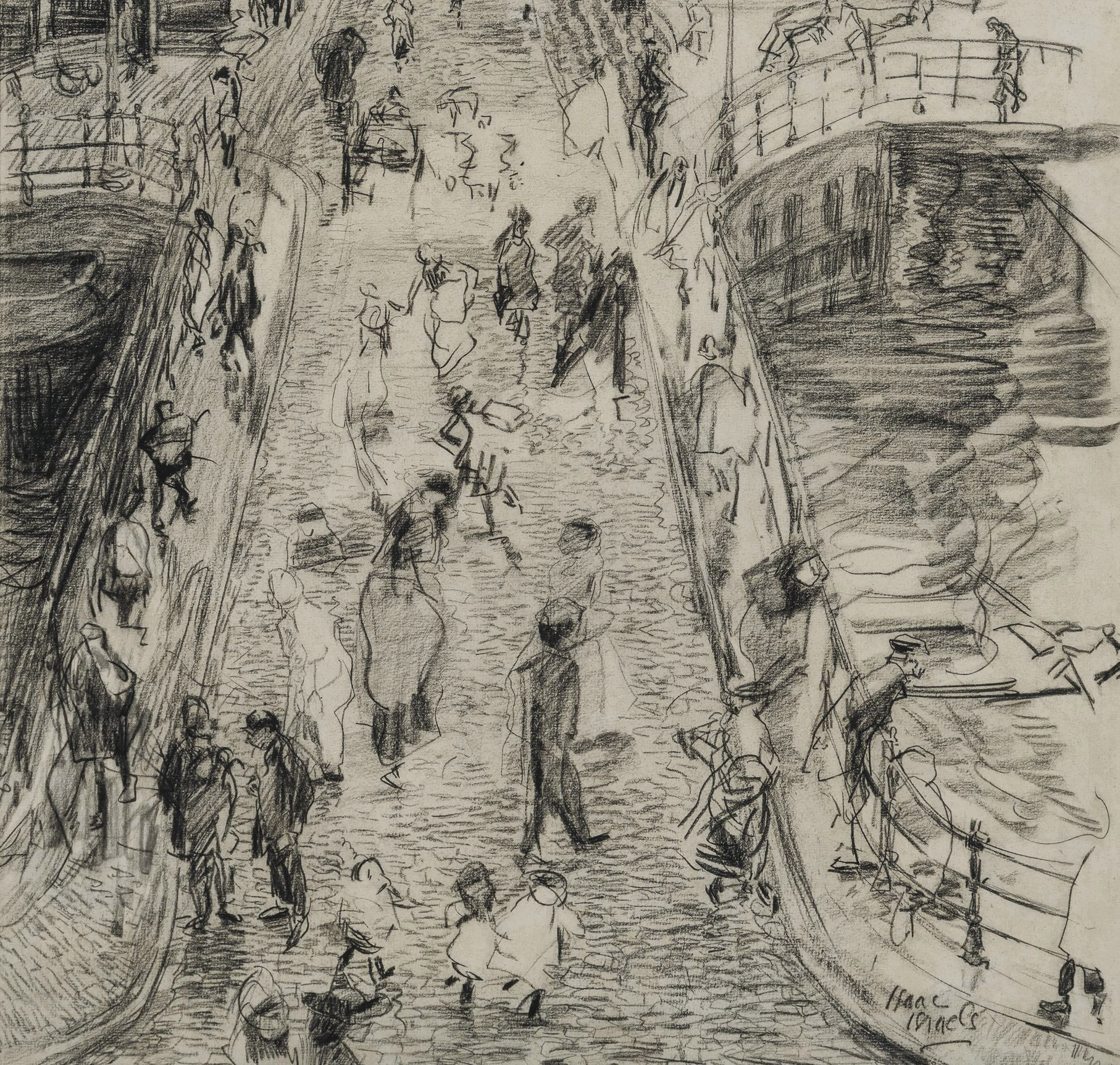 In 1887, Isaac Israels moved to Amsterdam, where he was at the centre of the Tachtigers (Eighties Movement) of writers and painters. He became one of the leading representatives of the Impressionists who were living in Amsterdam. Among his friends were George Hendrik Breitner, Lodewijk van Deyssel, Frans Erens, Max Liebermann, Jan Pieter Veth, and Jan Voerman. The quickly developing city of Amsterdam, with its half a million inhabitants, new infrastructure, and impressive building projects, provided the artist with an inspiring range of everyday life subject matter. He painted or drew the busy urban life that was played out in the capital’s shopping streets, coffee houses, and café chantants.

In spontaneous brushstrokes with subtle colour accents, or, as can be seen in this work on offer, with a few apt charcoal lines, he captured fragments of city life. In this drawing, Israels depicts the view of the Leliesluis (bridge 61) over the Prinsengracht in Amsterdam, probably seen from Prinsengracht 122.
* Condition report available upon request