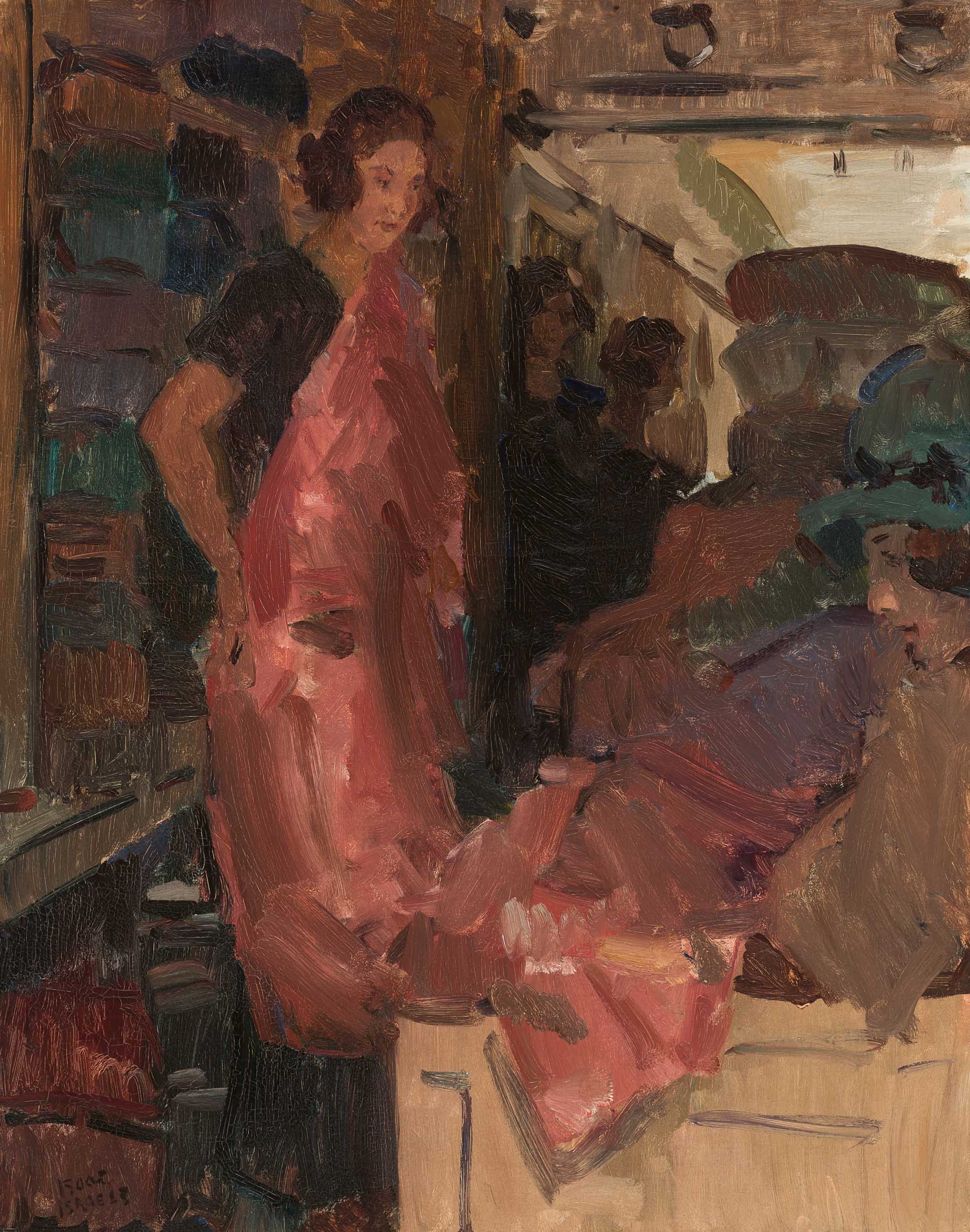 Isaac Israels
(Amsterdam 1865 – The Hague 1934)
Wijnman Fashion Store, The Hague (c. 1926)
Signed lower left
Oil on canvas, 92.6 x 72.6 cm
Exhibited:
Gemeentemuseum Den Haag, Isaac Israels en de Mode, 7 December 2002 – 9 March 2003
Provenance:
– Galerie Nova Spectra, The Hague
– Lara Wijsmuller Fine Art, Amsterdam
– Private collection, the Netherlands
Note:
Registered at the RKD – Netherlands Institute for Art History in The Hague under number 207497. Isaac Israels was not only a painter of city life but also of high fashion, which is one of the recurring themes in his oeuvre. Around 1900, Israels was introduced to fashion house Hirsch in Amsterdam by ‘Joffer’ painter Thérèse Schwartze (1851-1918). Here he was given access to fashion shows, the sewing ateliers and even fitting rooms. Later, the widely-travelled artist was drawn into the whirlwind of the haute couture world of Paris with its elegant clientele on the one hand and the drudgery of the sewing workshops on the other.

After he returned to The Hague, he became a regular visitor of fabric store Wijnman on the Venestraat, where he portrayed seamstresses as well as the wealthy clients they served. Although he avoided glamorous portrayals of the world of fashion, his impressions always have a virtuous flair.