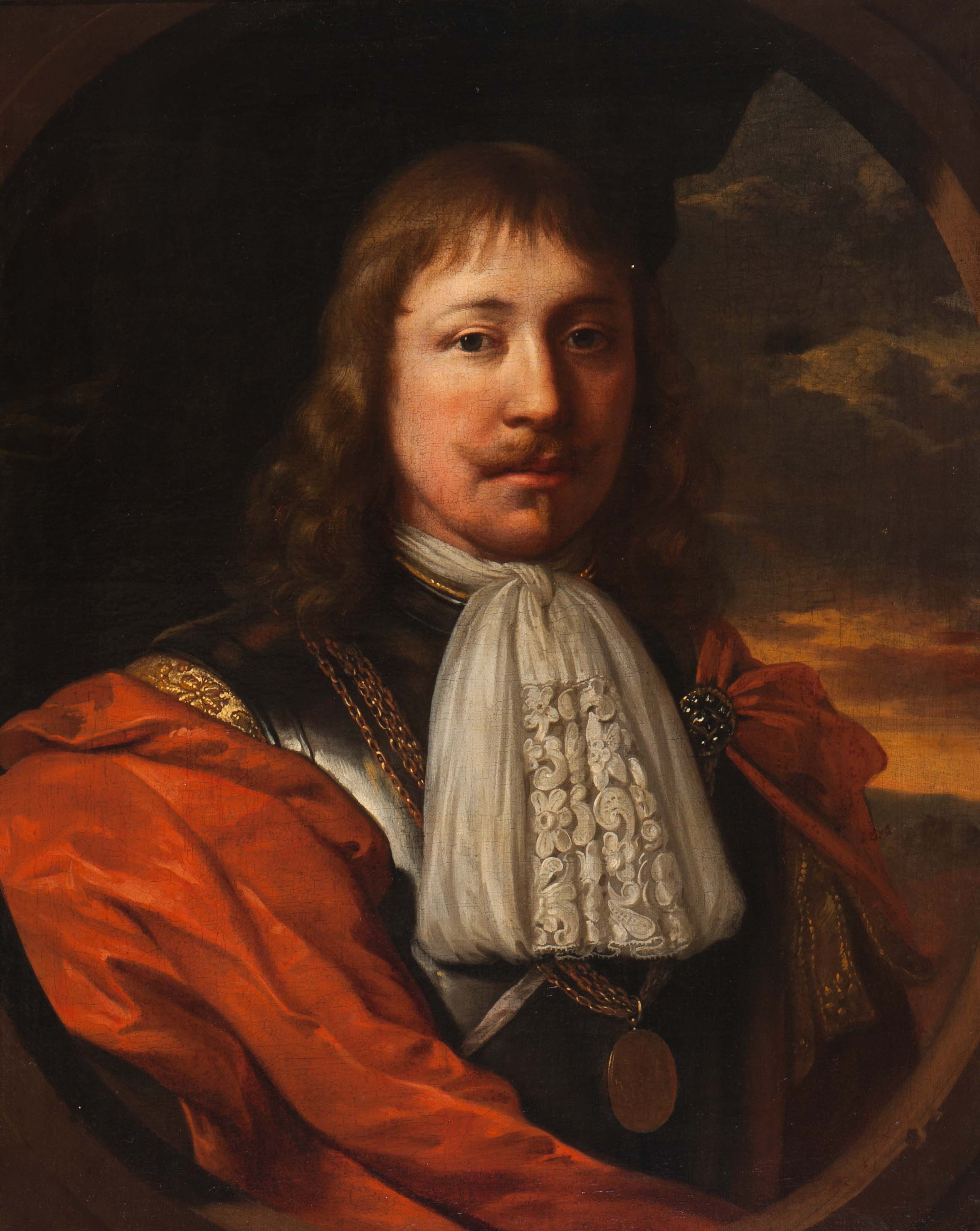 Dutch School
(Second half 17th century)
Portrait of Adriaen Banckert, Captain at sea
Oil on canvas, 71.4 x 57.5 cm
Provenance:
– Auction C.J. Wawra, Vienna, Collection A. Strasser (Vienna), 19 March 1928, no. 2 (ill.) (as S. Bourbon)
– Collection H. Tschuppich, Vienna, 1932
– Collection W. Geiger, Zürich, 1946 (as C. Netscher)
– Collection J. Warner, Luzern, 1963
N.B. I:
The Banckert family were a well-known family of naval heroes in the 17th century. They where renowned for their courage in the battle of the navy against piracy. No less than eleven marine officers were part of the family, of which nine were made captain. The portrayed Adriaen Banckert van Trappen de Jonge (circa. 1648-1678) was captain at sea. Adriaen de Jonge was the son of lieutenant-admiral Adriaen Banckert de Oude and Agatha van der Maerse, a govenor’s daughter from Zierikzee. In 1668 they acquired the house ‘De Trappen’ on the Lange Noordstraat in Middelburg, the reason for some of the descendants to call themselves Van Trappen. On the 17th of january 1674 Adriaen de Jonge was married to Cornelia Clau, the daughter of a respected family from Zeeland. The portrait was probably painted at around the date of this ‘good’ marriage, considering the clothes worn by the portrayed.
N.B. II:
We are grateful to Mr. Fred Meijer of the RKD in The Hague for his assistance in cataloguing this lot.