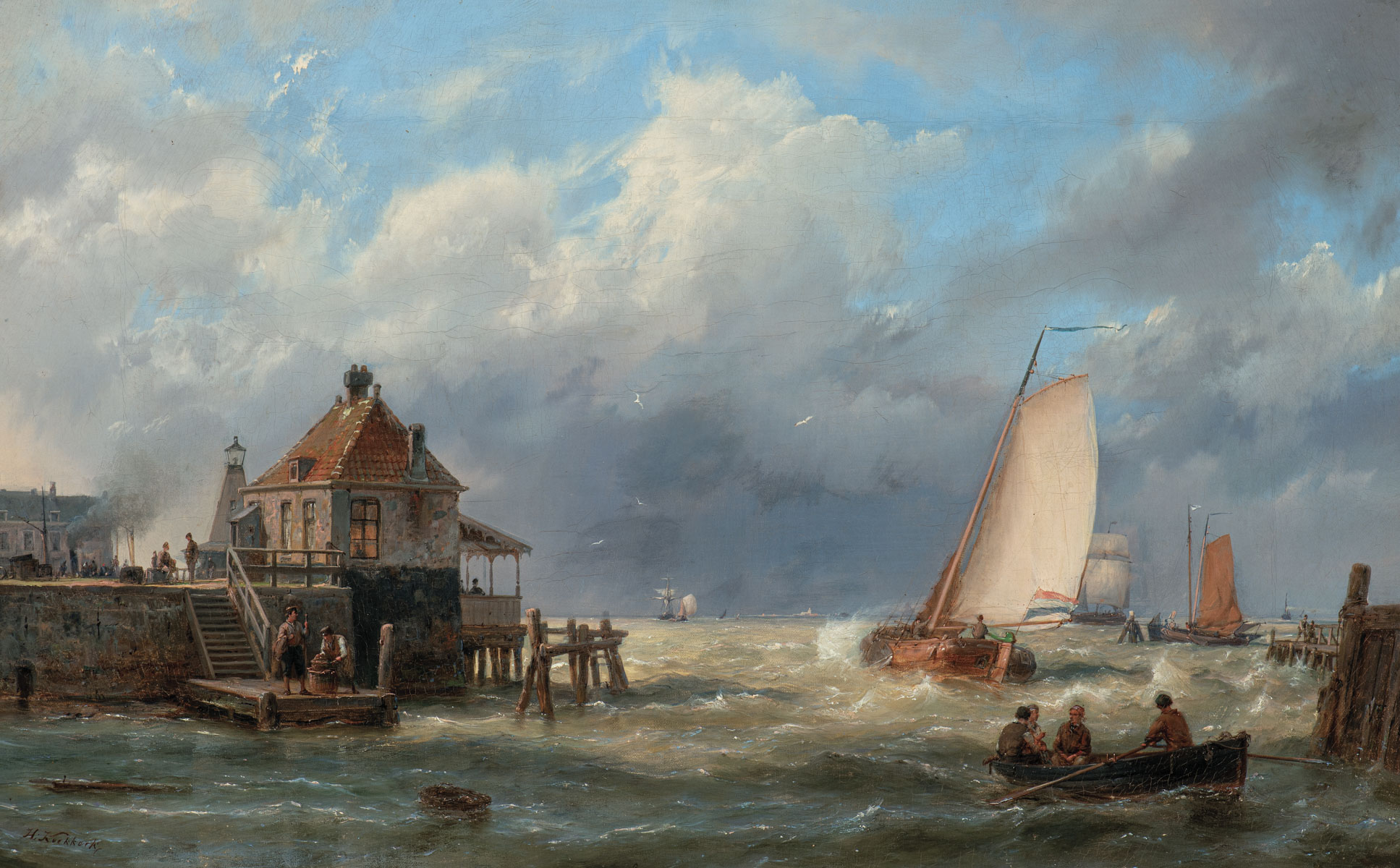 Hermanus Koekkoek I
(Middelburg 1815 – Haarlem 1882)
Near Flushing
Signed lower left
Oil on canvas, 36.9 x 58.9 cm
Provenance:
Private collection, the Netherlands
Note:
Hermanus Koekkoek, sometimes referred to as The Elder, was primarily a painter of marines, river landscapes, and coastal scenes. He was a pupil of his father, Johannes Hermanus Koekkoek (1778-1851), like his brother, Barend Cornelis Koekkoek (1803-1862), and followed in the tradition of his famous family of painters. The Koekkoek family is one of the most celebrated artistic families in the history of Dutch 19th-century painting. Hermanus Koekkoek was born in Middelburg as the youngest of four sons. He got his first painting lessons from his father, who specialised in marine art. In 1826, the family moved to the Zuiderzee village of Durgerdam, and in 1833, Hermanus Koekkoek went to Amsterdam. Here, he enrolled at the Rijksakademie and established himself as a freelance artist. Like his father, he mostly painted maritime subjects while travelling extensively throughout the Netherlands for inspiration. Hermanus Koekkoek’s style was a combination of Realism and the newer Romantic aesthetic, which can be seen in this painting of sailing and fishing boats in stormy waters entering a harbour. His father’s influence is evident in the detailed representation of the vessels, the masterful rendering of the water, and the animated narrative embellishments. With a fine brushstroke and the same eye for detail as his father, Hermanus Koekkoek painted the daily life of the beautifully characterised figures at the shore. Hermanus Koekkoek had four sons, whom he provided with their first painting lessons and who became talented painters.