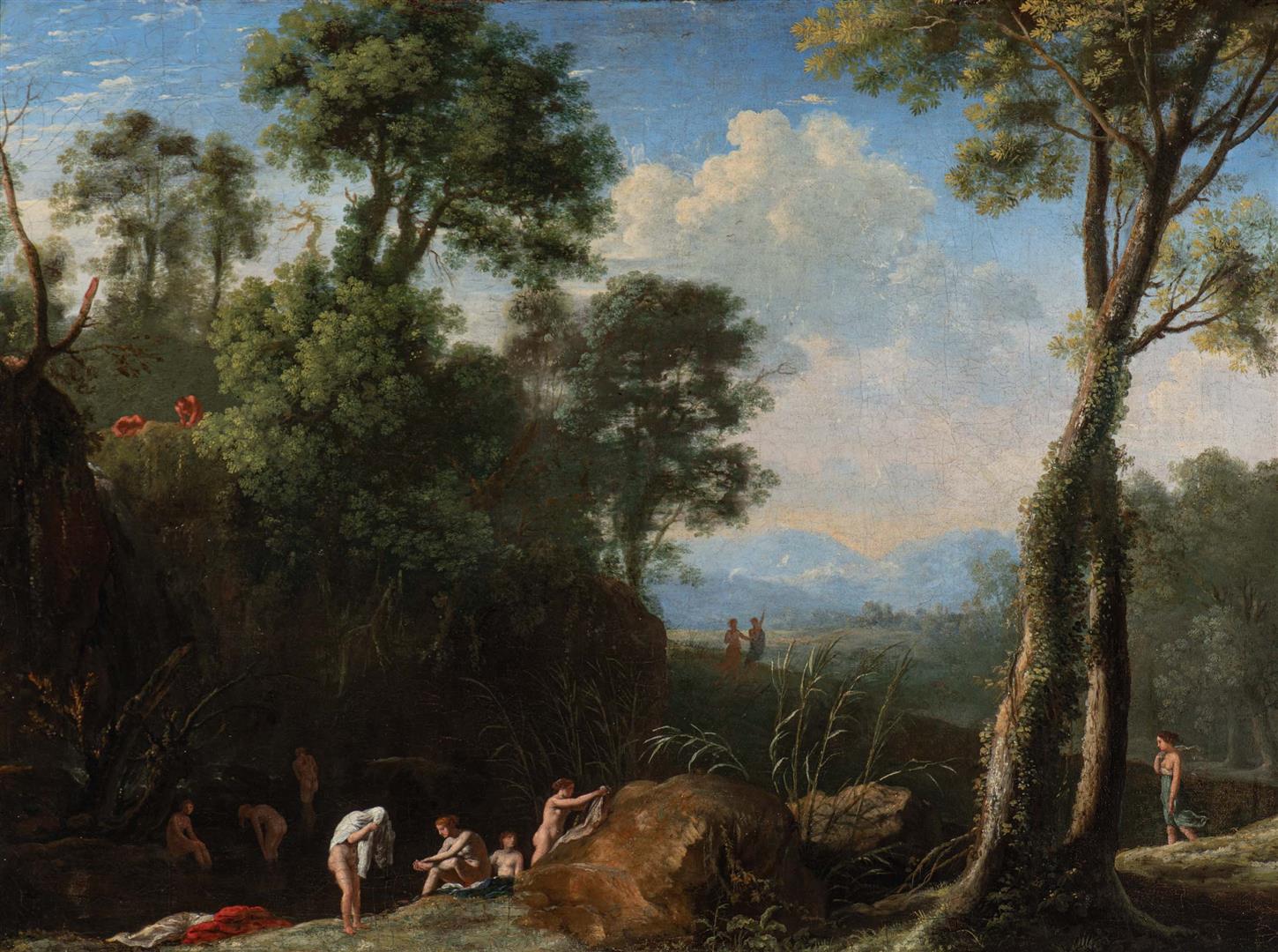 Herman van Swanevelt
(Woerden 1603 – Paris 1655)
Diana and her Nymphs Bathing in a Wooded Landscape
Oil on canvas, 61.5 x 86.4 cm
Provenance:
– The Property of a Gentleman
– Auction Sotheby’s, London, 8 May 2019, lot 137
– Private collection, the Netherlands
Note:
In an English Adam period frame, circa 1765. The Dutch painter and etcher from the Baroque era came from a family of thriving artisans whose ancestors included the famous painter Lucas van Leyden. He painted his first signed and dated works in 1623 in Paris. In 1629 he moved to Rome, where he painted many landscapes, and introduced a new type of idyllic landscape with sunlit ‘contrejours’ reflecting the times of day. Swanevelt became a member of the Bentvueghels; his alias was ‘heremiet’ (hermit), as a result of his preference to work alone. Created and developed by Paul Bril and Cornelis van Poelenburch from 1600 onwards, the genre of the ‘Italianate landscape’ entered its classical phase in the 1630s with the advent of Swanevelt and his friends and contemporaries Pieter van Laer and Claude Lorrain. His paintings became very popular and the Barberini family, Pope Urban VIII and the Vatican offered him commissions, like in the monastery of Monte Cassino.