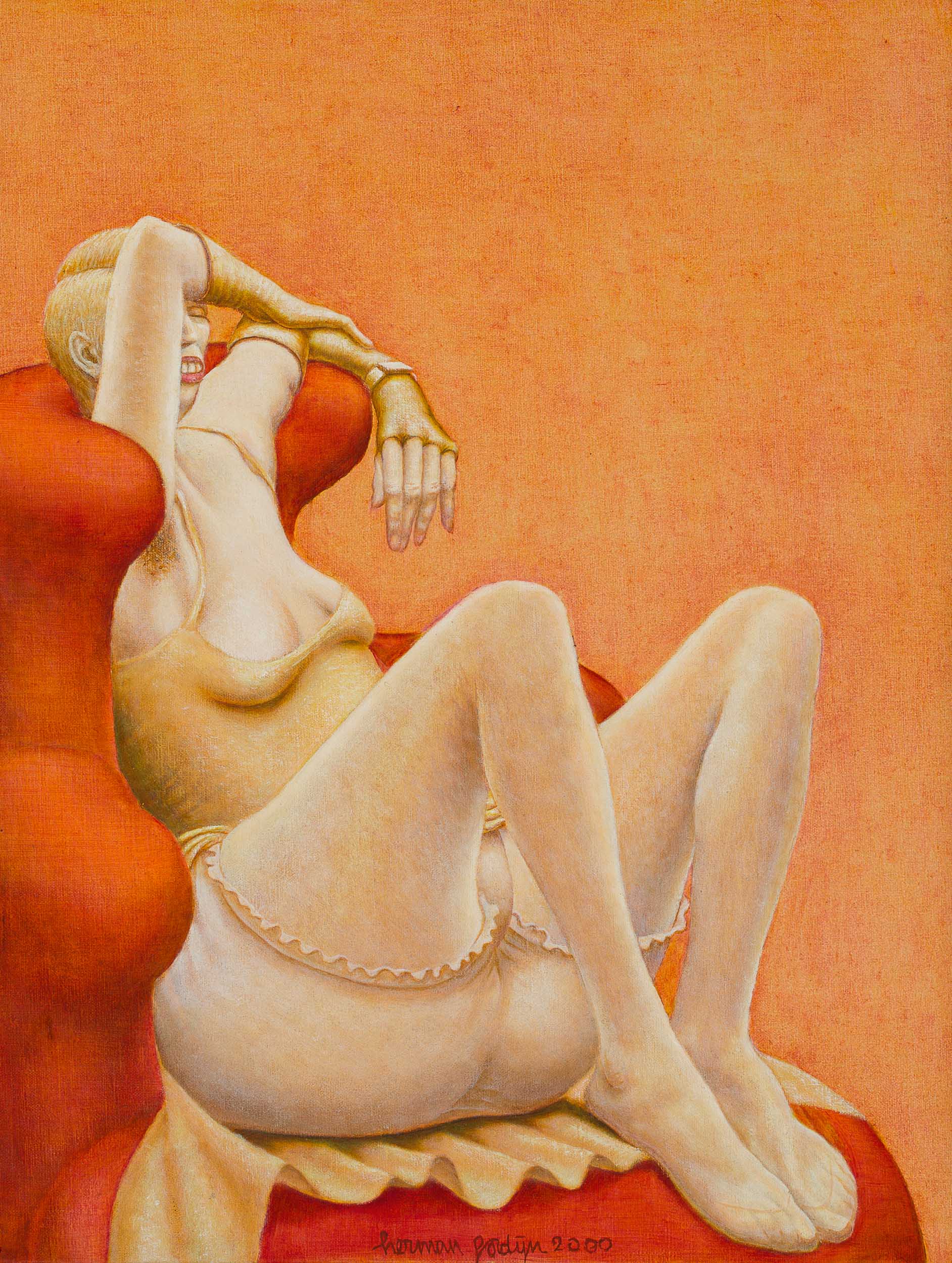 Herman Gordijn
(The Hague 1932 – Terschuur 2017)
Armen omhoog I (Vrouw in stoel) (Arms Up, Woman in Chair)
Signed and dated 2000 lower centre
Oil on canvas laid down on board, 57 x 43.1 cm
Provenance:
Acquired directly from the artist by family of the present owner
Note:
The work of Herman Gordijn is characterized by a lyrical realism that can evoke intense emotions. The oeuvre occupies a special place in the Dutch art world, for he has a preference for unusual objects, as well as for a certain element of mystery.
In this respect, Gordijn says: “Transferring a feeling is a necessity for me. It is actually not about what I see, but rather about what I experience while seeing something. The painting that originates from my hands is a metaphor of something that is difficult to define. The secret of the painting is preserved in this sense of indefinability.”

Gordijn depicted this subject of a mysterious woman in yellow again two years later in 2002; this later version was exhibited at the Stedelijk Museum of Amsterdam that same year.