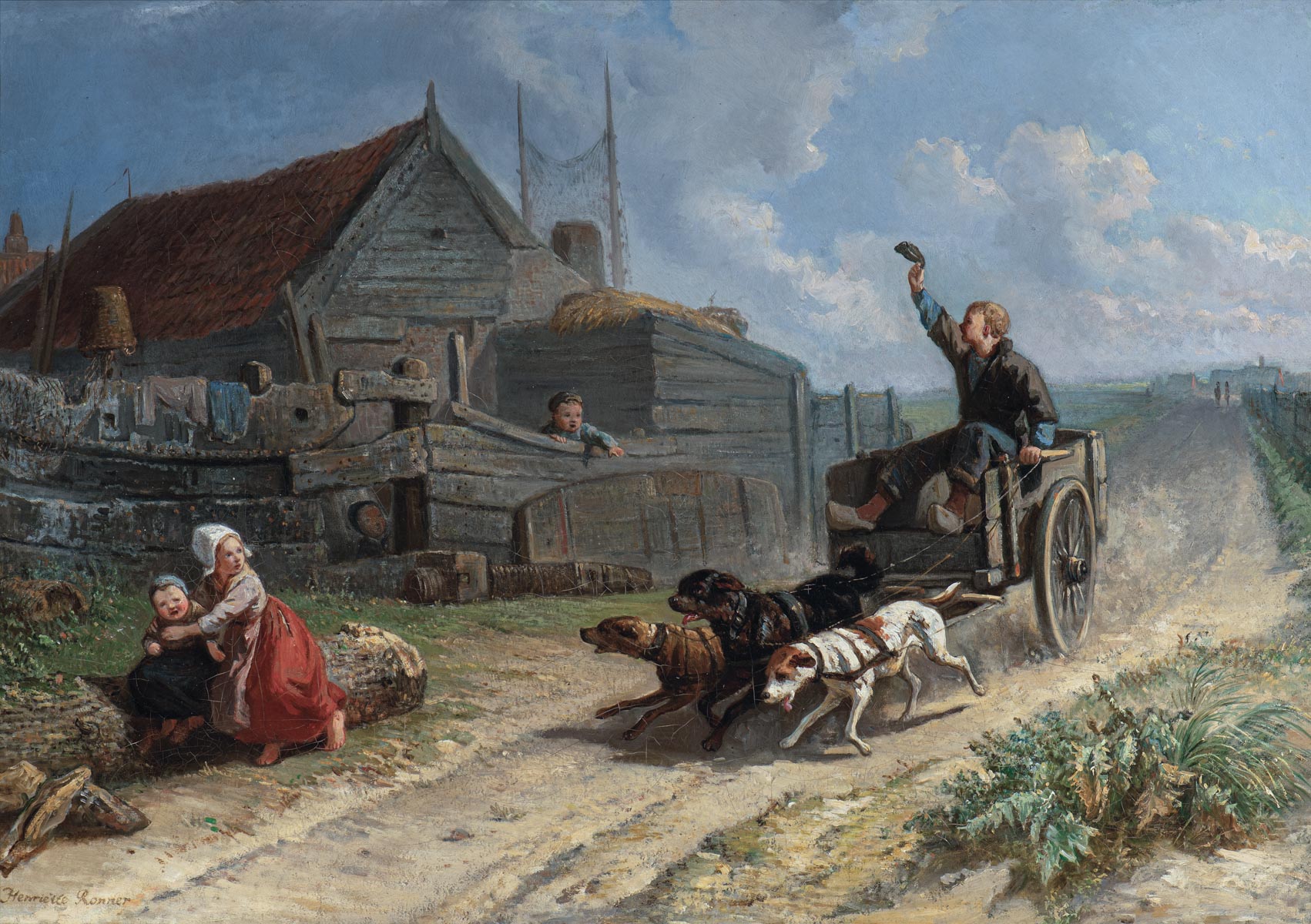 Henriette Ronner-Knip
(Amsterdam 1821 – Elsene 1909)
The Dog Cart (1860-1870)
Signed lower left
Oil on canvas, 52.1 x 75.9 cm
Provenance:
– Auction Sotheby’s, Amsterdam, 23 April 2001, lot 231
– Private collection, the Netherlands
Note:
Henriëtte Ronner-Knip was a Dutch-Belgian artist of the Romantic style who is best known for her animal paintings, especially of cats and dogs. Born into an artistic family, Henriëtte Knip got her first painting lessons from her father. While her father focused on painting historical works and portraits, genres that sold better at the time, the young Henriëtte focused more on scenes that took place around the countryside. After the death of her parents, she moved to Amsterdam, where she continued to paint farm animals, forests, and other scenes from nature, first in watercolour and then in oil. In the same year, she became the first woman admitted as an ‘active member’ of the Dutch artist’s society, Arti et Amicitiae. In 1850, she married Feico Ronner (1819-1883) and went to live with him in Brussels. Here she started to focus on capturing scenes with dogs, such as hunting dogs or dogs in front of a cart, such as depicted in this work. The artist achieved great success with these paintings, which is also apparent from the fact that she was allowed to portray the lap dogs of Queen Maria Hendrika and Maria van Hohenzollern-Sigmaringen, Countess of Flanders. In the last years of her life, Henriëtte Ronner-Knip lived in a house with a large garden, where she kept cats, dogs, and a parrot, which she used as her models. She had a studio built with a glass front so that she could observe the animals as they roamed freely, played, or slept to study their behaviours. Her paintings are still very popular today for the loving fidelity with which the artist understood and portrayed nature.