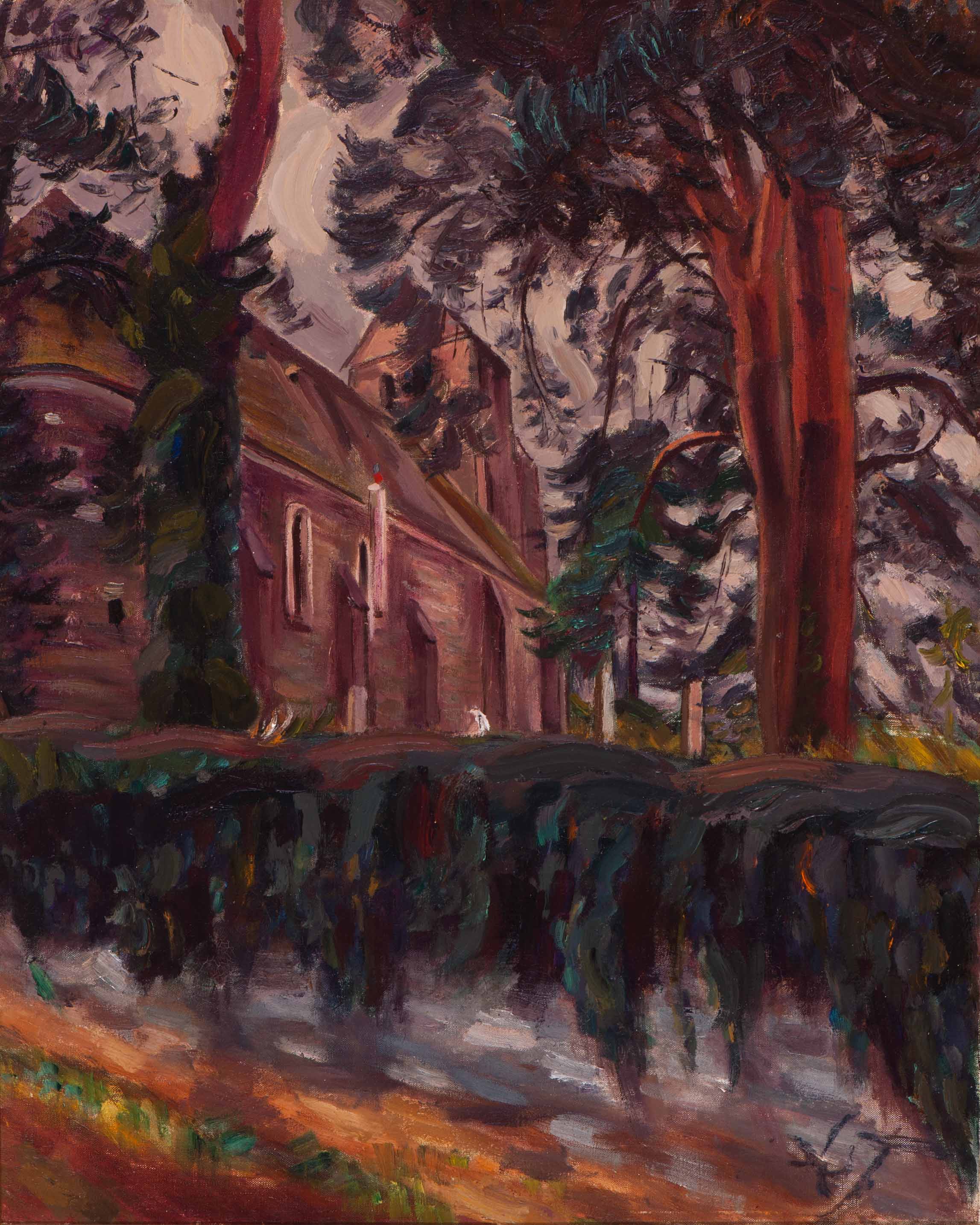 Henri Victor Gabriel Le Fauconnier
(Hesdin 1881 – Paris 1945)
Gros-Rouvres (ca. 1934-1935)
Monogrammed l.r.
Signed and titled on the reverse
Oil on canvas, 82 x 65 cm
Provenance:
– Auction Christie’s Amsterdam, 19 March 1985, lot 172
– Private collection, The Netherlands
N.B.:
From 1923 onwards Le Fauconnier often spent the summer in his house in Grosrouvre, a village situated some 50 km to the west of Paris. Le Fauconnier liked to paint the village church, depicted here, where he was buried in the cemetery after his death on 23 January 1946. In 1928 the Dutch art collector Frans Sandbergen contacted Le Fauconnier, after which he often visited him in Paris and Grosrouvre to select works by Le Fauconnier. The payment for these were made by monthly bank transfers to Le Fauconnier (up to 1943). The art collection of Sandbergen was sold at auction on 19 March 1985 at Christie’s Amsterdam.