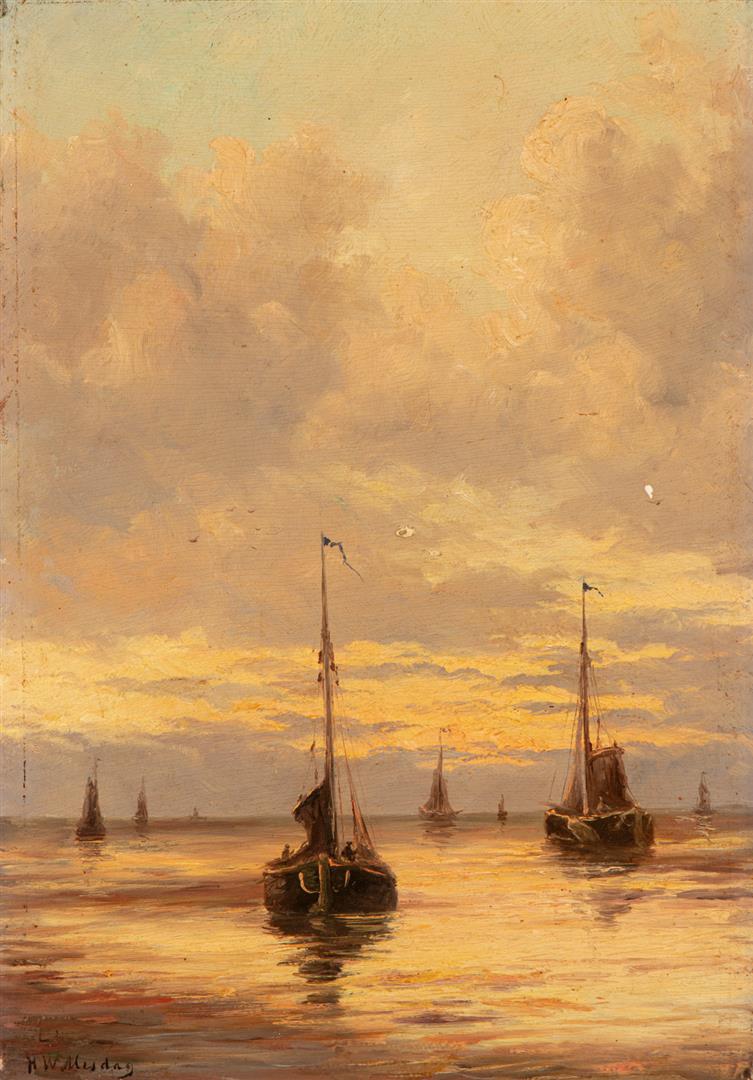 Hendrik Willem Mesdag
(Groningen 1831 – The Hague 1915)
Fishing Boats at Sunset
Signed lower left
Oil on panel, 32.8 x 22.7 cm
Note:
Mesdag was already 35 in 1866 when he decided to become an artist. Until then he had been working at his father’s bank and had drawn purely for pleasure. To pursue his studies he moved to Brussels, where his teacher was the Dutch painter Willem Roelofs (1822-1897). The sea became Mesdag’s principal theme. In 1869, he settled by the coast at The Hague. His favourite place for painting became the beach of Scheveningen. In 1870 Mesdag made his international breakthrough, winning a medal at the Paris Salon.