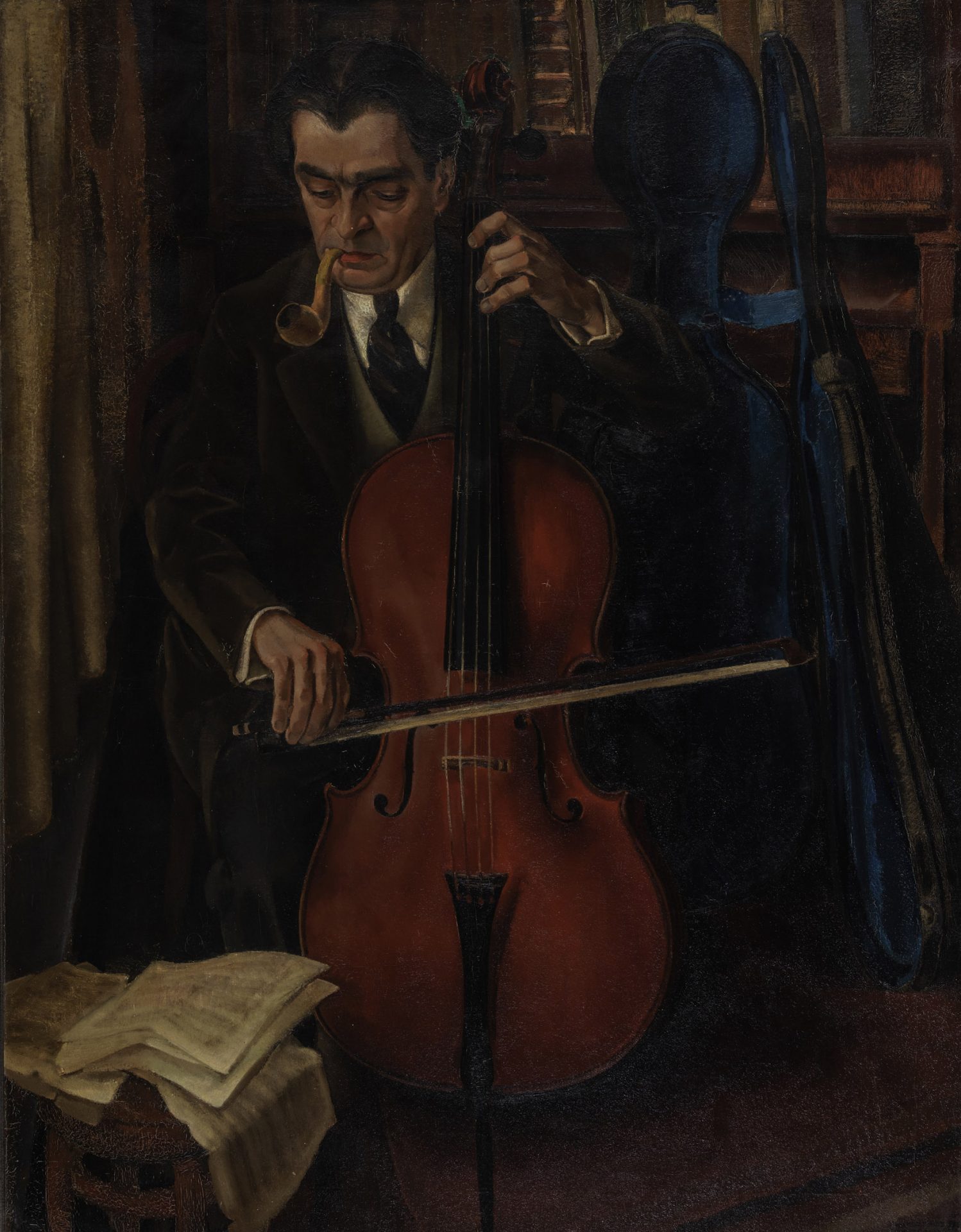 Harmen Meurs
(1891-1964)
De cellist Thomas Canivez (1926)
Signed, titled and dated 1926 lower right
Signed and titled on the reverse
Oil on canvas, 146.2 x 119.3 cm
Provenance:
Collection Elisabeth den Bieman de Haas, Amsterdam, acquired from the artist
Exhibition:
Stedelijk Museum Amsterdam, Harmen Meurs, 1928
Note:
As a curator and foreman of the progressive artists’ association ‘De Onafhankelijken’, Harmen Meurs was an influential pivot in the Dutch art world. In the 20s and 30s of the twentieth century, he found himself in the bustling artistic scene of Amsterdam, where he became a celebrated and socially engaged artist.

Meurs made this beautiful portrait of cellist Thomas Canivez. In a review of his retrospective exhibition of 1928 at the Stedelijk Museum Amsterdam, the following statement is made about this work: “Meurs possesses a flawless painting that certainly has a soothing effect and which, for example, also makes the two large canvases from a previous period, the portrait of the cellist Thomas Canivez and ‘Naakt in bad’, a joy for the eye.”
* Condition report available upon request