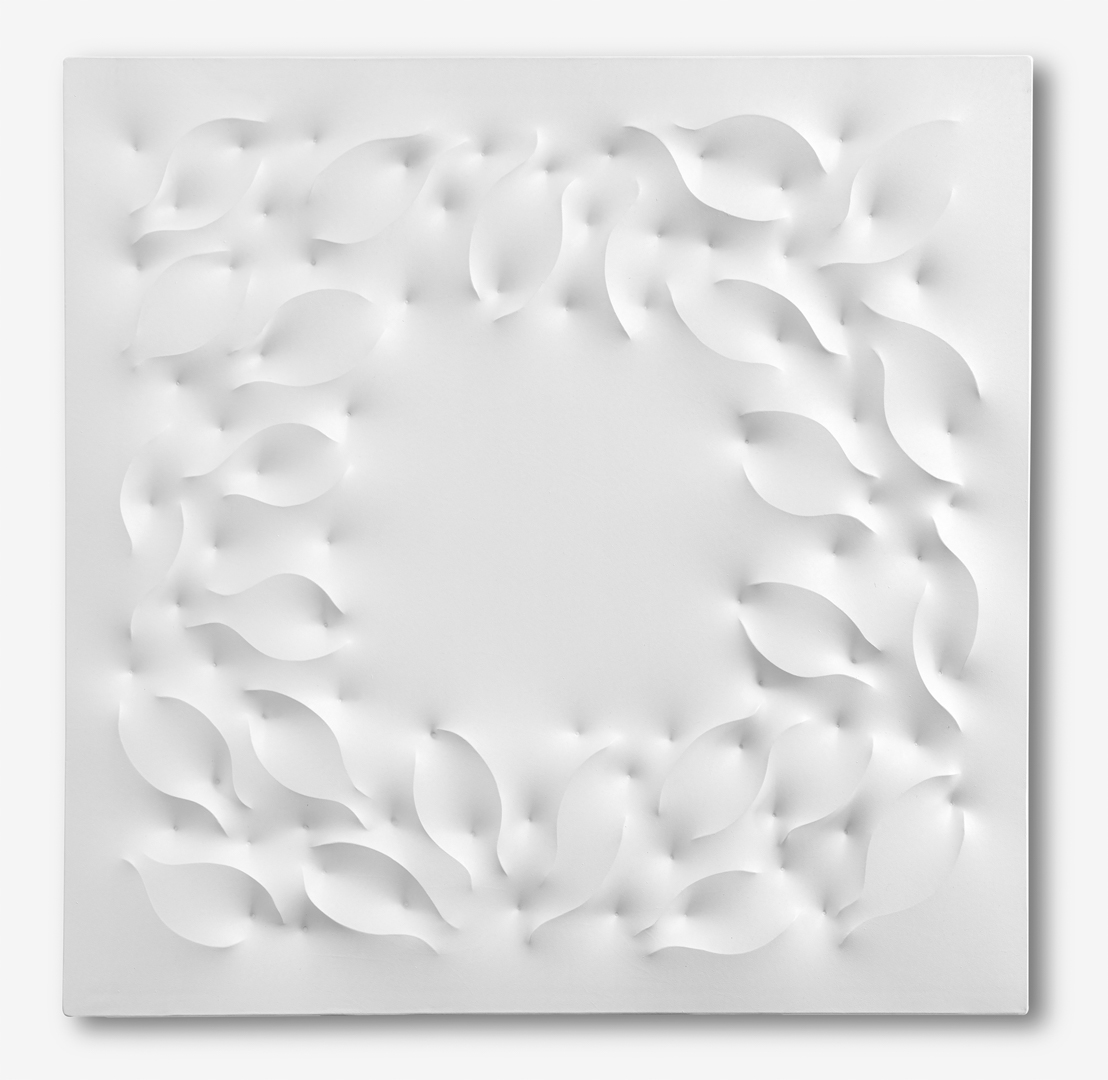 The Italian painter Giuseppe Amadio is known for is monochrome sculptural paintings, whose single colour surfaces are folded, stretched and curved to enhance its dramatic effect.
After an initial poetic material-gestural language, Amadio has established a highly conceptual language. Since 1980, Amadio has exhibited since in Italy and abroad. In 2010 he joined the Rigorismo movement. Rigorismo (translated ‘rigorism’) is rooted in the Spazialismo (Spatialism) movement and the Zero Group, which initially developed in Italy and Germany, respectively, in the 1940s and ’50s. Rigorismo is, in a sense, what it sounds like: a rigorous use of space. The movement posits that space is an active element in an artistic composition, not simply an empty area to be filled in.