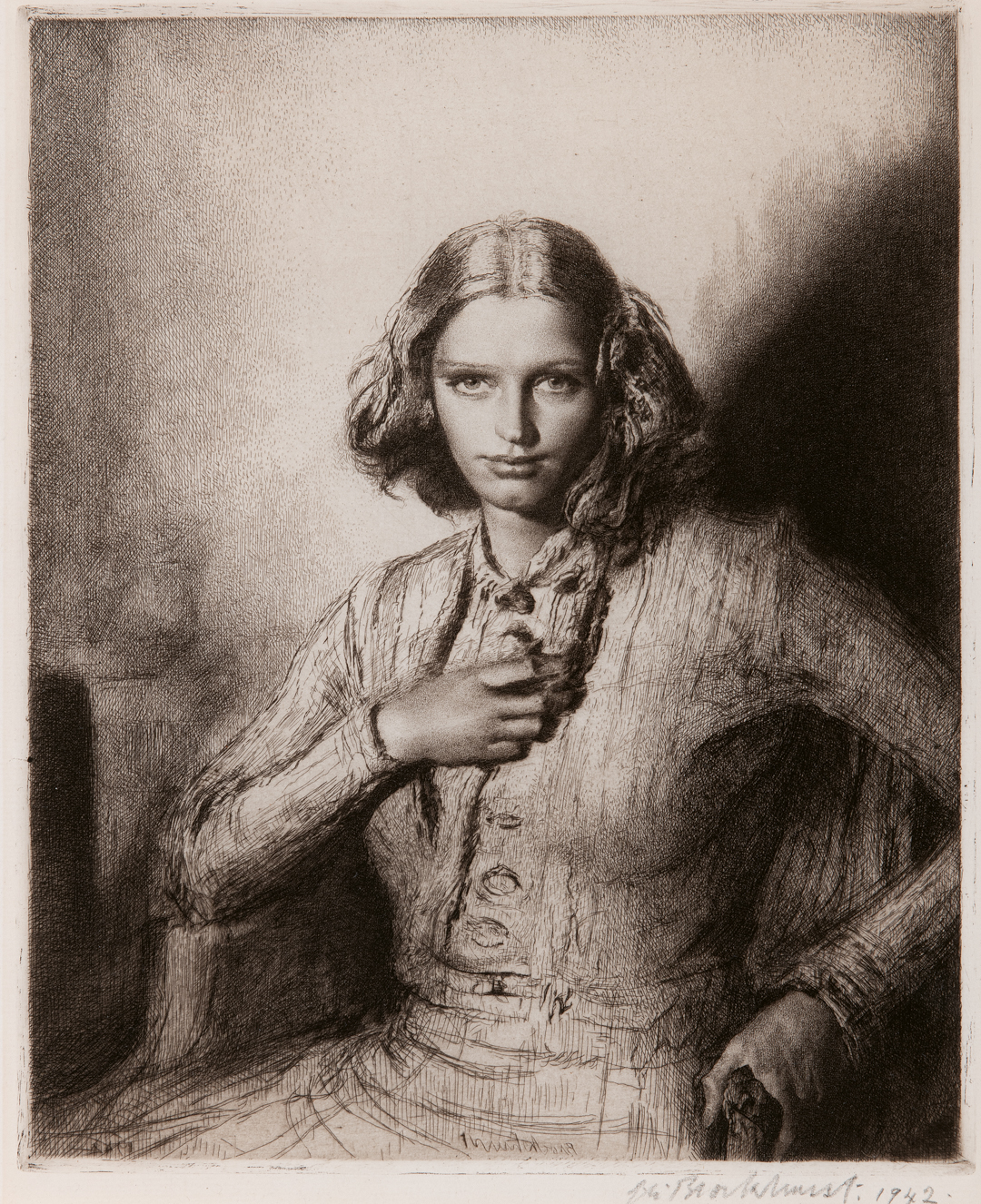 Gerald Leslie Brockhurst
(Birmingham 1890 – Franklin Lakes 1978)
Jeunesse Dorée (1942)
Signed and dated lower right
Edition of 75
Etching
Provenance:
Private collection, the Netherlands
Literature:
Fletcher 80
Note:
During the 1930s and 1940s the celebrated portraitist Gerald Leslie Brockhurst mostly painted society figures such as Marlene Dietrich and the Duchess of Windsor. Today he is best known for his small etched prints of beautiful, idealised women – many of them modelled by his first and second wives. In the present lot Brockhurst celebrates the beauty of Kathleen Woodward, whom he had renamed Dorette (meaning ‘gift’). They met in the late nineteen twenties when she was a young model at the Royal Academy Schools and he a visiting professor, and she soon displaced his wife Anaïs at the centre of his art. This pose echoes one established in Ophelia, a painting of ca. 1937 that Brockhurst presented to the Academy as his diploma piece in 1938. They would marry in 1947.