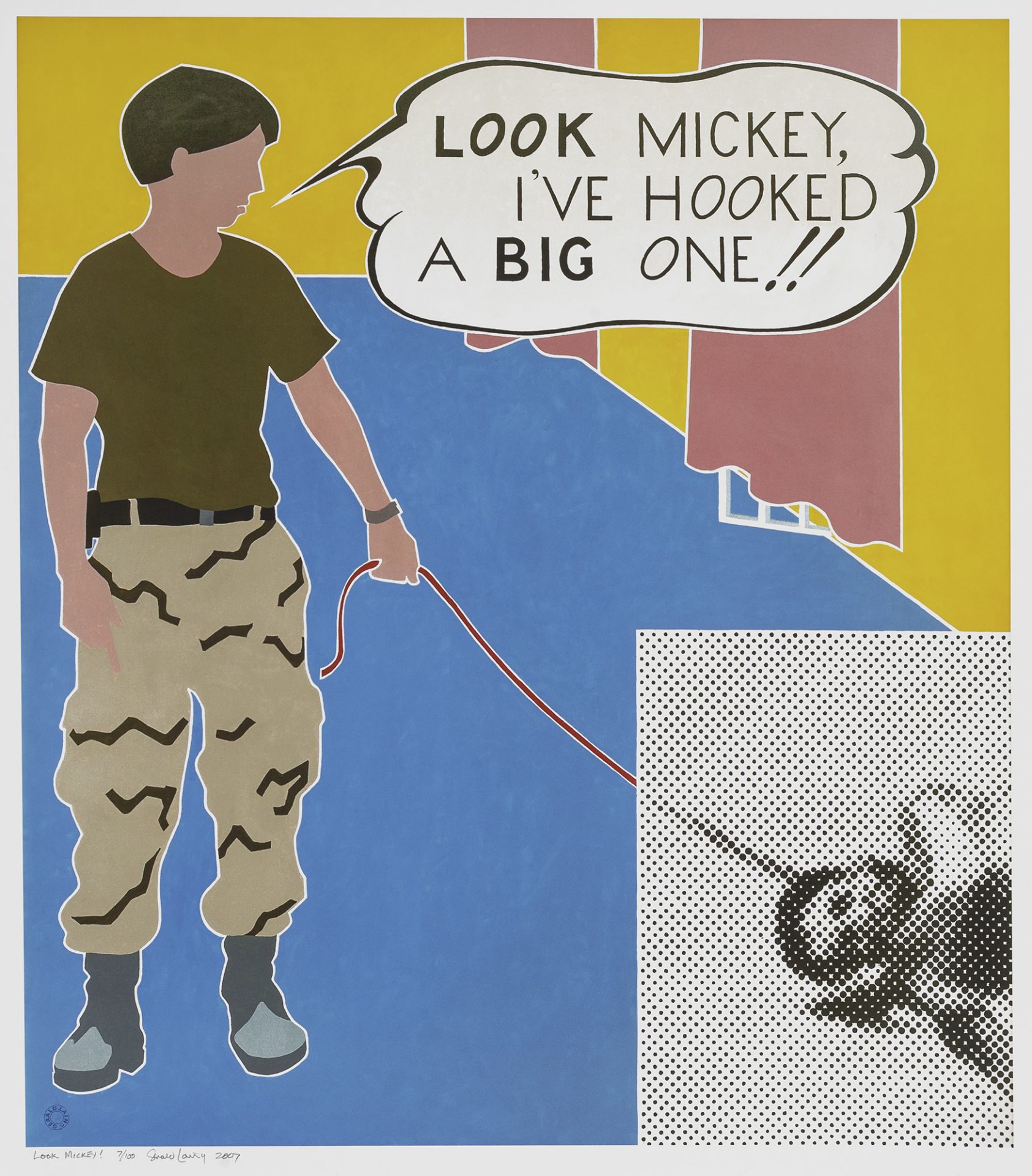 Gerald Laing
(1936-2011)
Study for Look Mickey (2005)
Signed, dated 2007, titled Look Mickey! and numbered 7/100 lower left
Digital print, 91.7 x 81.1 cm
Literature:
Catalogue raisonné no. P60 / Ingrams and Halliwell no. D007
Note:
With his artworks of film stars, dragsters, and other icons of popular culture, Gerard Laing was one of the most significant artists in both the American and British pop art movements.
This work on offer is a digital print taken from the painting by Laing, tited Look Mickey:
“This painting refers to Roy Lichtenstein’s first essay in cartoon-based art. In his painting, Donald Duck and Mickey Mouse are fishing. Donald Duck has accidentally hooked his own rear end and is excitedly tugging at his rod – hence the caption… I have treated the soldier and the prison as though they were an anodyne part of a Disney film; perhaps Snow White and the Seven Dwarfs. The Iraqi is shown in the second-hand but subjective reality of half-tone.” – Gerald Laing, ‘Artist’s Notes on War Paintings’, unpublished manuscript, 2004
* Condition report available upon request