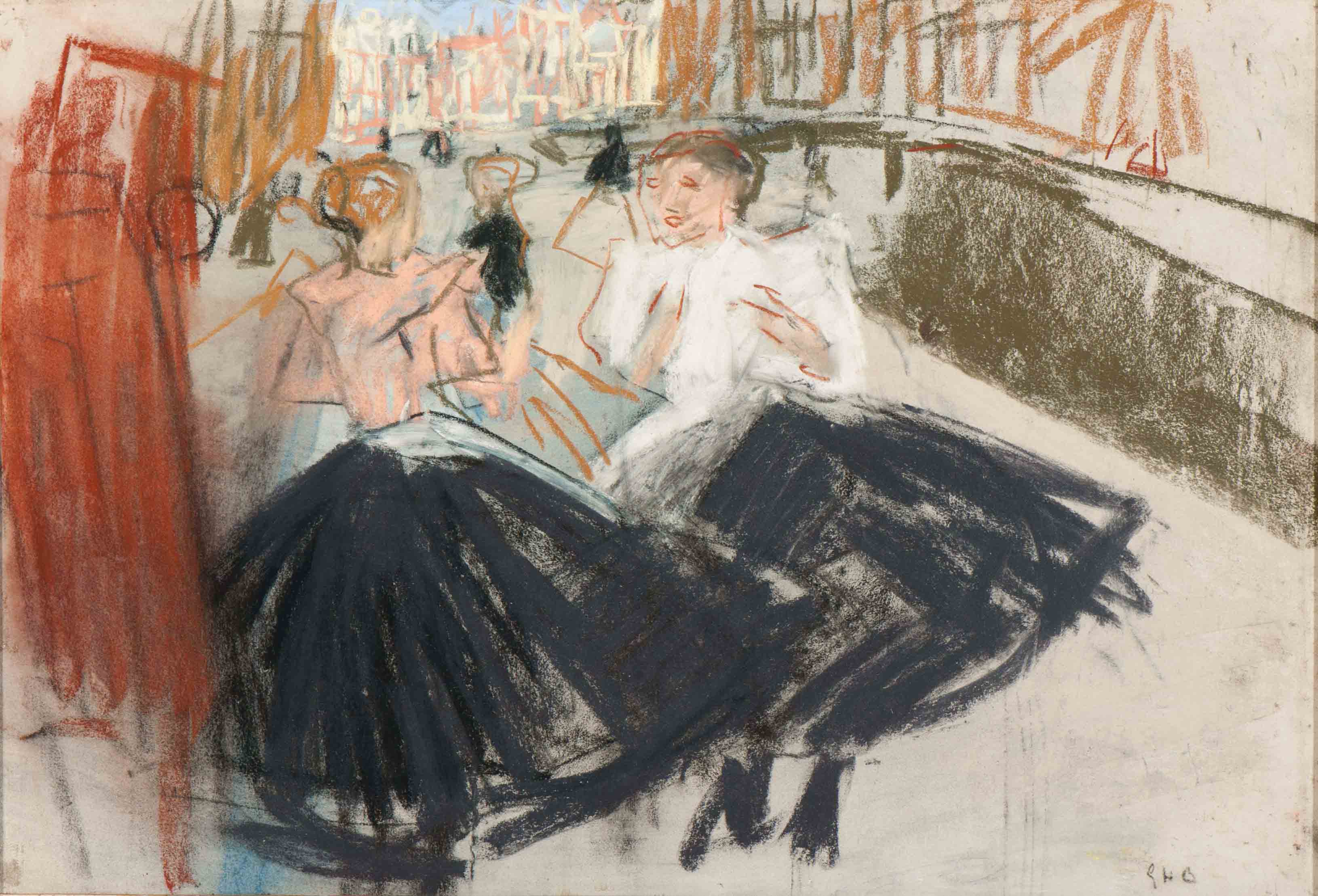 George Hendrik Breitner
(Rotterdam 1857 – Amsterdam 1923)
Amsterdams housemaids
Signed with initials l.r.
Pastel on paper, 38 x 55 cm
Provenance:
Private collection, The Netherlands
N.B.:
George Hendrik Breitner was born in Rotterdam in 1857. In 1876 he was admitted to the Academy in The Hague, after which he was allowed to work in the studio of Willem Maris for the period of a year. In this early period he was influenced by the painters of the Hague School. Breitner prefered models from the working classes: labourers, maids and inhabitants of the working class quarters, and regarded himself as ‘Le peintre du peuple’ (painter of the people).
In 1886 he moved to Amsterdam, where he recorded city life in sketches, paintings and photographs. During the 19th century housemaids were part of the life on the streets: house servants at the period constituded a large proportion of the Amsterdam labour force. All well-to-do Amsterdam households employed a housemaid, usually coming from the provinces or from Germany.