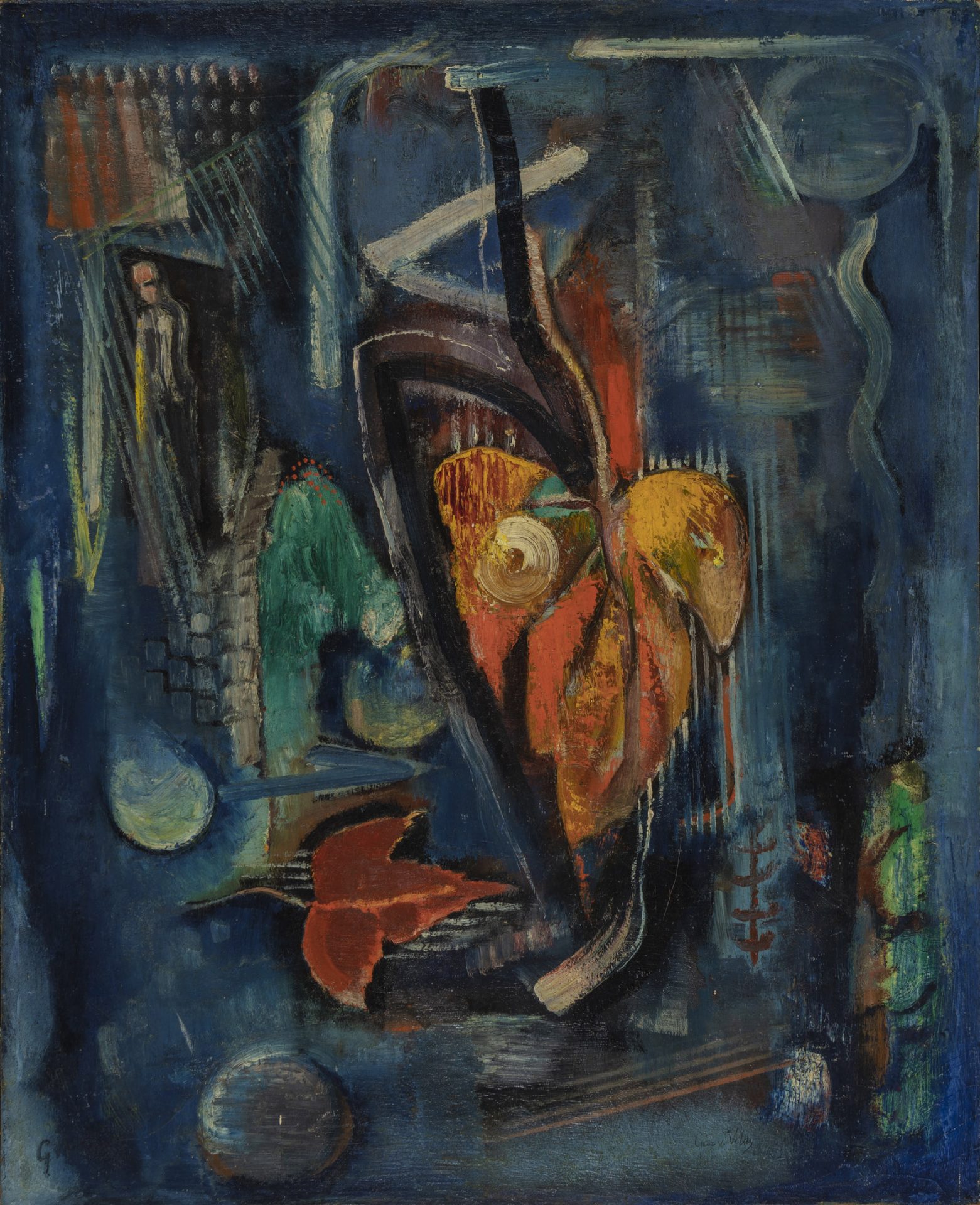 Geer van Velde
(1898-1977)
Malakoff, Paris (c.1926-1931)
Signed lower right and signed with initials lower left
Signed and titled on a label on the stretcher
Oil on canvas, 100.2 x 80.7 cm
Provenance:
– Private collection, the Netherlands
– Kunsthandel M.L. de Boer, Amsterdam
– Private collection, the Netherlands
Note:
‘Malakoff’ refers to the suburb of Paris where Geer van Velde had his own studio on Rue Edgar Quinet 7. The Dutch artist first visited Paris when he joined his brother Bram van Velde in 1925 to visit the Exposition Internationale des Arts Décoratifs. Deeply inspired by the work of Le Corbusier, Fernand Léger, Robert Delauney, Sonia Delaunay-Terk among others, Van Velde decided to devote himself to painting and settle permanently in the city.

With the financial help from W. Kramers, Geer van Velde was able to live and paint, and soon more exhibition opportunities arose. Together with his brother, he exhibited at the ‘Salon des Indépendants’, from 1926 to 1930. As can be seen from this present lot, Geer’s work from this Parisian period was influenced by Fauvism and Cubism, filled with bright vivid colours.
* Condition report available upon request