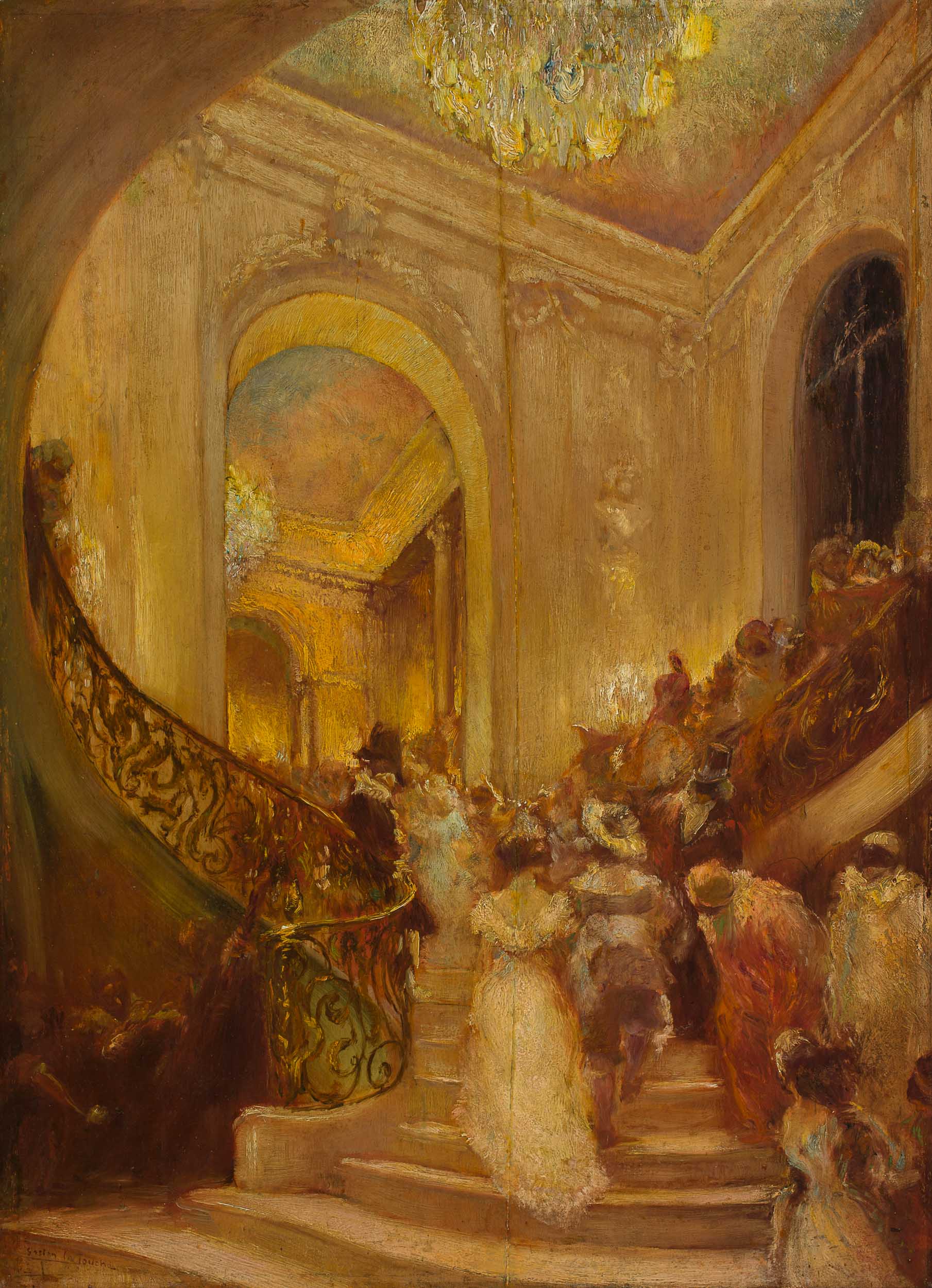 Gaston de La Touche
(Saint-Cloud 1854 – Parijs/Saint-Cloud 1913)
The Masquerade Ball – Grand Opera House in Paris
Signed lower right
Oil on panel, 77.6 x 55.4 cm
Provenance:
Private collection, the Netherlands, thence by descent to the present owners
Note:
Gaston de La Touche, painter, watercolourist, and pastelist, was born in Saint-Cloud, Paris in 1854. His earliest paintings from the 1880s were grim scenes from the daily lives of miners and laborers – perhaps a nod to the social Realism of contemporaries, like writer Emile Zola. In the late 1880s, his friend Felix Bracquemond prompted him to discard his earlier style and to use the colours favoured by the Impressionists. He gradually and steadily moved away from Realism toward a greater sense of Idealism, which became a hallmark of his oeuvre and set him apart from the Impressionists. He created luminous and charming works of parks, gardens, nymphs, and fêtes-chamêptres, revealing an underlying loyalty to French artists of the eighteenth century, such as Fragonard and Watteau. This painting depicts a lively scene in the Paris Opera House, where elegant visitors stroll up the imposing staircase. As with La Touche’s Impressionist contemporaries, like Degas, the setting focuses on a behind-the-scenes view of Parisian performers. La Touche’s work is represented, among others, in Musée d’Orsay (Paris) and the Singer Museum (Laren).