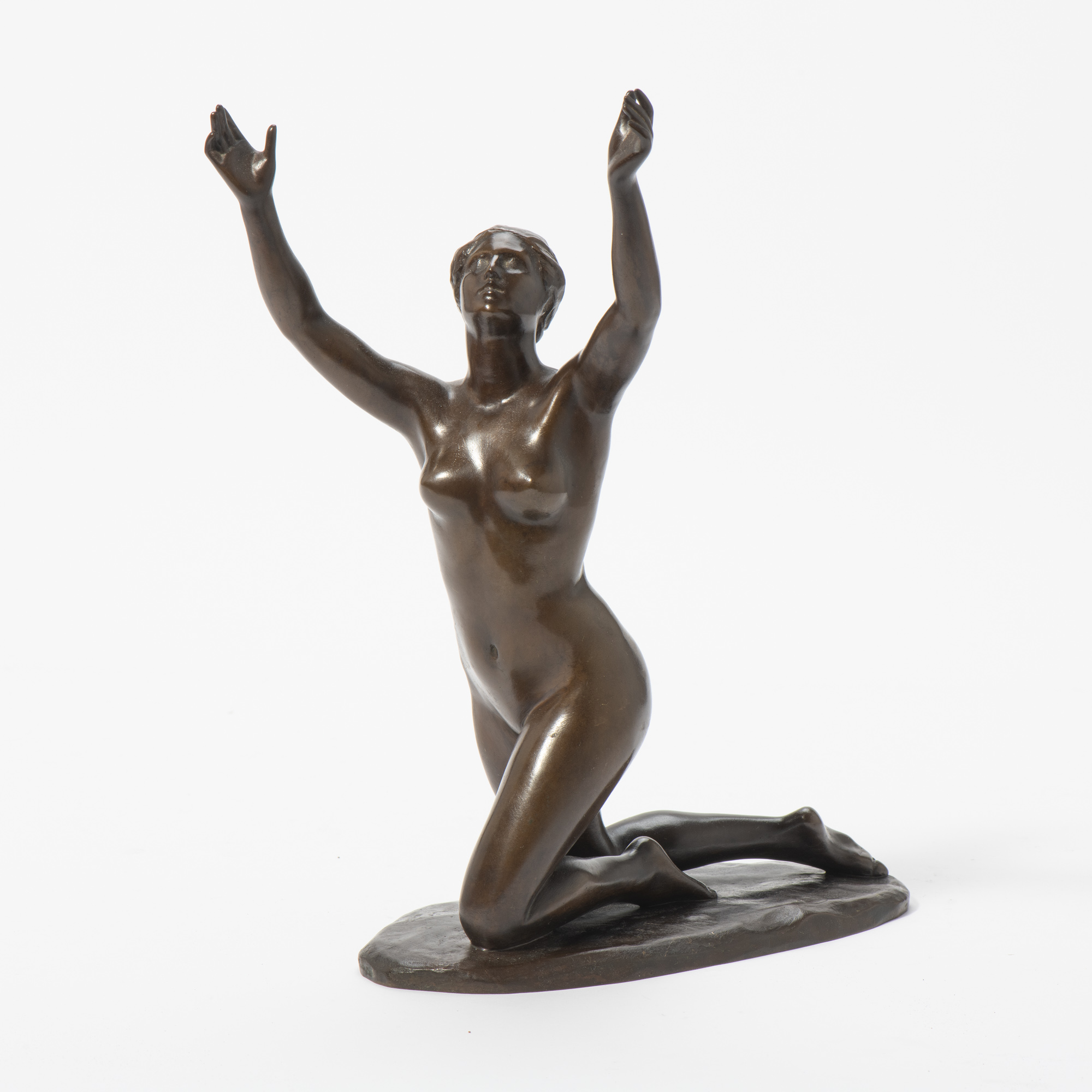 Frederik Jeltsema
(Uithuizen 1879 – The Hague 1971)
De Smeekbede (The Supplication)
Signed on the base
Bronze, 30.7 cm
Note:
Because of a medical uncertainty at birth, Frederik Engel Jeltsema was registered as a girl in the municipality’s population registry. Although it appeared he was a boy at age 3, this was only administratively corrected in 1906. Despite the setbacks in his youth, he became a successful sculptor and medal maker who worked mainly in the classical style. In 1902, he won the Dutch Prix de Rome. He also made the statue of Johann de Witt on De Plaats in The Hague.