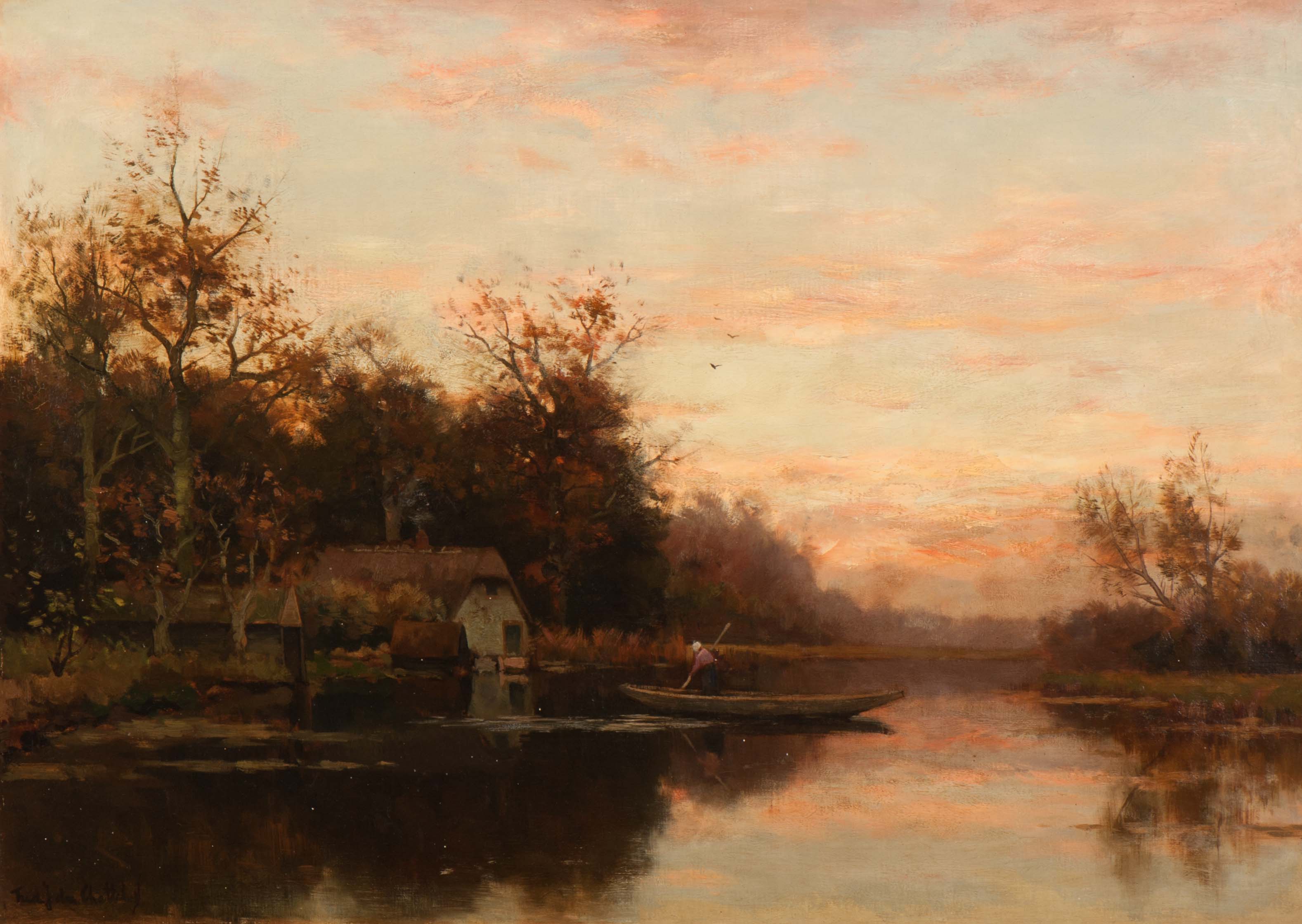 Fredericus Jacobus van Rossum du Chattel
(Leiden 1856 – Yokohama 1917)
Woman farmer in her flat-boat at dusk
Signed l.l.
Oil on canvas, 62.3 x 86.6 cm
N.B.:
Van Rossum du Chattel painted countless impressions of the river Vecht in the province of Utrecht and its surroundings, prompting critics to nickname him ‘painter of the Vecht’. Another preferred subject by his hand is the landscape around The Hague, the area where he grew up. He was given his first painting lessons by his father, Jan Hendrik van Rossum du Chattel, later on he attended the Teekenschool (drawing school) in The Hague and worked in the studio of The Hague impressionist Willem Maris. Despite the clear influences by The Hague School painters he developed a typically personal style.