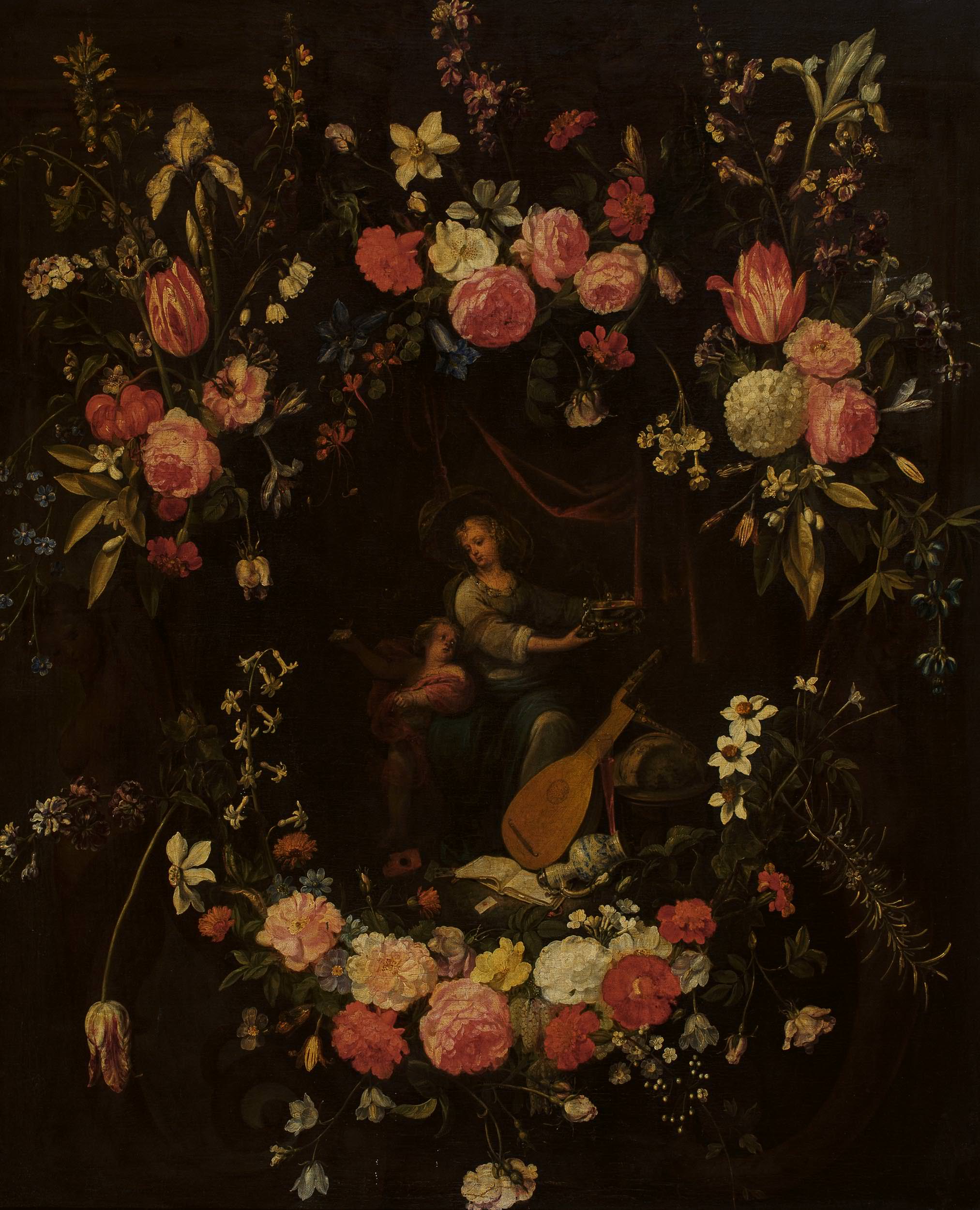 Frans Ykens
(Antwerp 1601 – 1692/1693)
An Allegory of the Vanity of Human Life
Oil on canvas, 107.8 x 88.2 cm
Provenance:
Private collection, Belgium, thence by descent to the present owner
Note:
Frans Ykens was a Flemish still life painter active in Antwerp and Brussels in the seventeenth century. He is mainly known for his flower pieces and fruit still lifes and also painted banquet pieces, ‘pronkstillevens’, garland paintings and larger game pieces. Garland paintings are a special type of still life originated in Antwerp by Jan Brueghel the Elder, in collaboration with the Italian cardinal Federico Borromeo, at the beginning of the seventeenth century. Other artists involved in the early development of the genre included Hendrick van Balen, Andries Daniels, Peter Paul Rubens and Daniel Seghers. The genre was initially connected to the visual imagery of the Counter-Reformation movement. Garland paintings typically show a flower garland around a devotional image, portrait or other religious symbol. By the second half of the seventeenth century secular themes such as portraits and mythological subjects also decorated the central part of the many paintings made in this fashion.