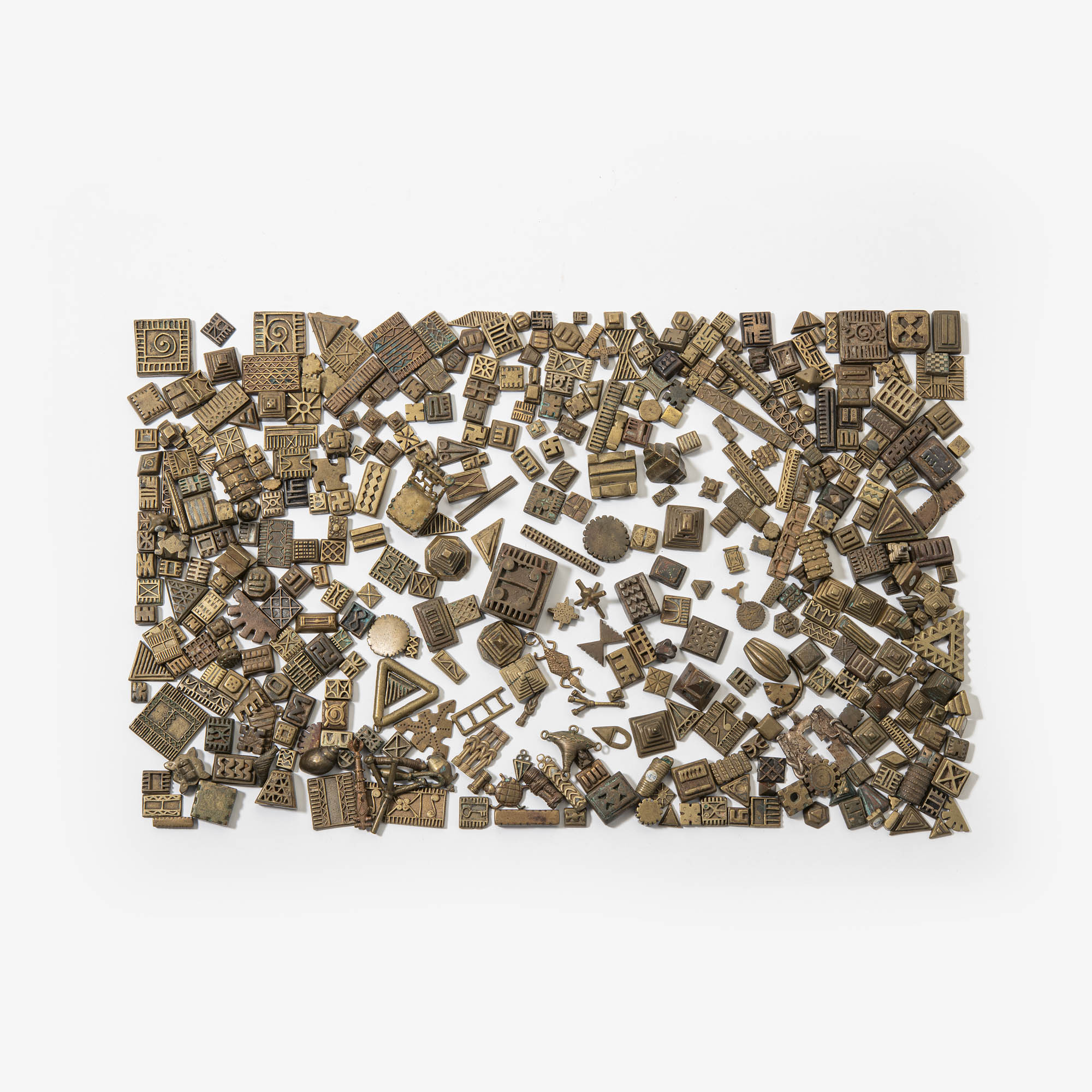 Four-hundred and fifteen brass Akan gold weights
West Africa (Akan tribe), probably 20th century
Cast in various decorative shapes.
H. 0.9 – 7.2 cm
(415 x)
Note:
Akan gold weights (locally known as mrammou) are weights made of brass used as a measuring system by the Akan people of West Africa, particularly for weighing gold dust which was currency until replaced by paper money and coins. Used to weigh gold and merchandise, at first glance the gold weights look like miniature models of everyday objects. However, this provided merchants with secure and fair-trade arrangements with one another. The status of a man increased significantly if he owned a complete set of weights.