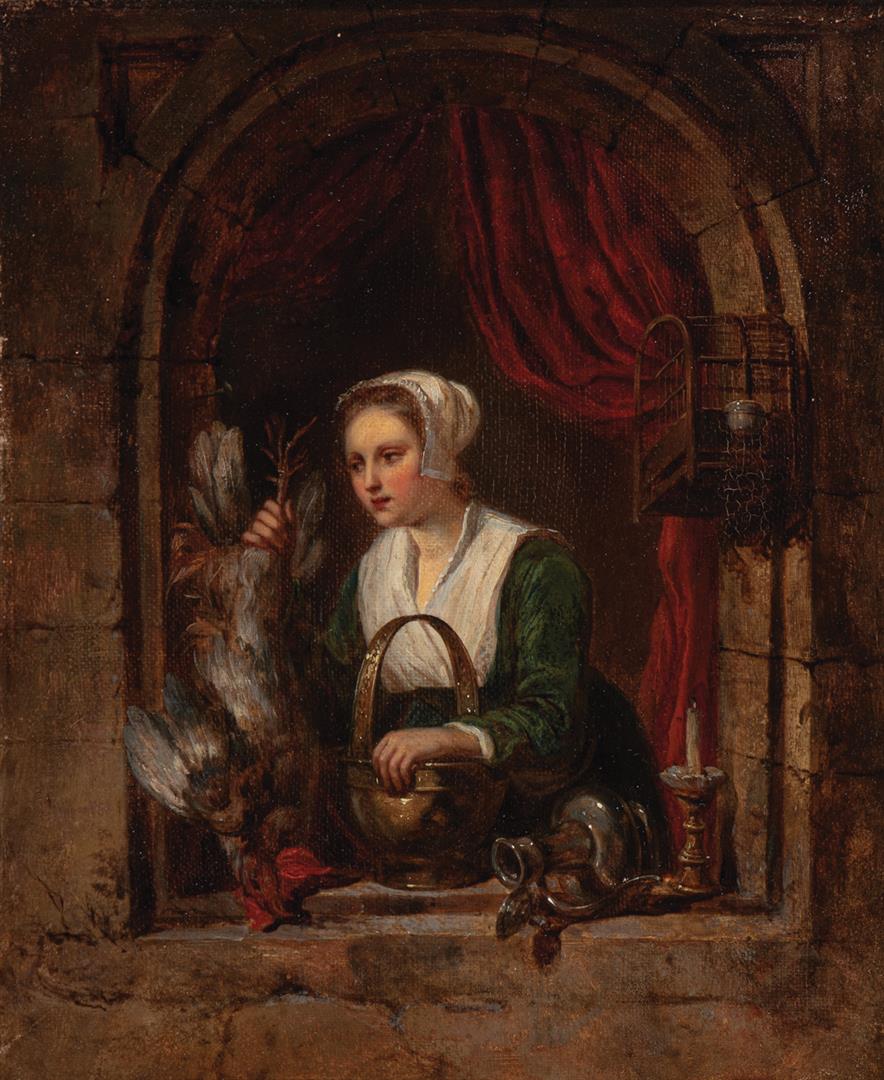 Follower of Gerard Dou
(Possibly French or English, 19th century)
A Maid Holding up a Dead Rooster in a Window
Oil on canvas on panel, 26 x 21.3 cm
Provenance:
– Private collection Mrs. Chinn, Saint Leonards-on-Sea (by 1935; Christie’s stock number 663 GD in verso, according to Christie’s records not auctioned)
– Sale Phillips, London, 20 April 2000, lot 44, as manner of G. Metsu (not ill.)
– Bought at the above by the present owner
Note:
Inspired by the painting Femme Tenant un Coq Mort by Gerard Dou, dated 1650, which is part of the collection of the Louvre Museum in Paris (inv. no. 1218).