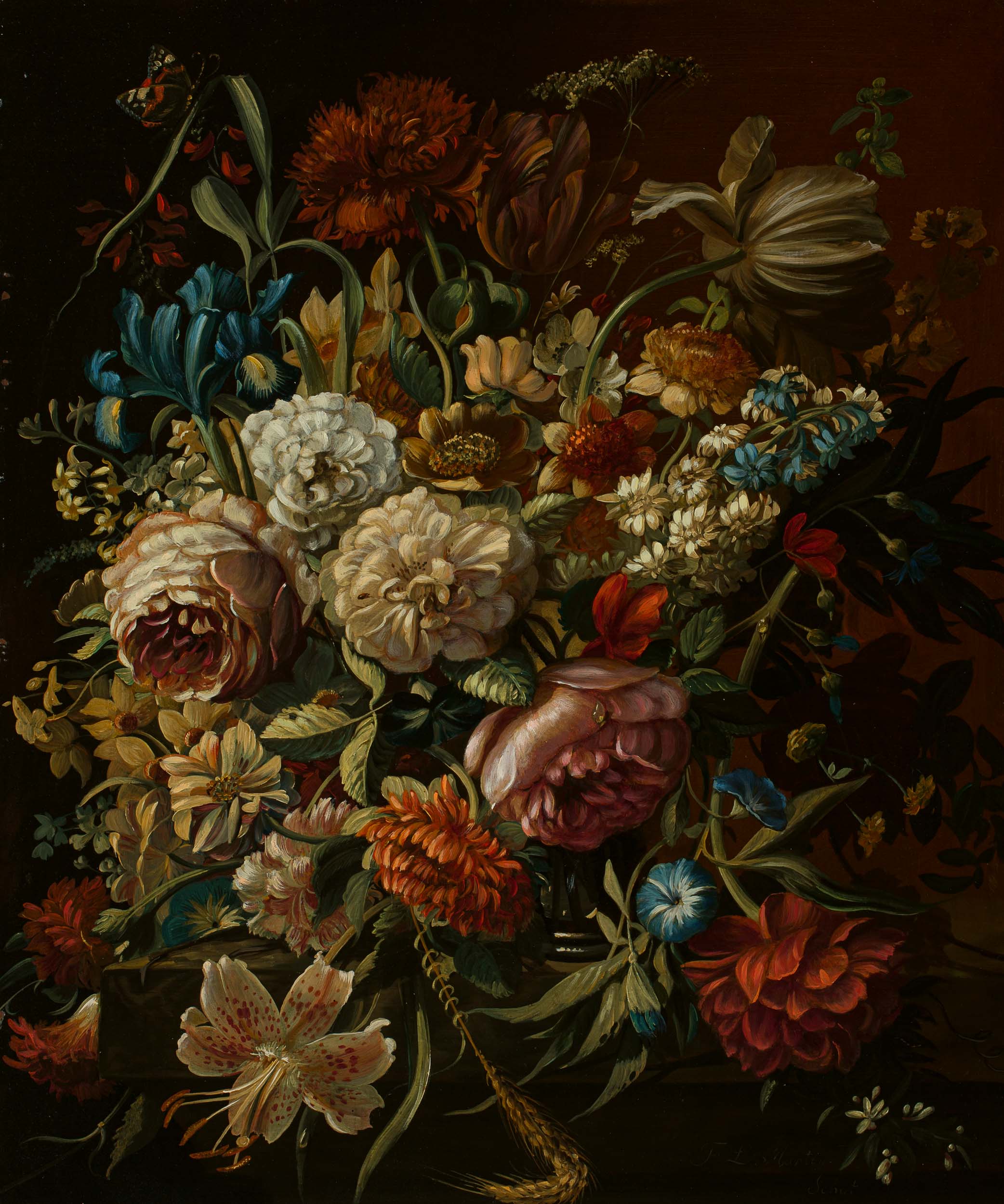 Francina Louise Martin-Schot
(Rotterdam 1816 – Schaarbeek 1894)
Flowers in a Glass Vase on a Plinth
Signed lower right
Oil on copper, 60.2 x 50.1 cm
Provenance:
Private collection, the Netherlands, thence by descent to the present owner
Note:
The Dutch painter Francina Louise Schot was born in Rotterdam in 1816 as the daughter of the pharmacist Adrianus Schot Nicolaaszoon and Petronella Jongeneel. Schot mainly made exuberant still lifes with flowers, fruit and dead game, as well as a few portraits. In 1847, at the age of 30, she became an honorary member of the Royal Academy of Visual Arts (one of the predecessors of the Rijksakademie) in Amsterdam. From 1851 onwards – the year that Francina married the widower Pierre Henri Martin – she started to sign her work ‘F.L. Martin Schot’, instead of the usual signature ‘F.L. Schot’. Schot remained prolific as a painter and received positive critical acclaim for her work.