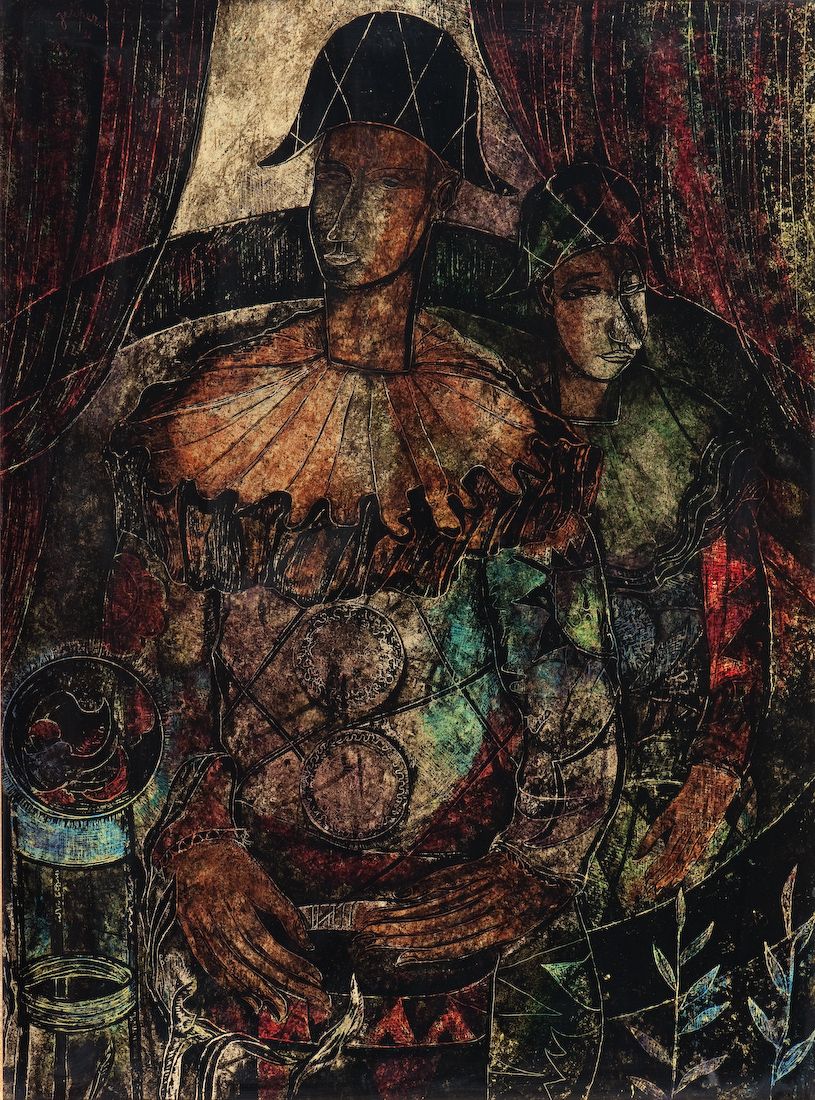 Floris Jespers
(Borgerhout 1889 – Antwerp 1965)
The performance of two harlequins
Signed and dated 22 u.l.
Reverse glass painting, 65 x 47.8 cm
N.B.:
Harlequins are often considered as fools or clowns, but what exactly is a harlequin? The harlequin can trace its origins to the Italian people’s theatre of the sixteenth century, also called the commedia dellarte. The harlequin appeared on stage dressed in a colourful checkered costume, with a Napoleon hat and a stick tucked under his belt, which served as his sword. He often resembled an acrobat or a mischievous boy and was in love with Colombina, his female counterpart. In the period of the renaissance the harlequin became a regular feature on the stage, but during the period of the enlightenment however, he was despised. Nevertheless the harlequin reappeared in the eighteenth century as the central figure in the Harlequinade, an English pantomime version of the Italian commedia dellarte. In this play the lovestruck Harlequinade and Columbine are persued by the angry father of Columbine and his assistant the (very first) clown. Towards the end of the nineteenth century the harlequin dissapeared from the pantomime plays. In the early twentieth century the caracter was reintroduced in ballet performances, in the opera, and also featured in paintings by artists including Picasso and Cezanne. During the Venice carnival the harlequin features as a main character.