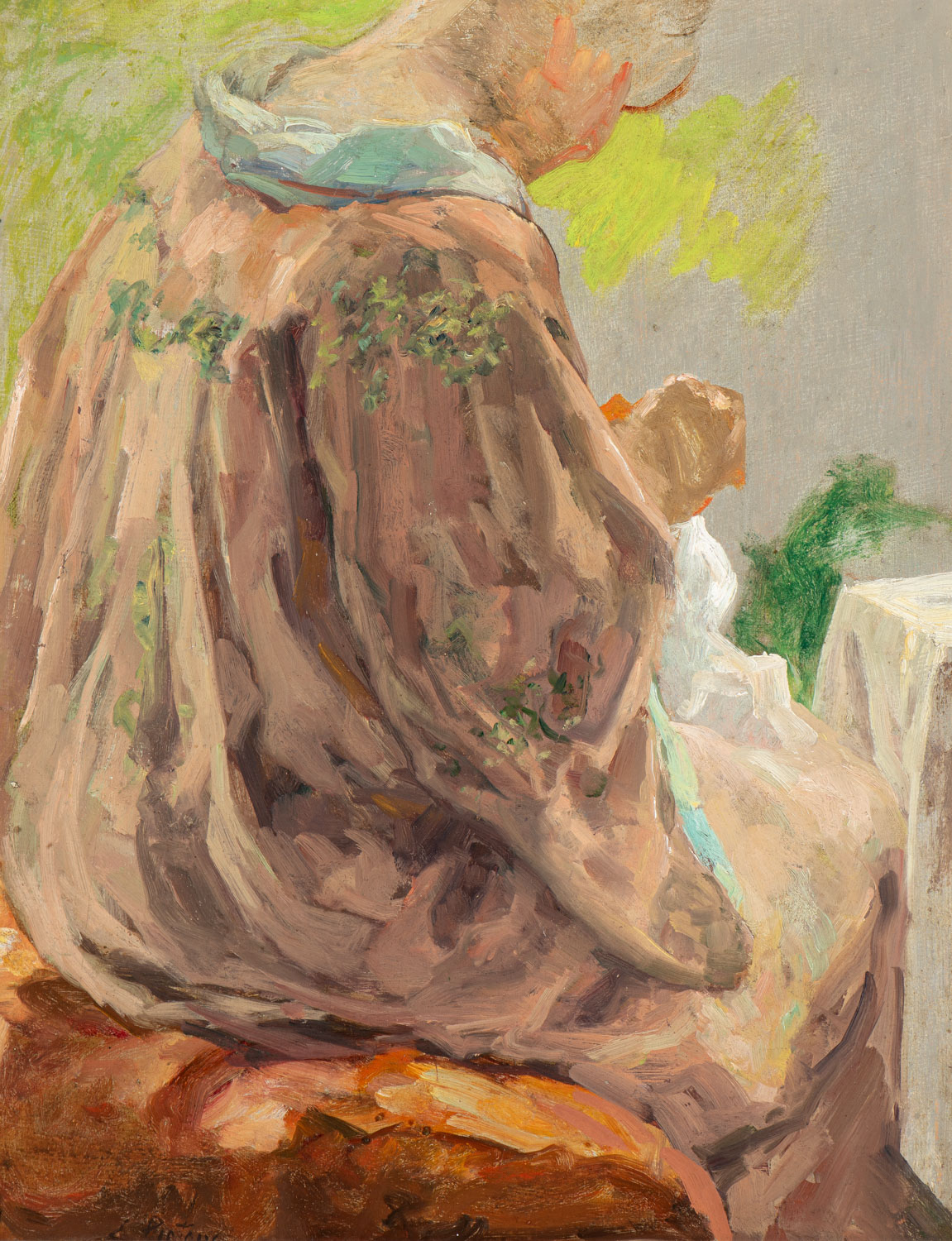 Evert Pieters was born in a poor family and was apprenticed to a house painter at an early age. At the age of nineteen he went to Antwerp, seeking an apprenticeship with a decorative painter. While he was there, he also took drawing classes at the Royal Academy of Fine Arts. He remained in Belgium as a freelance painter and won a medal at the Seconde Exposition Internationale d’Anvers in 1894. Shortly thereafter Pieters married Marie van de Bossche (1855-1940), with whom he returned to the Netherlands and settled in Blaricum in 1897. This painting shows Marie in their garden.