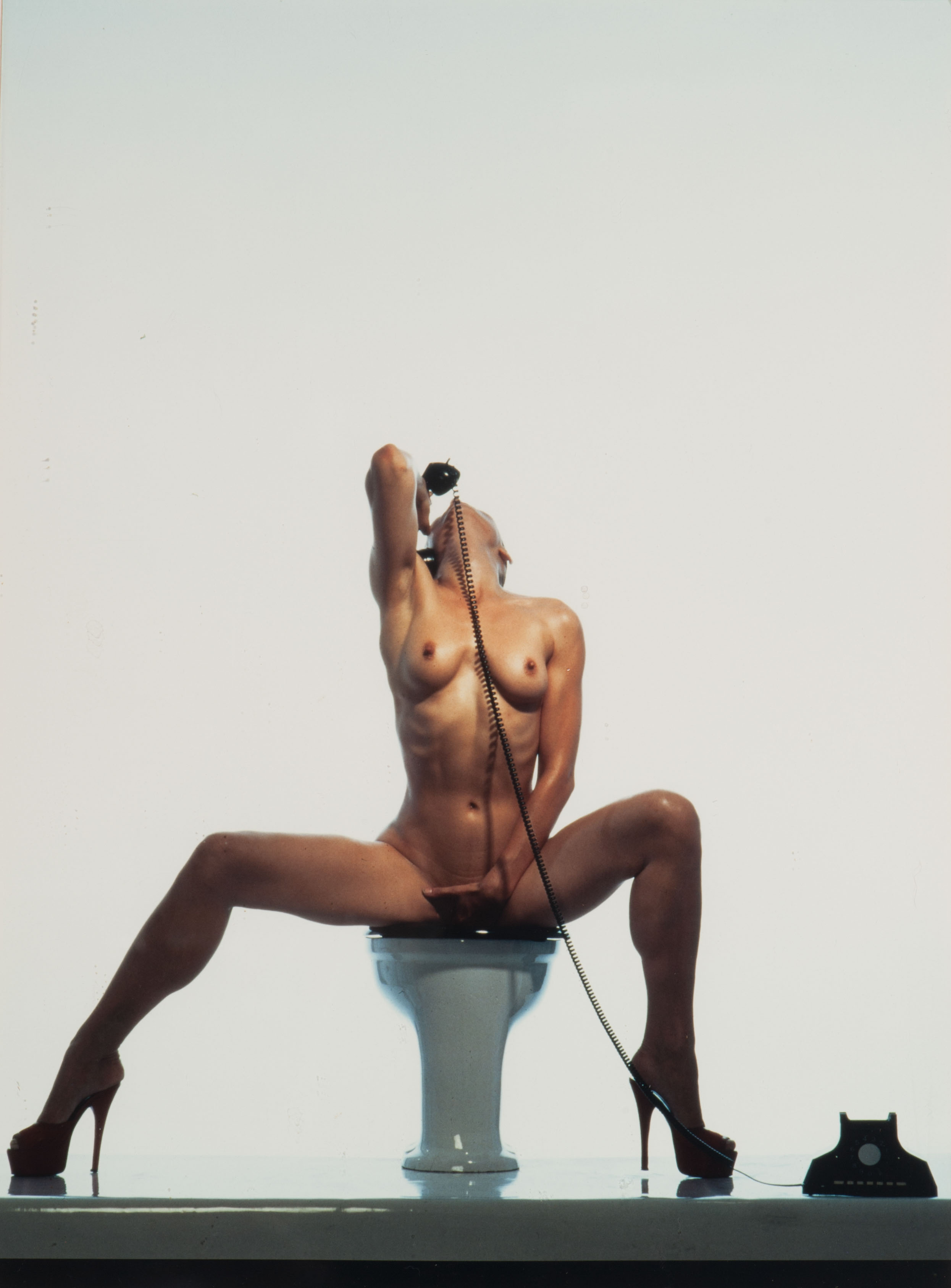 Erwin Olaf
(Hilversum 1959)
06
C-print, 40.9 x 30.7 cm
N.B.:
This photograph was made for the original film poster of the Dutch film 06 by Theo van Gogh in 1994, which is seen as one of his most succesful films. 06 won two awards at the Dutch Film Festival and in 1995 was nominated on behalf of The Netherlands for the Academy Award for Best Foreign Film. The Advertisement Code Commission at the time was of the opinion that this poster, made by Erwin Olaf, was in violation of common decency.