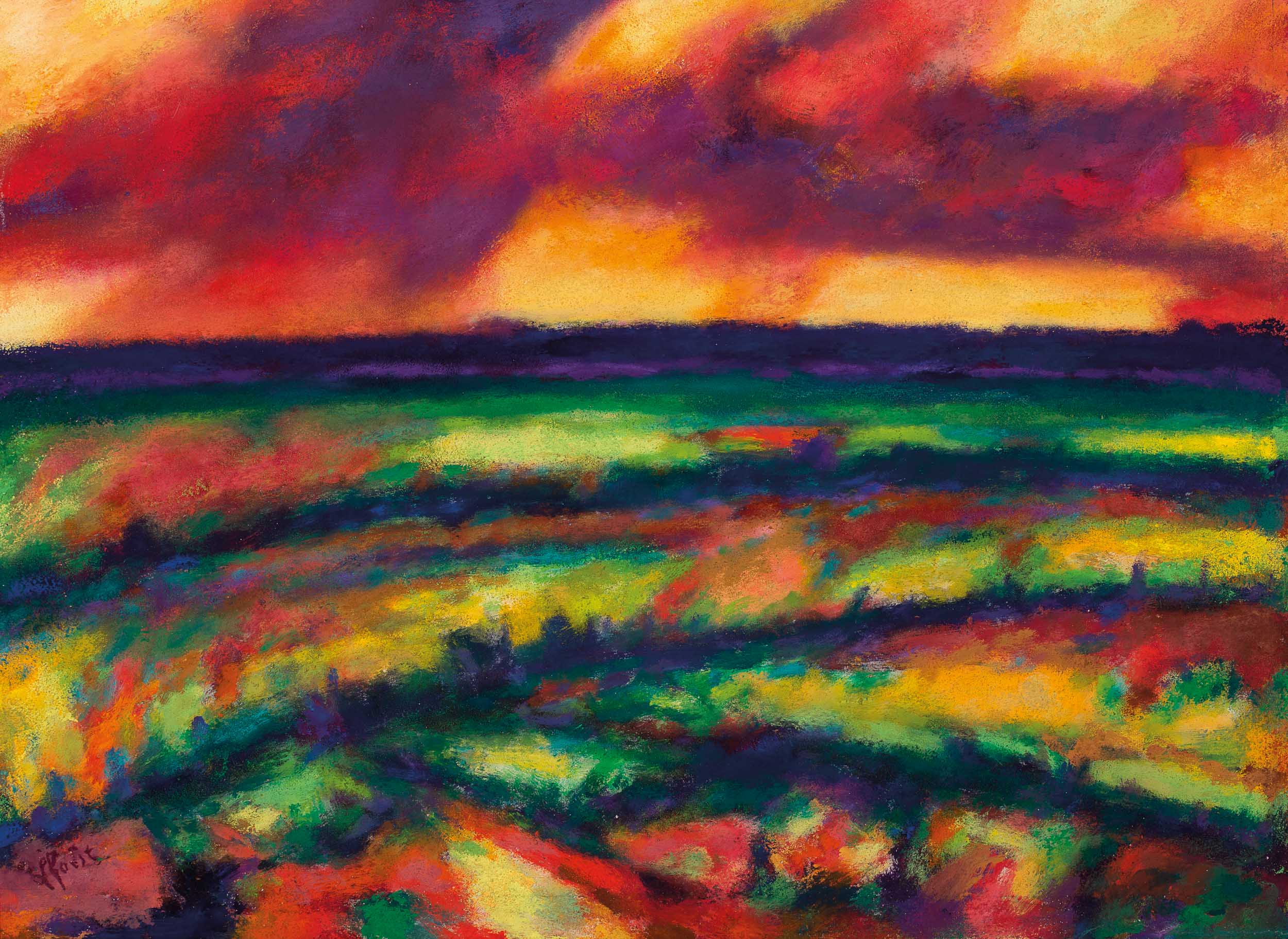 Engelbert L’Hoëst
(Amersfoort 1919 – Soesterberg 2008)
Landscape
Signed lower left
Signed and numbered N° 602 on a photo of the work on the backing
Oil and sand on board, 60 x 76.5 cm
Provenance:
Private collection, the Netherlands
Note:
Under the influence of modern painting, in particular the CoBrA movement, L’Hoëst produced colourful and expressive paintings after the war. Together with painters such as Gerard Grassère, Jan Stekelenburg and Douwe van der Zweep, he exhibited under the name ‘Progressives’ in 1954 in the Centraal Museum in Utrecht. He later exhibited at the Salon in Paris. Most of the years after World War II, L’Hoëst lived and worked in countries such as France, Spain and Portugal. In addition to his long sojourn abroad, his reclusive lifestyle and his introverted nature are the most important explanations for his relative unfamiliarity in the Netherlands. Many of his earlier works ended up with collectors all over the world, notably in Germany, America and China. After various exhibitions were held in the Netherlands, including a retrospective exhibition in 1989 at Singer Museum in Laren, the art of L’Hoëst also began to be collected in the Netherlands.