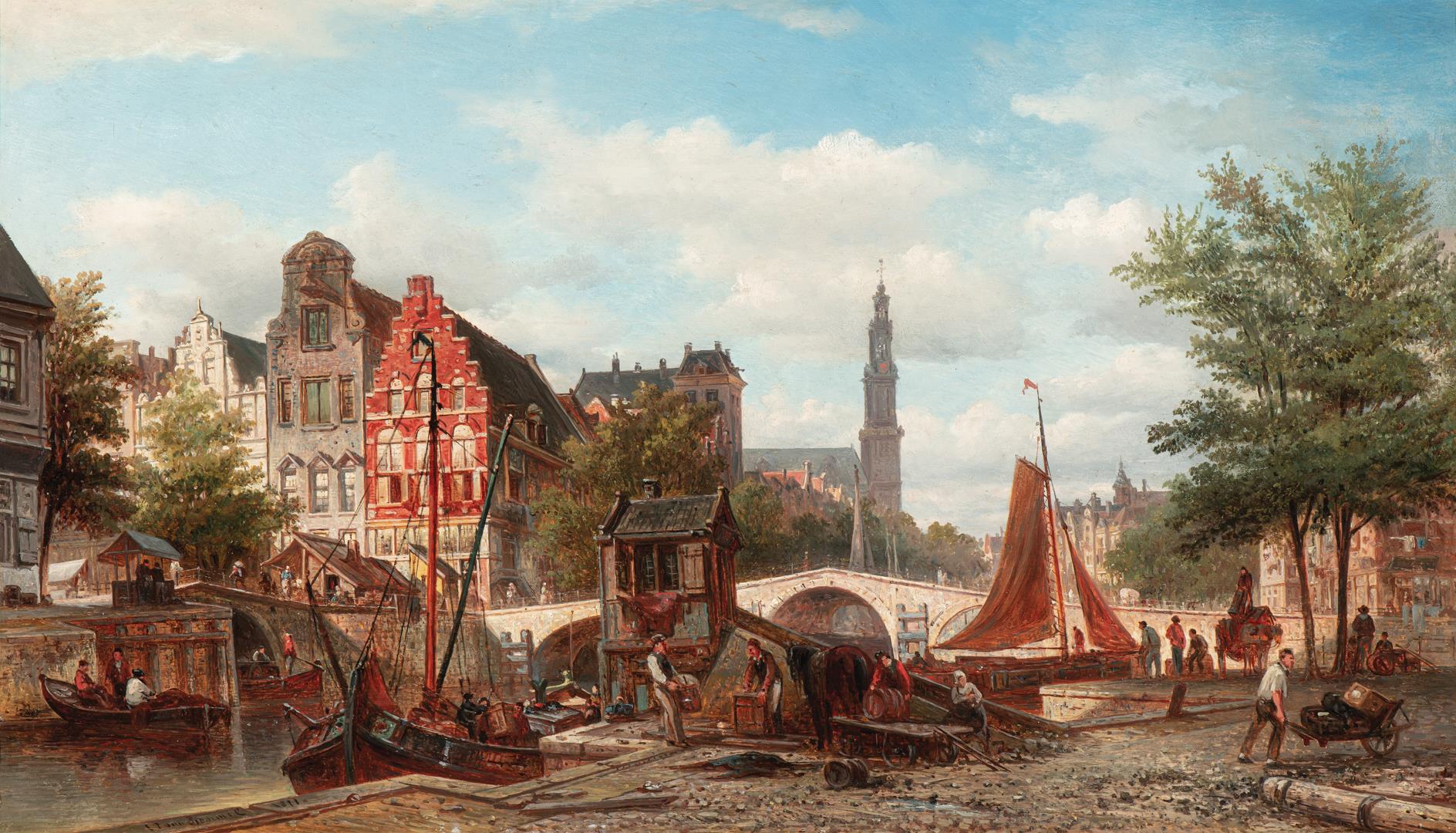 Elias Pieter van Bommel
(Amsterdam 1819 – Vienna 1890)
View of the Prinsengracht and the Westertoren in Amsterdam
Signed and dated 1873 lower left
Oil on panel, 36 x 63.6 cm
Provenance:
– Cooling Galleries, London (c.1960s)
– Private collection, United Kingdom
– Private collection, the Netherlands
Note:
The Westertoren (‘Western Tower’) in Amsterdam is the tower of the Westerkerk (‘Western Church’), at 279 Prinsengracht, near the Westermarkt in Amsterdam-Centre. With its height of 85 meters, the Westertoren is the highest church tower in Amsterdam. The first stone was laid on 22 March 1622. The tower was completed in 1638, about seven years after the Westerkerk was inaugurated. Assistant architect Willem Springer (1815-1907) – brother of the painter Cornelis Springer (1817-1891) – was involved in the design. In 1489 Amsterdam had received the right from King Maximilian to place the Imperial Crown of Austria on the city’s coat of arms. This right as a token of gratitude for the city’s support during the Hoekse and Kabeljauwse disputes. In 1602 Emperor Rudolph II commissioned the definite design: a mitre with a crown over it and on top the orb – a sphere symbolising the universe with a cross on top. The mitre of the imperial crown has been blue for centuries. In 1898, however, Amsterdam acquired a new coat of arms. The colour of the mitre in the coat of arms became yellow. During a renovation in 2006, the crown has regained its original blue colour.