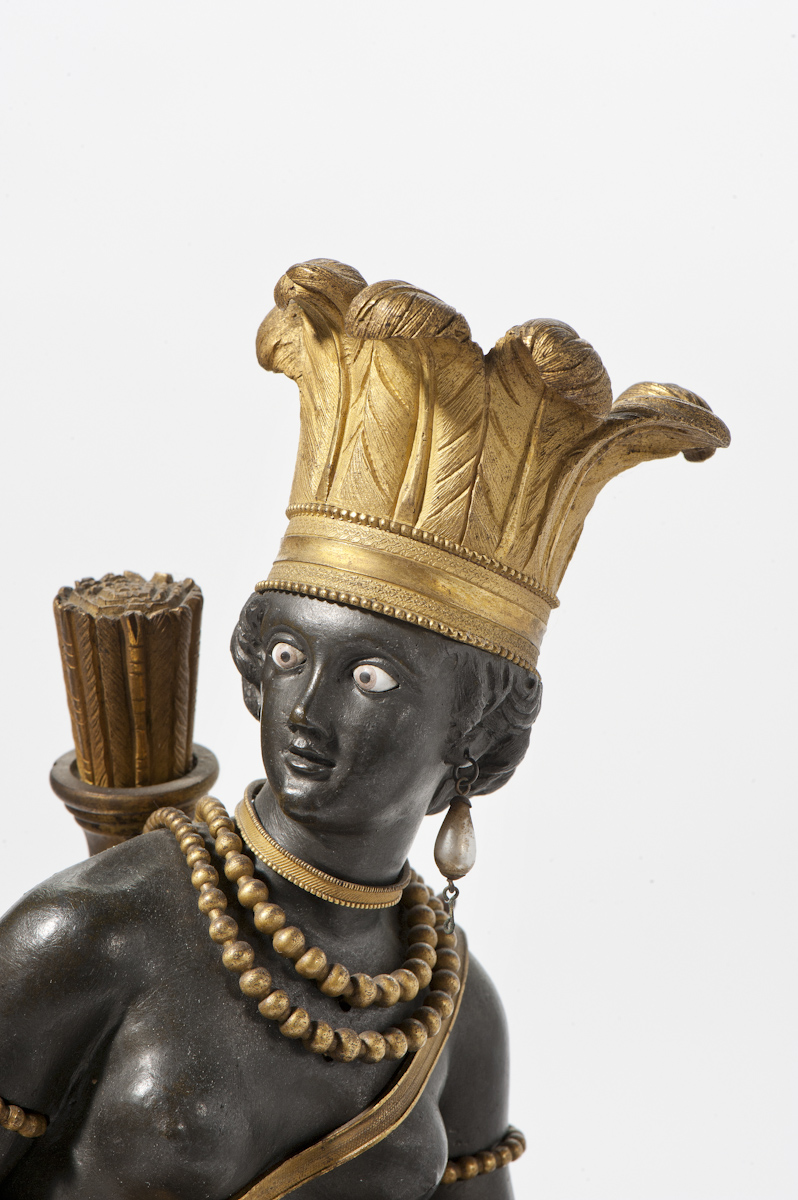 A fire gilded and oxidised ‘au bon sauvage’ mantle clock
Late 18th/early 19th century, signed Menat à Paris, Rue du Roulle
Depicting America. Represented by an Indian woman with bow and lance, with which she kills an alligator. Going train with pendulum on eyelet, striking train. With pendulum and key.
H. 50 cm
Provenance:
Private collection, The Netherlands.
N.B.:
Menat became a master in 1786 and was working on the Rue du Roulle from 1789-1812.