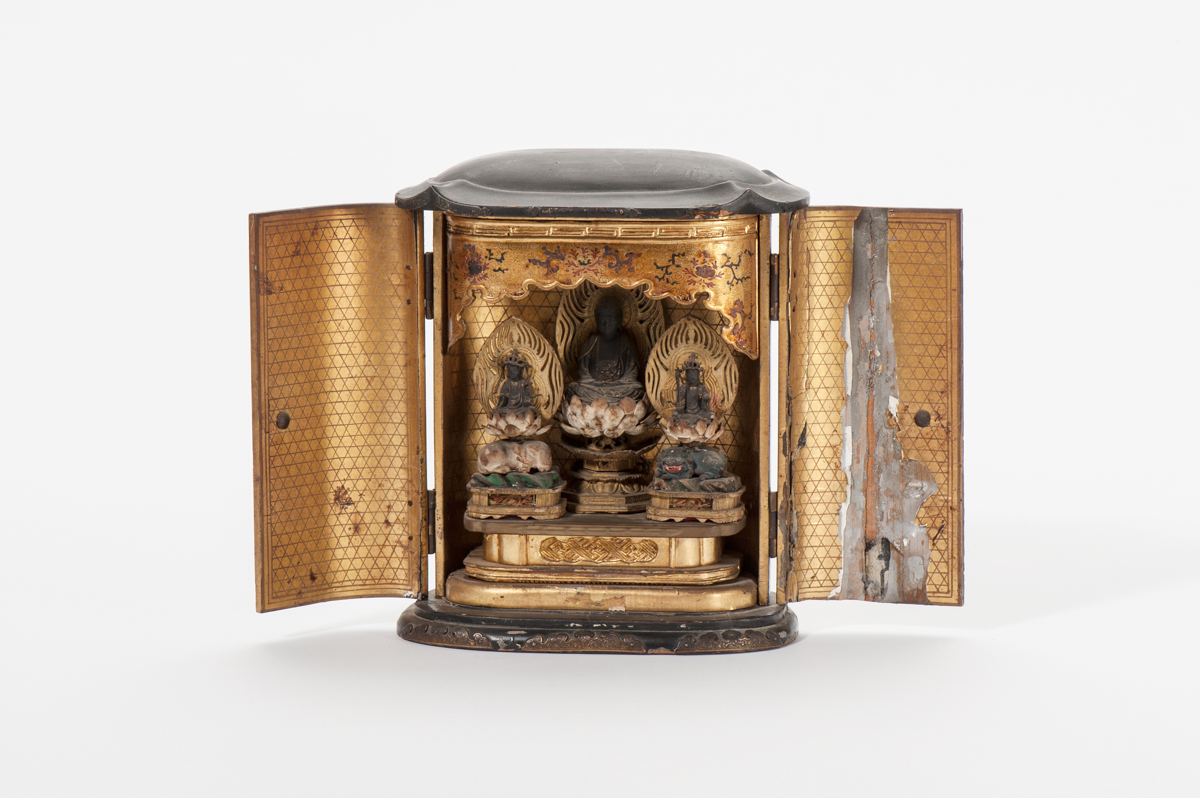 163. A gilt and polychrome wood shrine

A gilt and polychrome wood shrine
Japan, Edo period, 19th century
The rectangular-shaped shrine is equipped with a pair of hinged doors displaying an altar. The latter is supporting three Buddhist images. The central figure represents Amida Buddha who is one of the five Transcendental or Cosmic Buddhas and presides over the western directions. He is seated in vajrasana on a lotus base placed on a pedestal. Both hands are held in the meditation gesture or dhyanamudra. He is wearing a pleated monks robe. His face displays a serene expression with downcast eyes and smiling lips. He is flanked to his right by Fugen Bosatsu or Samantabhadra, representing Universal Kindness, seated on a lotus that on its turn is placed on an elephant. To the other side Amida Buddha is flanked by Manjushri or Monju Bosatsu, the god of Wisdom, who is supported by his vehicle the lion. Similar flaming horseshoe shaped halos are placed behind all three divinities.
H. 15.5 cm