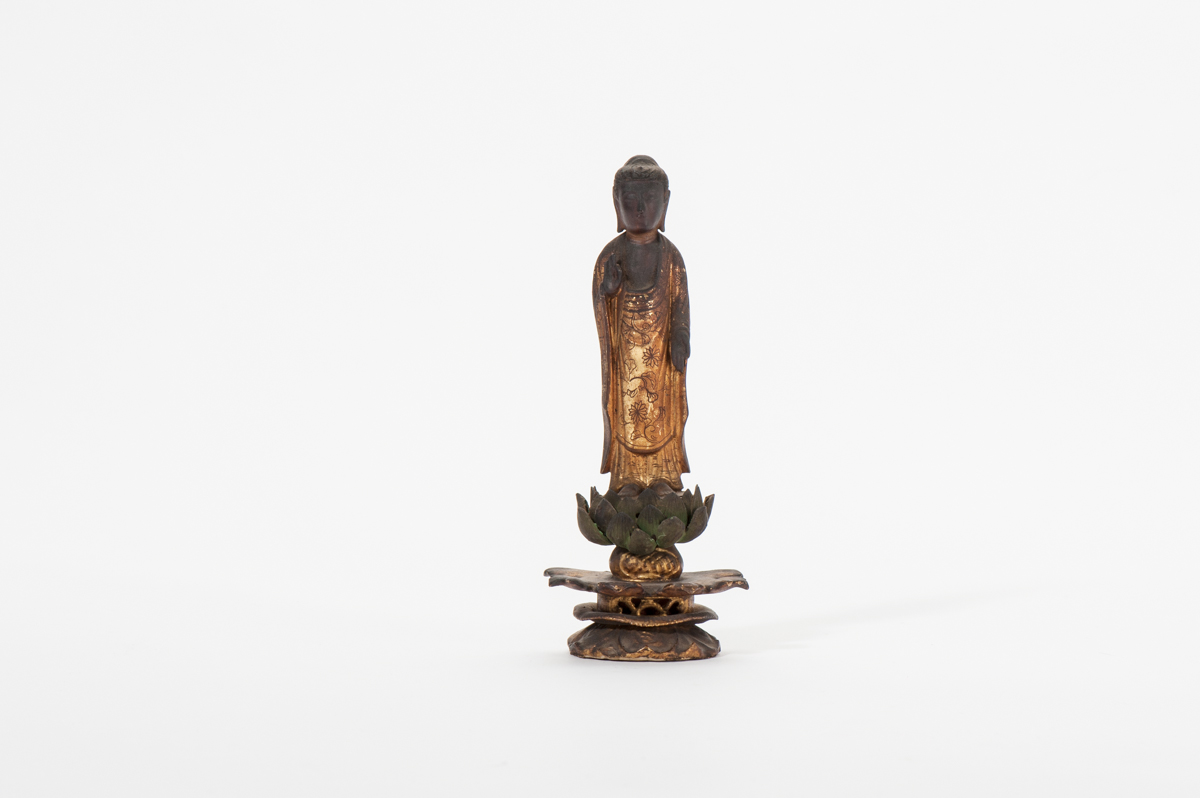 155. A gilt and lacquered wood figure of Buddha Shakyamuni

A gilt and lacquered wood figure of Buddha Shakyamuni
Japan, Edo period, 19th century
The Historical Buddha is carved in standing posture on a lotus flower base of which the petals are facing up. The lotus base is placed on an elaborate base consisting of several broad lotus petal layers. Both hands display the vitarkamudra gesture, though the right hand is raised and the left hand lowered. He is clad in a pleated monks garment consisting of an undergarment of which the lower hem falls around his ankles and a mantle covering both shoulders, finely painted with flowers and flower heads. His face displays a meditative expression with slit eyes below slightly arched eyebrows, aquiline nose, smiling lips and elongated earlobes. Both head and cranial protuberance or ushnisha are covered with curls.
H. 16.6 cm