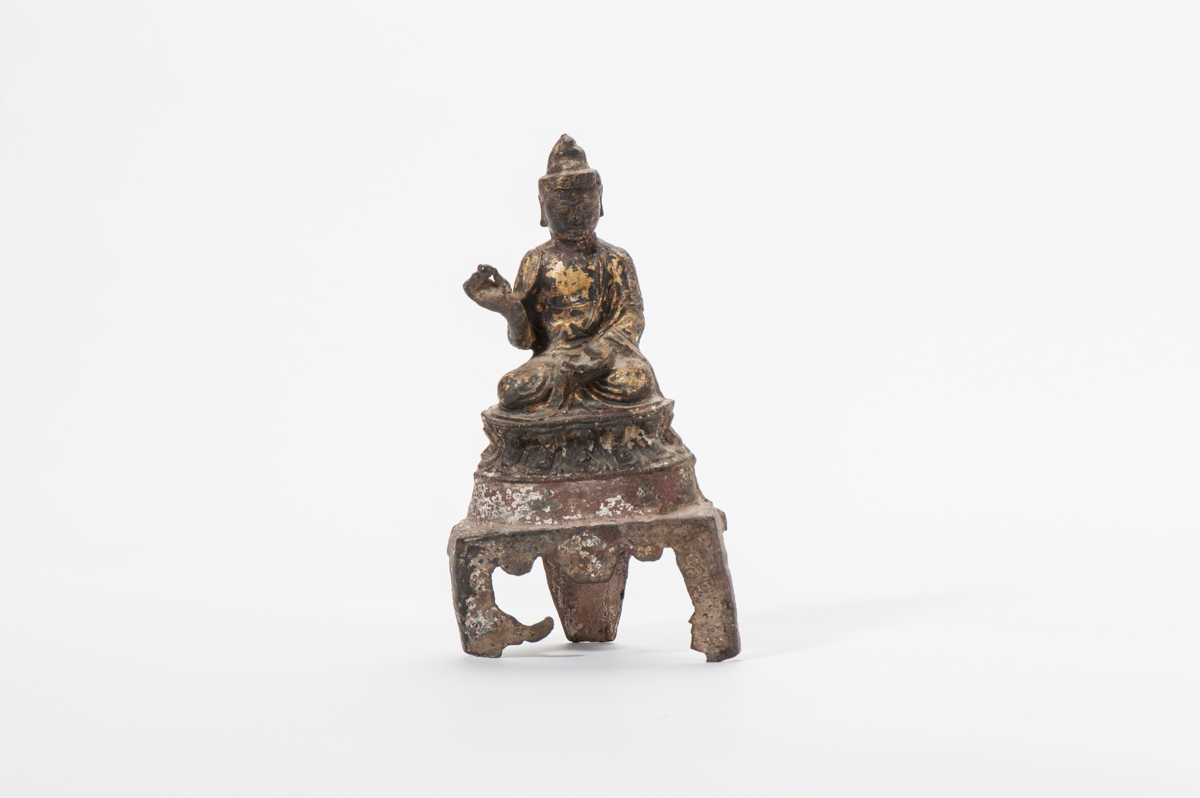 A gilt bronze figure of Buddha Shakyamuni
China, Ming dynasty, 17th century
Buddha Shakyamuni, who was born in the sixth century B.C. in present-day Nepal, is seated here in vajrasana on a lotus base that is placed on a three-legged shaped pedestal. His right hand is slightly raised and shows the vitarkamudra gesture, while the other rests on his lap. He is clad in an undergarment secured around his middle and a mantle covering both shoulders and which lower part falls over his legs onto the lotus base. His head is slightly tilted to the left and cast with a meditative expression with downcast eyes below arched eyebrows, urna, aquiline nose, smiling lips and elongated earlobes. His wavy hair is combed into a ushinisha. Traces of red lacquer still adhere to the throne.
H. 19,5 cm