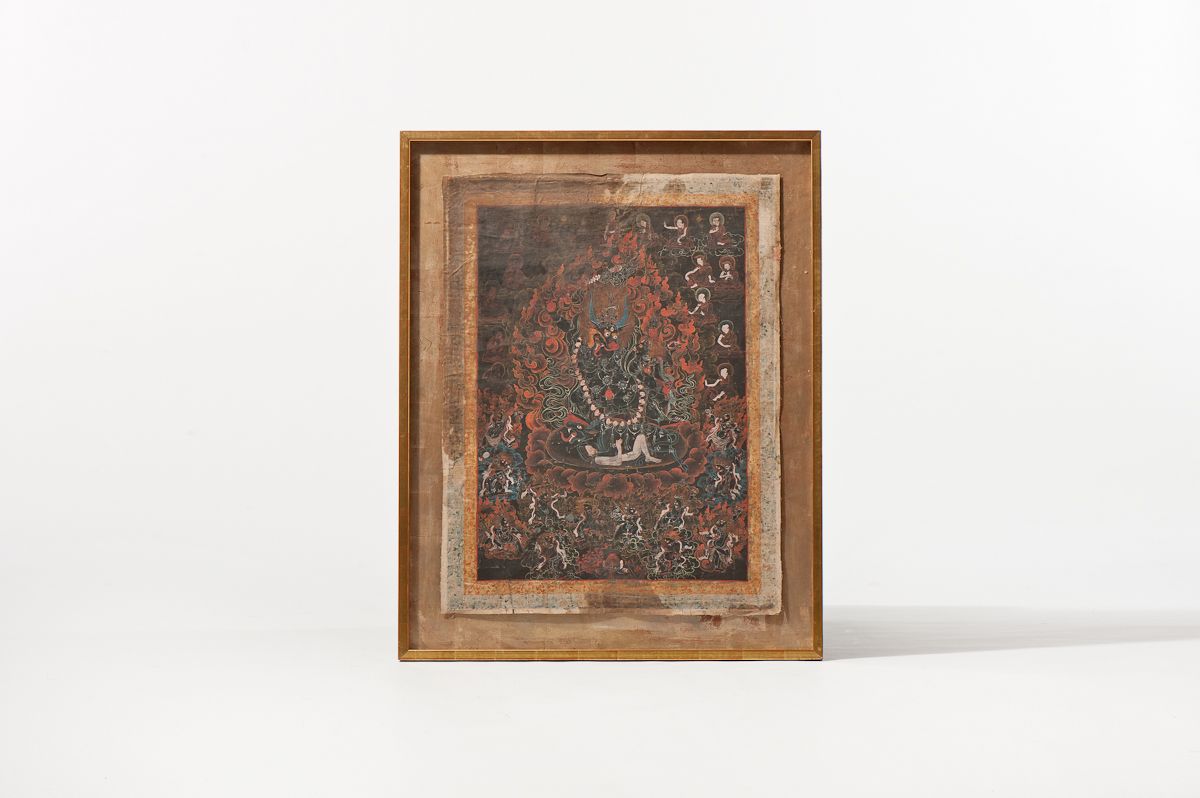 A Thanka, depicting Yama and Yami
Tibet, 17th century
A black ground Thanka painting with the deity Yama, the lord of death.
Striding on his mount the buffalo on a human figure holding his consort Yami in his arms surrounded by flames.
In the lower part of the painting are a group of wrathful tantric deities, depicted in the upper part is a group of holy monks.
Thanka H. 90.1 x W. 68 cm
Provenance:
The Koeltz collection, U.S.A.