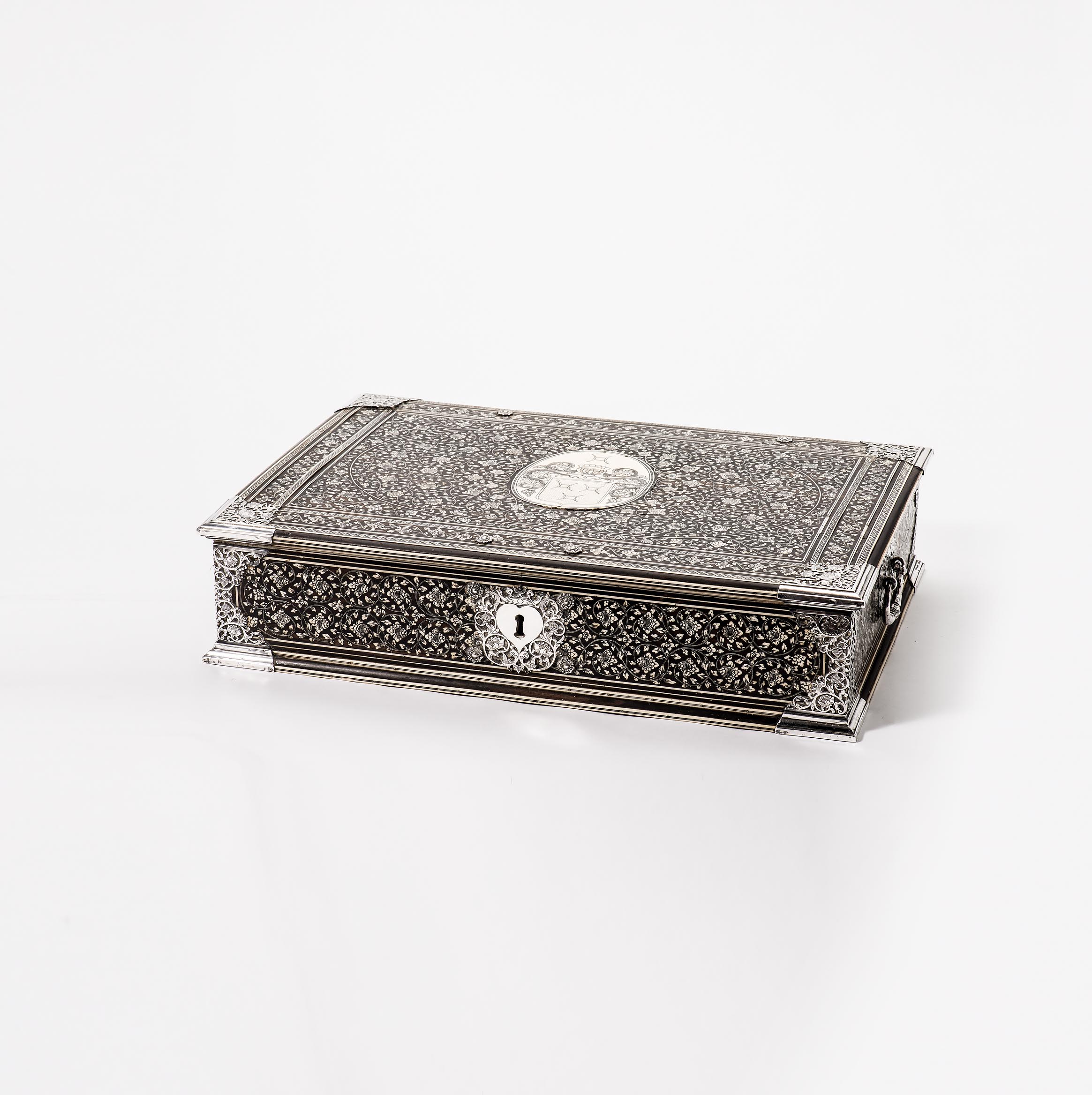 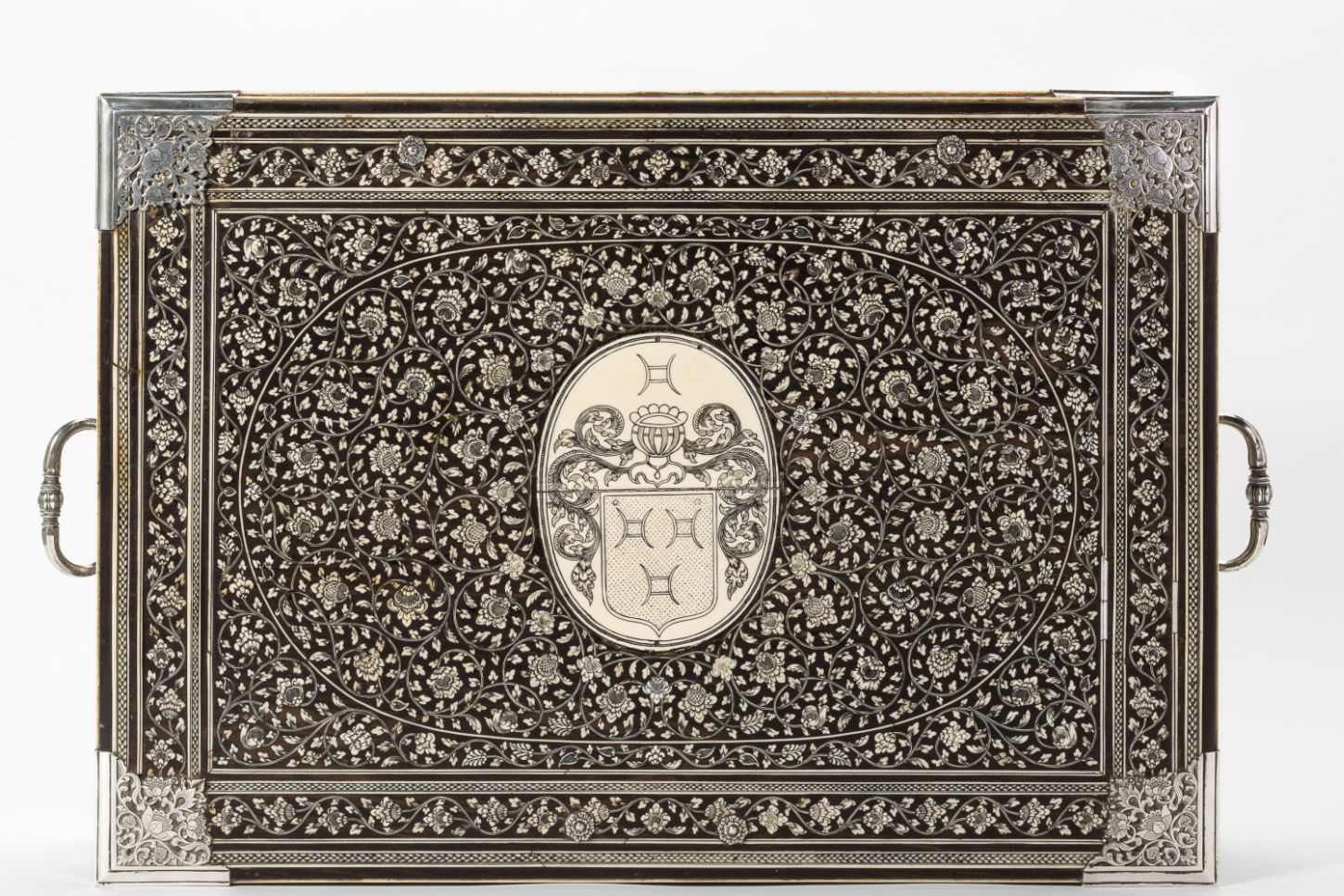 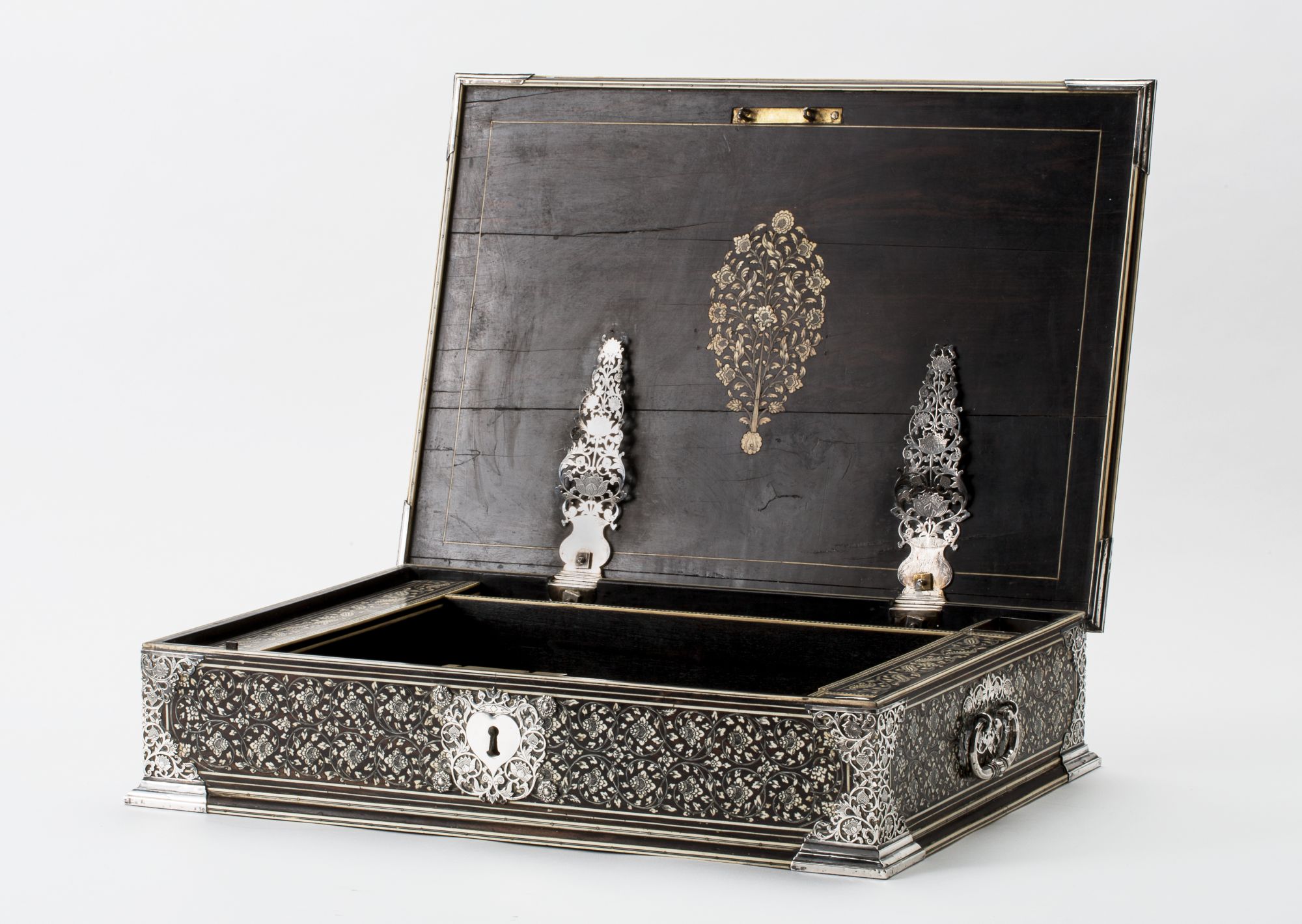 A colonial Vizagapatam pen-engraved ivory-inlaid ebony document box with silver mounts
Circa 1720, the silver possibly Batavia
The sides and cover, with four silver floral ornaments, inlaid with a delicate pen-engraved ivory pattern of flower scrolls. The corners with ajour carved floral silver mounts, the silver heart-shaped lock-plate surrounded by ajour carved flowers and surmounted by a crown. Two sides with silver handles. The interior, with further silver mounts and pen-engraved ivory inlays, divided into compartments comprising three drawers and two hidden drawers, a loose square silver caster and similar holder. The cover with oval ivory medallion engraved with a coat-of-arms.
Second grade silver
H. 13.5 x W. 57.8 x D. 40.6 cm
Provenance:
Private collection, the Netherlands
N.B.I:
The box likely belonged to VOC merchant Johan van Oordt (1701-1775) who resided on the island of Ambon as a merchant and official. In August 1 1741 he left resigned from the VOC and was appointed the alderman of Batavia, commissioner of the Bank-Courant and the Loanbank. On August 22, 1731 he married Catharina Theodora Poulle in Cape of Good Hope, and he died in Batavia in the year 1775.
He had a daughter, Sara Maria van Oordt (1738-1782), who in 1762 married Pieter Hendrik Breton (1722-1794), who was a merchant in service of the VOC, Governor of Ambon, and Director-general of the Dutch-East Indies.
N.B.II:
A comparable box executed in rosewood is in the collection of the Rijksmuseum (object No. NG-854), and is on permanent display in room 1.5 – 1700-1800: The Netherlands overseas.
N.B.III:
For a comparable box of smaller size, see: Auction Christie’s Amsterdam, 22-23 March 2011, lot 97.