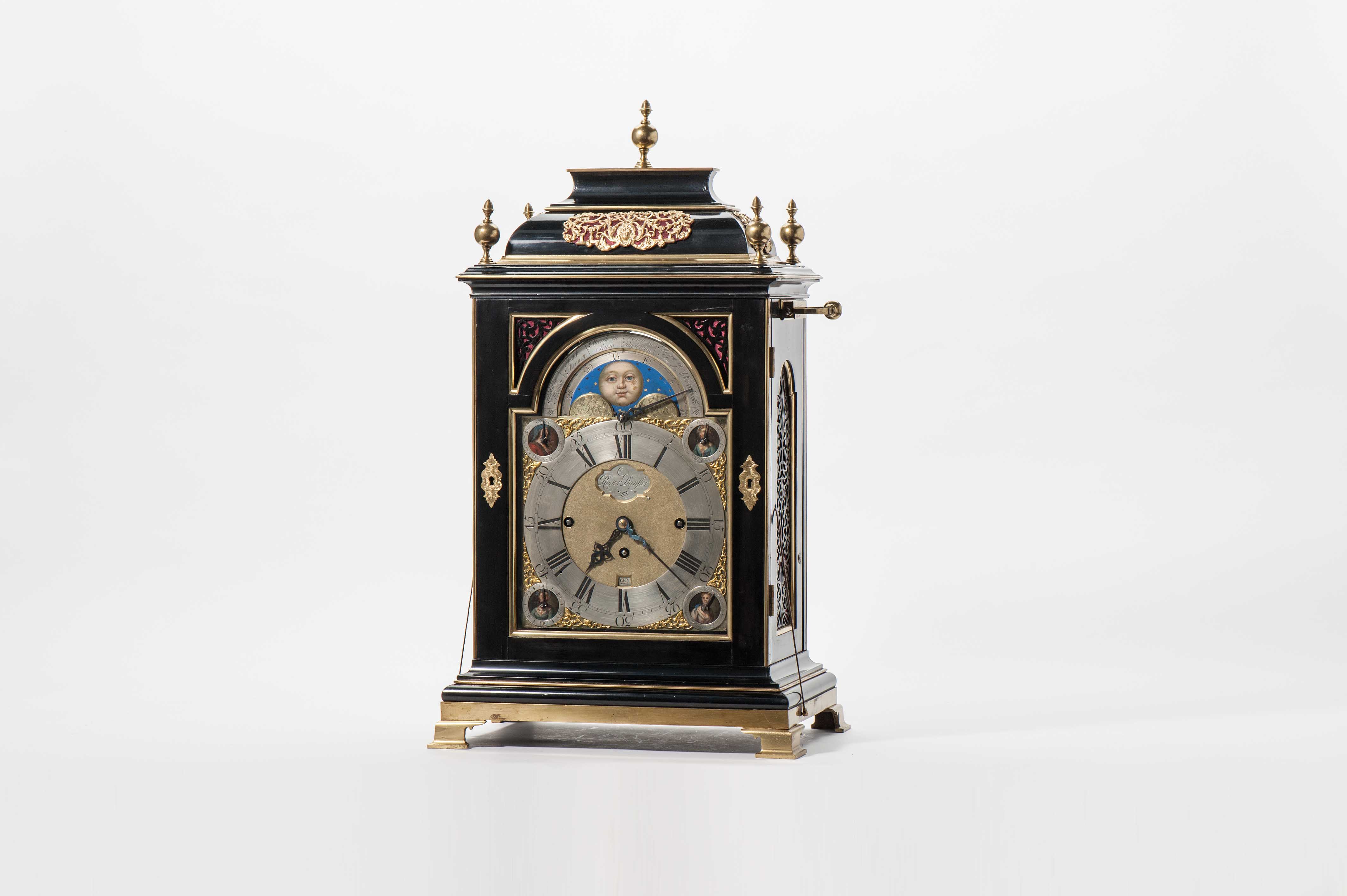 A large table clock
Amsterdam, second quarter 18th century, signed Roger Dunster
Verge escapement, double stricking, six melodies: Belsize Minuett, Bath Minuett, March in Scipio, March in Dioclessian, March in Amadis, Bergamasco. Silvered chapter ring with Roman numerals for the hours and Arabic numerals for the minutes, lunar phase, matted dial with date indication, four small dials with indication of the days of the week, Strike/Not Strike, Chime/Not Chime and the minutes, each against the background of the portrait of a lady, black lacquered wooden case with pinnacles on the corners and top, back plate engraved with vines, two birds and signature Roger Dunster. Two bronze handles. Pendulum and key.
H. 63 cm
Provenance:
– Collection Janssen, The Netherlands
– Auction Sotheby’s Amsterdam, 25 November 2003
N.B.:
Roger Dunster was active from 1722 with his partner Clarke, from circa 1730 onward he became independent. In 1744 he acquired a house on the Vijgendam in Amsterdam and died in 1747. Dunster is seen as one of the most important clock makers of Amsterdam.