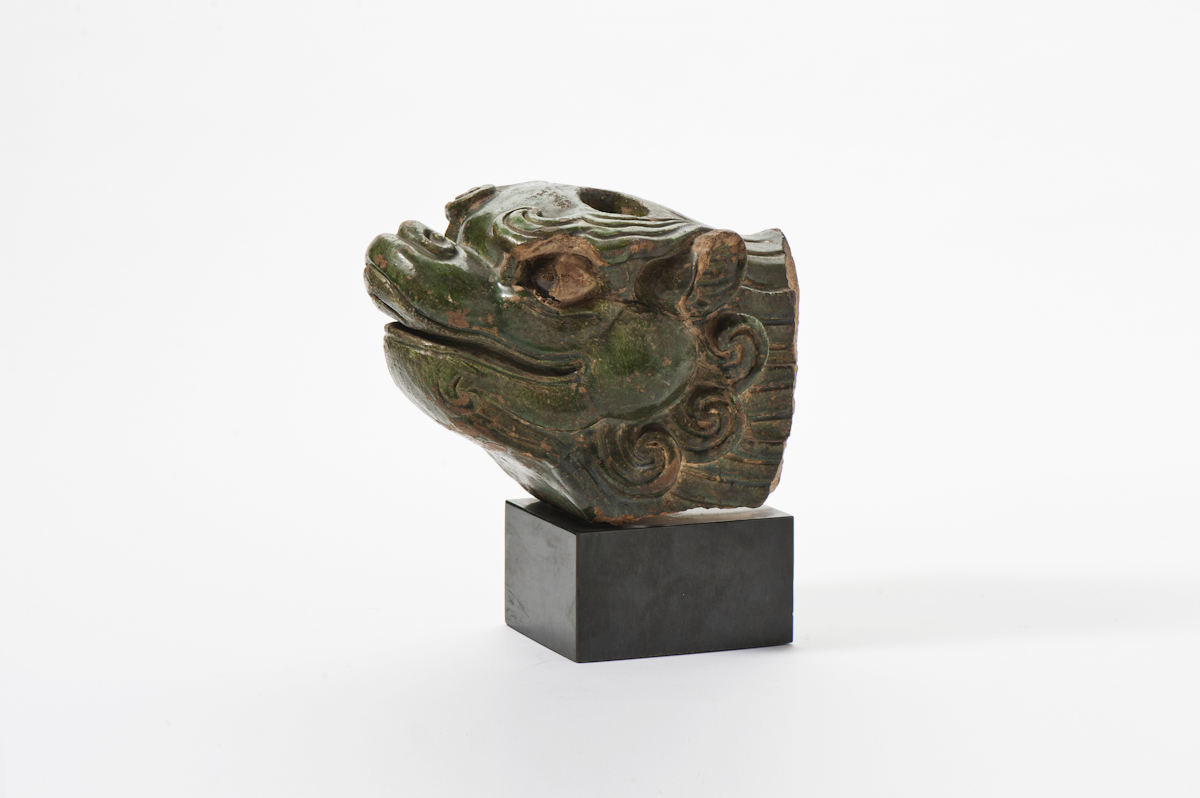 A green glazed roof ornament in the shape of a dragon’s head
Ming dynasty or earlier
Two openings on the head. Marble base.
H. 24 cm (incl. base)
Provenance:
Bought by the father of the current owner in 1965 at Nystad Antiquairs N.V., Lochem.
N.B.:
According to hear-say originally part of the ‘Porcelain Tower’ in Nanking, built in 1412-1431 under emperor Yongle. According to the story this dragon’s head was donated by dr. M. Liese in 1912 to Waldemar Prince of Prusia.