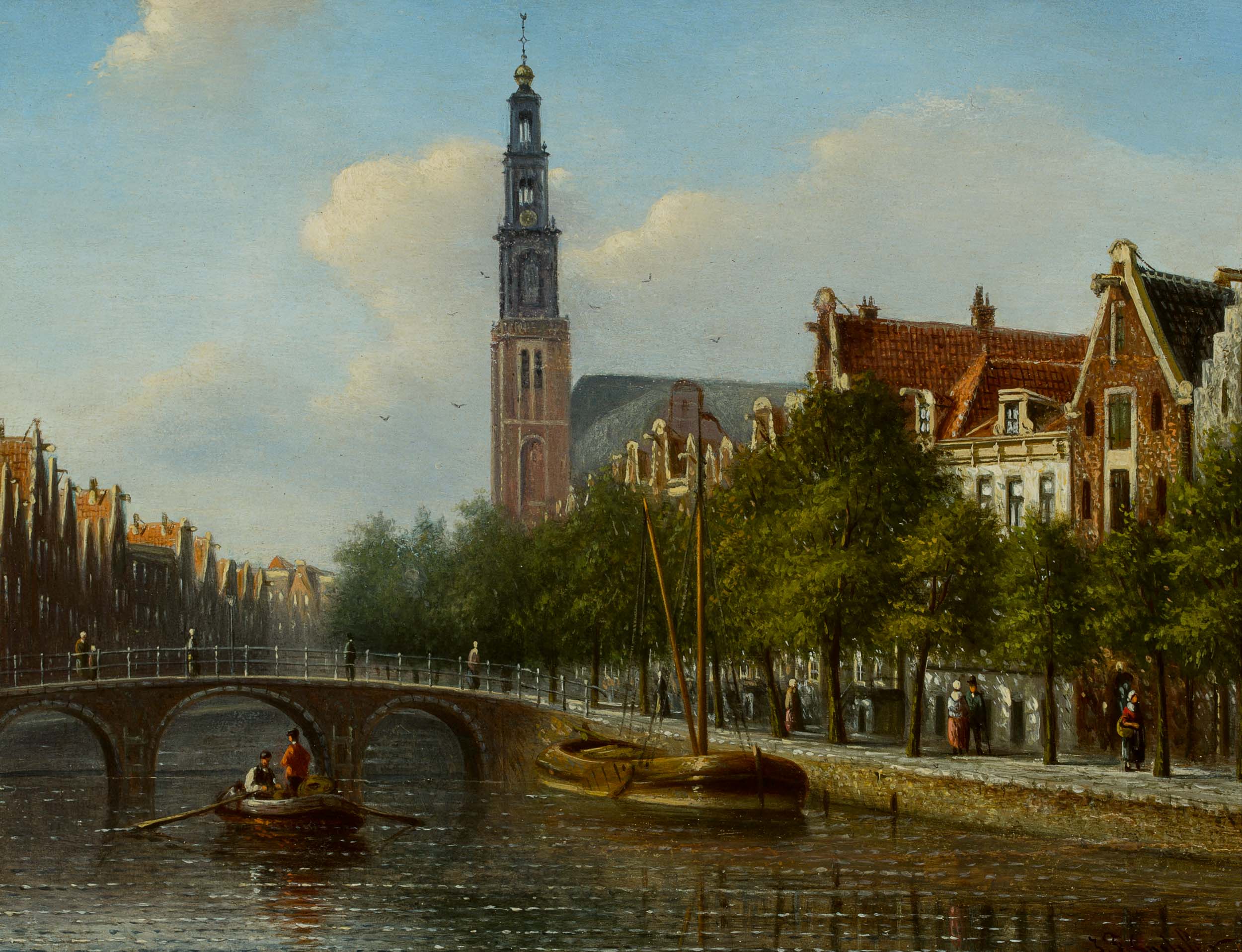 Johannes Franciscus Spohler
(Rotterdam 1853 – Amsterdam 1923)
Een Gezicht op de Westertoren, Prinsengracht te Amsterdam (A View of the Westertoren, Prinsengracht in Amsterdam)
Signed lower right
Oil on panel, 15.9 x 20.7 cm
Provenance:
– Richard Green Art Gallery, London (inv. no. AA 439)
– Private collection, the Netherlands
Note:
With its 85 meters, the Westertoren is the highest church tower in Amsterdam. The first stone was laid on March 22, 1622. The Westertoren was completed in 1638, about seven years after the Westerkerk was inaugurated. Assistant architect Willem Springer – brother of the painter Cornelis Springer – was involved in the design. In 1489 Amsterdam had received the right from King Maximilian to place a crown on the city’s coat of arms. Hence, an imperial crown on top of the tower was placed. In 1602 Emperor Rudolph II commisioned the definite design: a mitre with a crown over it and on top the orb – a sphere symbolising the universe with a cross on top. The mitre of the imperial crown has been blue for centuries. In 1898, however, Amsterdam acquired a new coat of arms. The colour of the mitre in the coat of arms was gold or yellow, as seen on this work by Spohler. During a renovation in 2006, the crown has regained its original blue colour.