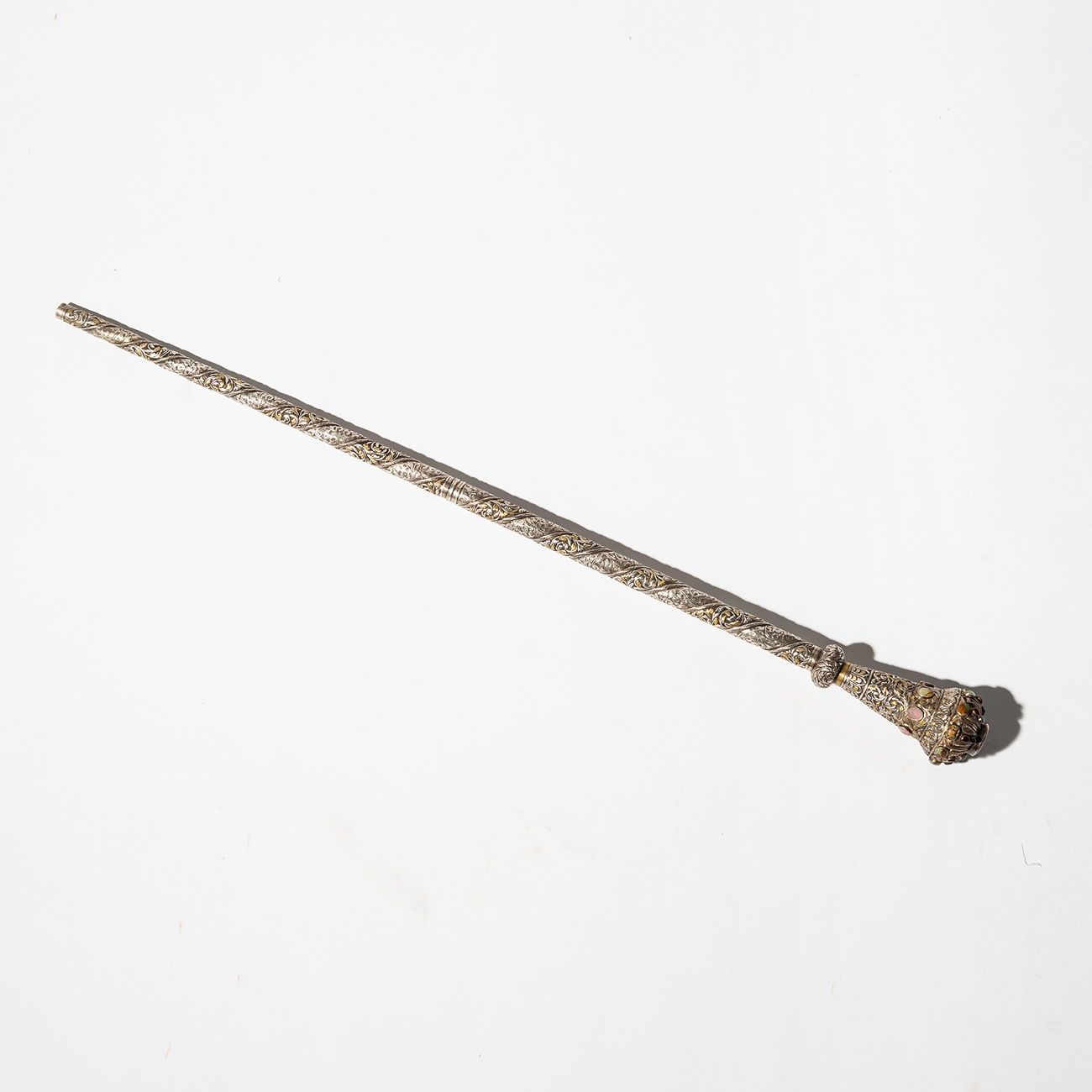 141. A part gilt, silver staff of office in the form of a mace